Video .. The family and friends of the “Maadi Girl” at... 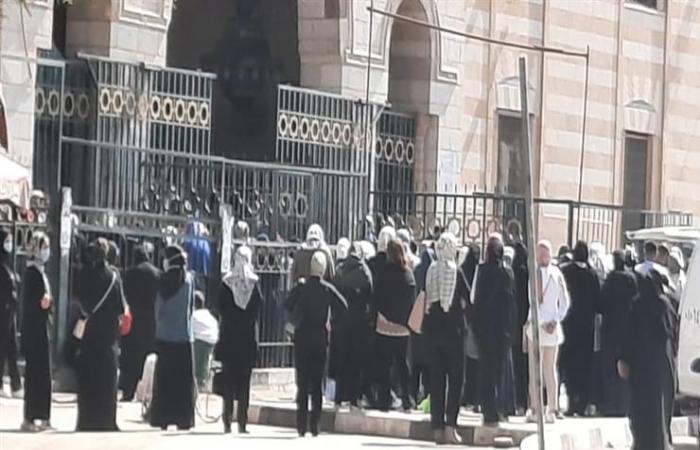 A short while ago, the body of the “Maadi Girl” Maryam Muhammad Ali arrived at the Sayyida Nafisa Mosque to pray over her.

A number of the victim’s friends at work and university, wearing black T-shirts, in addition to her parents and a number of her relatives gathered in front of the Lady Nafisa Mosque to hold funeral prayers on her in the afternoon.

The funeral of the victim is scheduled to take place in the family cemetery in Belbeis, in Al Sharqiya.

The security services arrested two suspects for dragging the victim, Maryam Muhammad, to death, while they stole her handbag in Maadi.

The Public Prosecution is conducting investigations into an accident that claimed the life of a girl in the Maadi neighborhood, after she received a report from the emergency room at the Maadi Police Department within seven oclock that the twenty-four-year-old victim, Maryam, had died.

The Public Prosecution said in a statement, on Wednesday, that a witness informed the police of seeing a car (a white microbus) in which two were traveling. The driver’s escort snatched the victim’s bag from it, which led to her colliding with a parked car and then her death.

These were the details of the news Video .. The family and friends of the “Maadi Girl” at... for this day. We hope that we have succeeded by giving you the full details and information. To follow all our news, you can subscribe to the alerts system or to one of our different systems to provide you with all that is new.