The Mufti of Egypt: Half of the children of European Muslims... 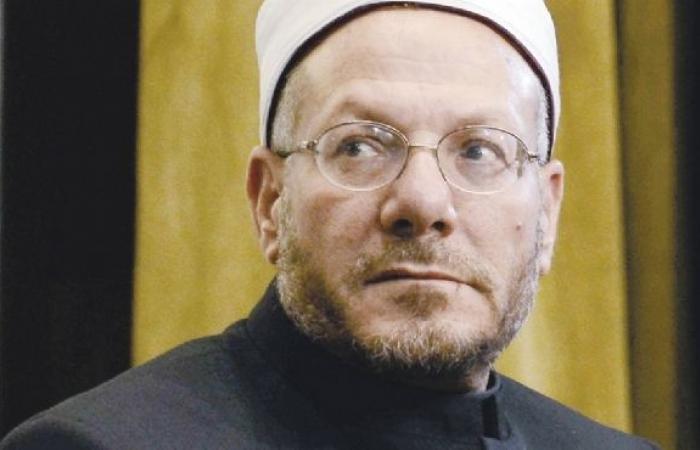 In controversial statements, the Grand Mufti of Egypt, Shawki Allam, said that nearly 50% of the second and third generations of Muslims in Europe belong to the Islamic State.

The Mufti claimed during an interview yesterday on the satellite channel “Sada Al-Balad”, that this percentage was found by a study conducted in 2016.

He said that this result raised many question marks, all of which confirm that there is some imbalance in these countries in their approach to Muslim issues, and among the Muslims themselves who live there.

The Mufti of Egypt did not specify the party that conducted the study, but he said that “the number of Europeans in ISIS is increasing,” adding, “We have concluded that Islamic centers abroad need to review the training, qualification and scientific formation of the religious leader in each center, which must be up to the responsibility to give A true picture of Islam. “

He said, “The system of Islamic centers around the world is often contested by different Brotherhood and non-Brotherhood agendas, and they are funded generously and in various forms because they carry a specific discourse that has already worsened and dwarfed the situation, which made him afraid of it already.”

Regarding linking Islam with terrorism, the Mufti of Egypt said, “Macron’s statements made us greatly sad, and I call for a better understanding of Islam from its respected and approved sources. As for the individual behaviors of some Muslims, we condemn them, but they should not be a criterion nor a basis for judging Islam in its perfection, comprehensiveness and mercy”, calling for cooperation In order to correct the path.

He added, “Islam does not live in a crisis because it came as a mercy to both worlds, but our understanding of Islam may be what leads to the aggravation of the situation because it is far from true and disciplined Islam, and by following the standards of scholars throughout history, we will reach a calm and sober approach without agendas that protects people and countries.”

Allam’s statements sparked a wave of controversy and indignation on social media platforms, and Twitterers asked about the study that he talked about, asking him to disclose its details and make it available to the public for viewing.

Activists considered Allam’s statements as a kind of incitement against Muslim minorities in the West who suffer mainly from racism and persecution.

These were the details of the news The Mufti of Egypt: Half of the children of European Muslims... for this day. We hope that we have succeeded by giving you the full details and information. To follow all our news, you can subscribe to the alerts system or to one of our different systems to provide you with all that is new.