Performance test .. The Egyptian Museum denies the fall of the... 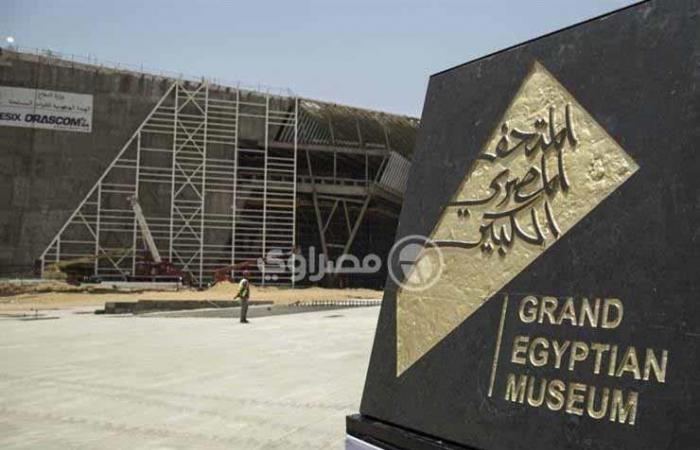 The Grand Egyptian Museum – in cooperation with a specialized company – conducted a performance experiment to start the process of transferring one of the three parts of the obelisk of King Ramses II, coming from the stone maintenance and located in the museum square, in preparation for its regrouping and establishment in the place of its permanent display in the outer yard of the Grand Egyptian Museum.

Major General Atef Miftah, General Supervisor of the Grand Egyptian Museum project and the surrounding area, said that the rumors about the fall and collapse of the obelisk are unfounded, indicating that the obelisk had not been erected in the place designated for it until it fell, explaining that what was only done An audition is performed to move one of the three parts of the obelisk.

He continued: “Due to the cracks and hair holes in them due to the longevity of time, small parts have separated, stressing that all work is done in an organized scientific manner to preserve this effect.”

Major General Moftah emphasized that there is no room for error or chance in the restoration and transfer of this part of the obelisk or anything else, as only specialists in this field perform this task, and specialized companies are also used to transport huge artifacts that need special equipment, under Full supervision of the Grand Egyptian Museum work team.

On the other hand, Major General Moftah indicated that the engineering and archaeological studies on the obelisk indicated that it was transferred from the San Al-Hajar archaeological area, and it is divided into three parts, and the three pieces were received in an official record, and accurate scientific and archaeological studies were done on it, to know the state of its preservation And an understanding of all the surrounding conditions, before starting the restoration, assembly and accommodation works.

He pointed out that the Faculty of Engineering at Cairo University conducted an integrated engineering study on the object of the obelisk, in addition to doing careful research on the method of erecting it, with the selection of the optimal method for fixing and support, and determining the locations of the connections (anchors) for connecting its parts, which were imported from abroad specifically for this work. To become a tourist attraction for the museum in the future, and to remain thousands of years as before.

He explained that the obelisk will be assembled and erected soon, after making sure that all the necessary geological, archaeological and engineering research and studies have been completed, and that the restoration work of the three links of the obelisk has been completed.

These were the details of the news Performance test .. The Egyptian Museum denies the fall of the... for this day. We hope that we have succeeded by giving you the full details and information. To follow all our news, you can subscribe to the alerts system or to one of our different systems to provide you with all that is new.