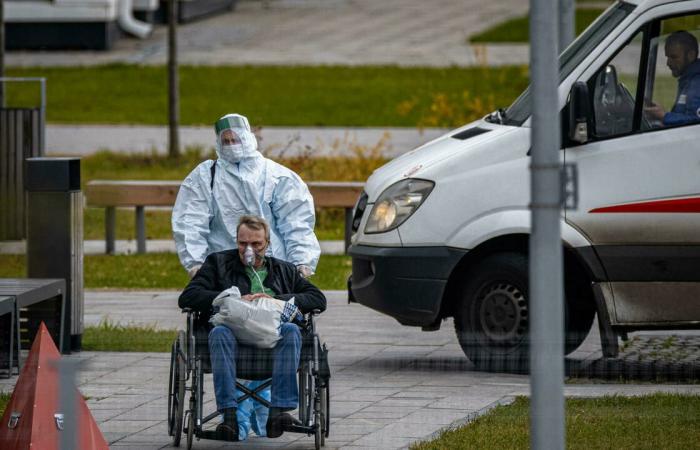 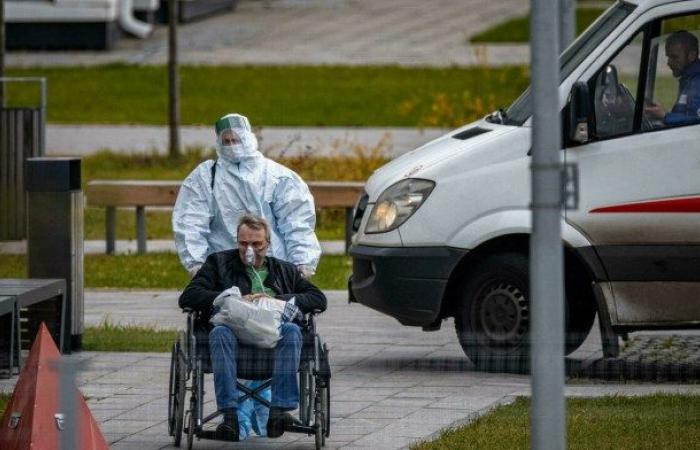 On Wednesday, Russia recorded a new record number of deaths related to the Corona virus during the past 24 hours, amounting to 1,028 deaths, according to government figures that counted 34,073 new infections.

Since June, Russia has been facing an epidemic wave, which the authorities failed to curb, due to the fast-transmitting mutant delta, the slow vaccination campaign, and the weak health restrictions imposed.

After a government meeting dedicated to the epidemic, Putin announced the granting of paid leave from October 30 to November 7 to the population in Russia to try to curb the deadly wave of the Covid-19 epidemic.

The Russian President put forward the idea of ​​starting the vacation period earlier or extending its duration, provided that each region takes the decision that suits it, according to what is required by the situation of the outbreak of the epidemic. He also appealed to uncooperative Russians to get vaccinated.

“Please, be responsible. … To get out of the (epidemic) period: either we get sick or we get the vaccine,” he said. He described the low vaccination rate in Russia as “dangerous”.

The Russian president has previously ordered several times to give periods of paid leave in an effort to curb the epidemic. These short vacation periods were sometimes extended to long weeks.

Putin has long favored this measure aimed at limiting the movement of people and thus stopping the spread of the virus rather than imposing a lockdown on the people, an unpopular measure that could curb the fragile economic recovery.

But it seems that the Kremlin, which until now left the regions the freedom to take their own health measures, has finally acquiesced in the need to act in the face of the deteriorating epidemiological situation.

Russia is the European country most affected by the epidemic, with about 230 thousand deaths, according to the government toll. But this number may be much underestimated, as the national statistics agency, Rosstat, indicated more than 400,000 deaths as of the end of August.

Faced with this reality, Moscow Mayor Sergei Sobyanin announced Tuesday that “the number of people hospitalized with serious cases is also rising every day” and ordered “urgent measures” to protect the most vulnerable, especially the elderly.

Thus, the authorities of the Russian capital ruled the mandatory vaccination of eighty percent of service workers, compared to sixty percent currently, by January 1, 2022, in addition to quarantining all those over sixty years without receiving the vaccine between October 25 and February 25 / February, and remote work for “at least thirty percent” of corporate employees.

But for a number of experts, the actual battle against the virus lies in vaccinations, while Russia is still lagging behind in this field, even though it was one of the first countries to develop a vaccine against Covid-19.

In fact, about a third of Russians, about 144 million people, have received the vaccine completely, according to the specialized website Zhugov, which is a daily toll, because the majority of the population is still suspicious of homemade vaccines.

Independent polls indicate that more than half of Russians do not intend to receive the vaccine.

In the face of the population’s reluctance to receive the vaccine despite the renewed spread of the epidemic, several regions have re-imposed the obligation to present a health certificate to enter public places. As for the obligation to wear a mask in some public places, such as public transport, it is not fully complied with.

St. Petersburg, the country’s second city, announced on Monday that it is obligatory to present this health certificate as of November 1 to be able to attend sports matches or cultural events that include more than 40 people, and as of December 1, to enter restaurants and shops.

Faced with this situation, the Kremlin’s patience seems to be wearing thin. On Tuesday, his spokesman, Dmitry Peskov, called on the Russians to be “more reasonable” and receive the vaccine.

“We are in the habit of holding the state responsible for everything, but at the same time the attitude of the country’s citizens should be more responsible,” Peskov said.

These were the details of the news A week’s paid leave in Russia amid record numbers of deaths... for this day. We hope that we have succeeded by giving you the full details and information. To follow all our news, you can subscribe to the alerts system or to one of our different systems to provide you with all that is new.