‘He died alone in an isolation room’: Friends and family remember... 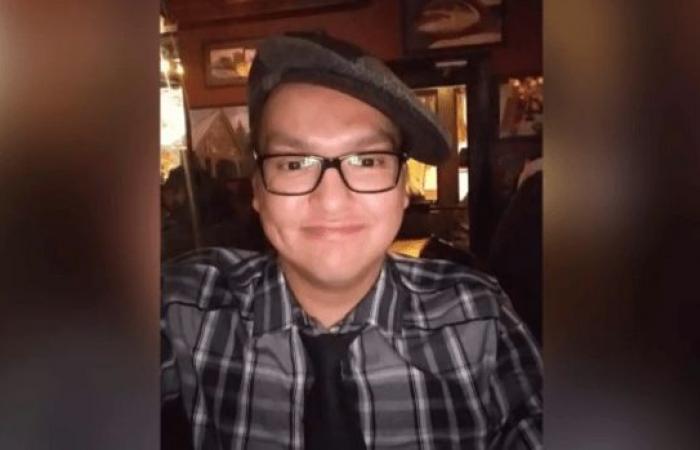 EDMONTON – Family and friends are speaking out after a 36-year-old man died from COVID-19 earlier this week. Desmond Jarvis Brandon died of the illness in an Edmonton hospital. He is one of seven people under the age of 40 to die from COVID-19 in the province so far, but his relatives say it is seven too many.

“When they see a small percentage point of death, so they realize it’s not just a number, they’re all Desmonds, they’re all people we love and are our neighbors. , our family members, our friends and they die, ”says Carl Lovestrom, a friend of Desmond.

“During the time he was in the hospital, he was constantly on duty because he wanted people to know that this is serious. It’s a real problem that happens to real people. ”

“After that he said he was feeling a little better, then three days later he died alone in an isolation room. It makes me sad and angers me.

Lovestrom said Desmond has been careful to follow safety restrictions and provincial regulations and always wears a mask.

Desmond’s mother, Priscilla Kronen, who lives in Manitoba, echoed the sentiment. She told CTV News Edmonton, when she found out Desmond was sick, she wanted to travel to town to visit him. Desmond said no, due to the high number of cases and visitor restrictions.

“He was worried about my safety before his. This is how Dez was, ”she said.

“Two days later he left. That’s how quickly it took him.

Priscilla and Lovestrom are calling on people to take the pandemic more seriously in the hopes of saving another family from the grief they are feeling.

Desmond’s body has now been returned to Manitoba, but Priscilla says due to the restrictions, they won’t be able to have a normal funeral.

“We have a traditional ceremony when we lose loved ones, and for me, I can’t do that for my son. This is what hurts the most.

They both remember Desmond as a kind and loving young man, who was taken away too soon.

“He is 100% invested in helping people. He always put people before him, ”said Priscilla.

“If I ever needed anything, he would be there to lend a hand. He was a very helpful and kind person, ”Lovestrom said.

“He used to talk about what he wanted to be when he was old and now he will never understand that.

With files from Amanda Anderson of CTV News Edmonton.

These were the details of the news ‘He died alone in an isolation room’: Friends and family remember... for this day. We hope that we have succeeded by giving you the full details and information. To follow all our news, you can subscribe to the alerts system or to one of our different systems to provide you with all that is new.