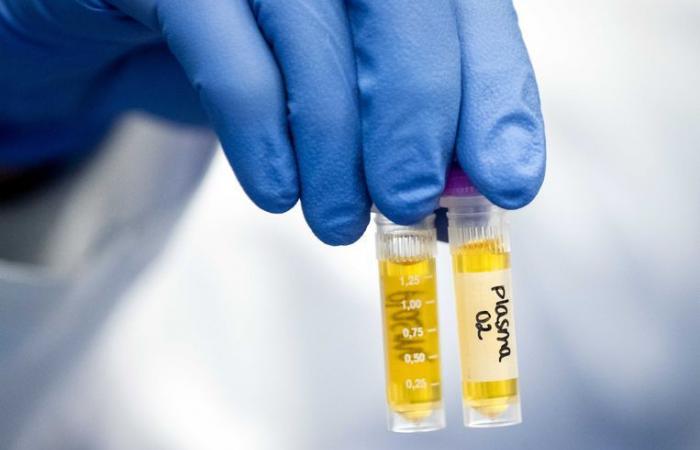 The GGD and Amsterdam UMC have found this in a survey of 2500 Amsterdammers, after it had previously been shown that people with a non-Western immigration background were more often hospitalized in the first corona wave. A month ago, intensive care physician Armand Girbes (Amsterdam UMC) established this again. “More than half of the patients on my IC have a non-Western background.”

“The difference in hospital admissions may be related to poorer basic health,” says fellow researcher Karien Stronks (Amsterdam UMC). “Another explanation could be that people in these migration groups find it more difficult to get to the doctor, which increases the chance of hospitalization. We will investigate this further. ”

It was a great surprise that a quarter of the Ghanaian population in Amsterdam, which numbers about 13,000 people, has antibodies against corona in the blood. The GGD Amsterdam has already established that Ghanaian residents of Amsterdam were admitted the most often. It now appears that there are also many Amsterdam Ghanaians with antibodies who have not felt ill. An overarching factor for that high percentage has not been found. The study shows that it is not due to a lack of knowledge or implementation of the behavioral measures.

Job in cleaning or care

According to researcher Charles Agyemang, from Ghana, the outlier in the Ghanaian group has to do with the work situation. Many have a job in cleaning or care, where keeping a distance or working from home is not possible. And perhaps because of the absence of symptoms, they are less likely to be tested, so that virus transmission does not stop. Other explanations could include more church, family or market attendance and smaller homes.

The data only says something about Amsterdam, Prins emphasizes. “We don’t know what it is like in Rotterdam, The Hague or Utrecht.” Stronks argues that the survey was indeed conducted among the largest population groups in the city, but not among all. “There are about 180 of them.”

Because of the results, the GGD has reached out to representatives and leaders of the Ghanaian community. The results were also shared with GPs in Southeast, where most Ghanaians live.

“Information videos are being made in collaboration with the Ghanaian community,” says a GGD information officer. “Information meetings are also being prepared in Ghanaian churches or community centers.” In places in Southeast where many people gather, reference is made to intensive enforcement of the corona measures. The GGD also seeks contact with employers who employ many Ghanaian Amsterdammers.

The investigation has not mapped out how the transmission routes run: who infects whom? That is why the question has not been answered whether the group of Ghanaian Amsterdammers has little contact with the other population groups studied, as the results seem to suggest.

These were the details of the news Ghanaian Amsterdammers more often have antibodies against corona for this day. We hope that we have succeeded by giving you the full details and information. To follow all our news, you can subscribe to the alerts system or to one of our different systems to provide you with all that is new.