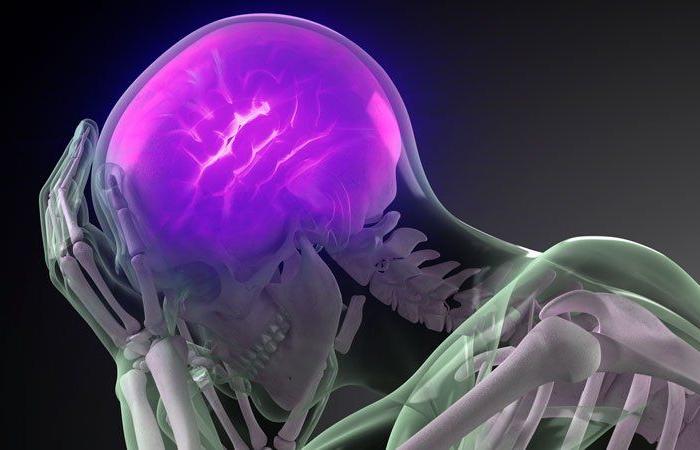 Patients with a history of traumatic brain injury (TBI) are at increased risk for dementia-related pathology, including increased amyloid deposition and reduced cortical thickness, compared to patients without TBI.

The results showed that TBI accelerated the onset of cognitive impairment by about 4 years.

The study is believed to be the first to examine the impact of history of TBI on Alzheimer’s disease (AD) pathology in people at high risk for the disease, according to lead researcher Abdalla Z. Mohamed, PhD student, laboratory for Functional Imaging and Brain Injury, Queensland Brain Institute, University of Queensland, Brisbane, Australia.

“Close monitoring of patients for TBI can enable early prevention strategies and interventions to improve the quality of life for those suspected of being on the Alzheimer’s disease continuum,” said Mohamed Medscape Medical News.

The results were presented at the meeting of the virtual Alzheimer’s Association International Conference Neuroscience Next (AAIC-NN).

Major symptoms of AD often appear at an advanced stage of the disease. However, expression of its major pathological features, including the accumulation of β-amyloid (Aβ) plaques, tau tangles, and neural loss, can begin years to decades before the onset of obvious clinical symptoms.

Detecting early biomarkers and pathologies in AD risk patients “could enable timely interventions that change or weaken the course of the disease,” said Mohamed.

However, little is known about the mechanism underlying this association, he added.

For the current study, the researchers downloaded 241 records from the ADNI (Alzheimer’s Disease Neuroimaging Initiative) database. The data was collected from 14 different locations in North America.

Researchers divided the data sets into groups based on a self-reported history of TBI (mild, moderate, or severe, including concussion) or not, and stratified them based on Clinical Dementia Rating (CDR) score using neuropsychological testing. A CDR score of 0 was considered “normal,” and a score of 0.5 or greater means the participants had signs of dementia.

After excluding amyloid-negative participants, the study included 155 patients over 65 years of age.

The results showed a number of differences between participants with and without TBI. Participants with TBI had increased cortical amyloid deposition, and those with TBI plus signs of dementia had onset of cognitive impairment about 4 years earlier.

In amyloid positive patients, those with TBI had increased amyloid deposition in sites that followed the same amyloid pathology as patients with AD. In addition, the TBI group had reduced cortical thickness.

“Although this study does not provide direct information about the mechanisms that link TBI to AD, it clearly shows that increased formation of Aβ plaques in the brain caused by traumatic brain injury plays an important role in the development of the pathology and symptoms AD connected, “said Mohamed.

Researchers then attempted to reduce the contribution of differences in cognitive status by comparing participants with dementia (17 with a history of TBI, 17 without a history of TBI) who compared with the results of the Mini-Mental State Examination (MMSE) matched.

This analysis showed increased amyloid deposition (cortical SUVr 1.65 versus 1.51; P. = 0.05) in the TBI group as well as earlier occurrence of cognitive impairment (64.8 years versus 68.8 years; P.

A new piece of the puzzle

Comment on the study for Medscape Medical NewsHeather Snyder, PhD, vice president of medical and scientific operations for the Alzheimer’s Association, said she shed new light on how TBI “can make a person more prone to an increased risk of AD.”

What is particularly interesting about the study is that the work in this area “goes a step further to understand what biology may be at play,” said Snyder, who was not involved in the research.

She added that this was one of the larger studies of its kind and involved “a pretty decent number of participants.”

The U.S. Center for Disease Control and Prevention estimates that approximately 1.5 million Americans suffer from TBI each year. and TBI can affect the immune system as well as changes in tau protein, one of the hallmarks of AD, Snyder said.

Exactly how these overlap and “how does this affect elevated amyloid levels” is “really an interesting question in this study,” she added.

While this study adds a new piece to the AD puzzle, “understanding the full puzzle will ultimately tell us who is at higher risk,” said Snyder.

The study was funded by the Motor Accident Insurance Commission in Queensland. The data acquisition and release for the project was financed by ADNI.

These were the details of the news Traumatic brain injury related to accelerated risk of Alzheimer’s disease for this day. We hope that we have succeeded by giving you the full details and information. To follow all our news, you can subscribe to the alerts system or to one of our different systems to provide you with all that is new.