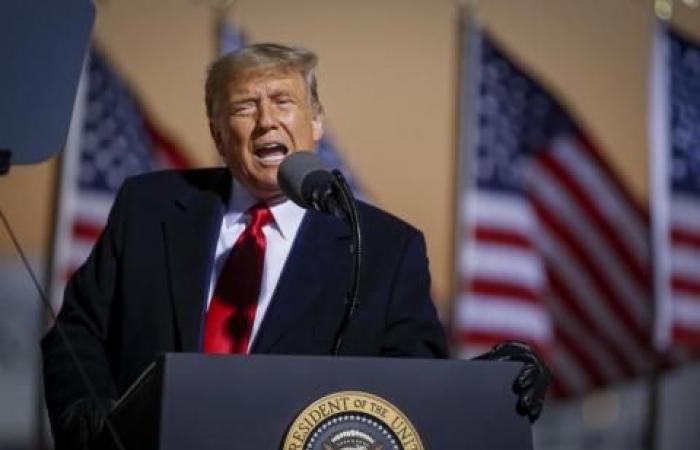 Yesterday (Friday) US President Donald Trump accused doctors of inflating the numbers of Corona virus deaths to achieve financial gain while infections, critical cases and deaths increased across the country, according to “CNN”.

“Our doctors get more money if someone dies of (Covid-19),” Trump said. You know that, right? I mean, our doctors are very smart. So what they do is they say that everyone dies of (Corona), without citing any evidence. ”

Trump’s statement is an attack on medical workers as the country faces its worst public health emergency in more than 100 years. Yesterday evening, more than 90,000 Americans were diagnosed with Corona, and at least 929 deaths were reported, according to a count from Johns Hopkins University. Two states, South Dakota and Wyoming, had their highest daily death toll on Thursday.

And medical experts had long predicted that the fall and winter would lead to a sharp rise in cases of coronavirus infection with lower temperatures across the country, as people began to spend more time indoors, enabling the virus to spread more easily.

According to “CNN”, there is no evidence to indicate that hospitals or doctors are inflating the numbers of their Corona virus. According to new research published this month, there was a 20 percent increase in deaths between March 1 and August 1 than would normally be expected.

The American Medical Association condemned, without naming the president, allegations that doctors inflate the number of Corona patients they treat, describing these statements as “completely misleading.”

“The suggestion that doctors – in the midst of a public health crisis, are lying to make money – is a completely outrageous and misleading charge,” said Dr. Susan Bailey, president of the American Medical Association.

“Throughout this pandemic, doctors, nurses, nurses and health care workers have risked their health, safety and lives to treat their patients and defeat a deadly virus,” Bailey added.

Trump also indicated that other countries attribute deaths among Corona virus patients with disease conditions to other factors, but in the United States, doctors choose the virus as the main cause because they get additional money.

This is not the first time that Trump has questioned the accuracy of the death count due to “Covid-19” in the United States. “Doctors and hospitals are getting more money because of reporting Corona cases,” he said last Saturday. “Their reporting systems are really not doing it right.”

These were the details of the news Trump Accuses Doctors Of Inflating Corona Deaths To Make “More Money” for this day. We hope that we have succeeded by giving you the full details and information. To follow all our news, you can subscribe to the alerts system or to one of our different systems to provide you with all that is new.