Covid-19 antibodies decline over time, but experts say there is no... 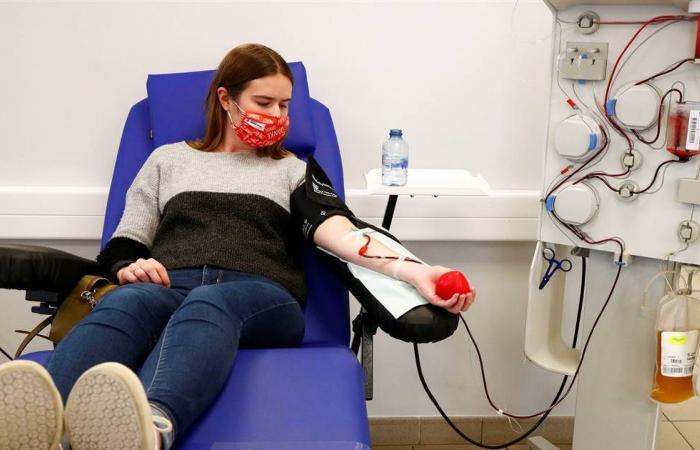 Antibodies and other immune responses have been the focus of coronavirus research as there are important implications for how long people can be protected before a vaccine is available. For example, if antibodies confer long-lasting immunity, infected individuals can be protected until a viable vaccine is available. However, declining antibodies could mean Covid-19 survivors are at risk of re-infection.

A couple of studies published this week caused some confusion because of their mixed results. An article published in Science magazine, led by scientists in New York, found that Covid-19 antibodies developed by the immune system remained at stable levels for about five months. Two days earlier, a preprint study, which had not yet been peer-reviewed, found that hundreds of thousands of participants across England had their antibody levels falling rapidly, falling by more than 26 percent over a three-month period.

Most experts agree that antibody levels can be expected to decline over time, and that these decreases are generally irrelevant.

“When you think about basic immunology, you should have an antibody response first, and then that antibody response should go away,” said Ritesh Tandon, an associate professor of microbiology and immunology at the University of Mississippi Medical Center who also wasn’t involved in the study. “Antibodies are dynamic – they aren’t even made and they stay in the blood.”

“Just because your antibody levels go down doesn’t mean you lose protection,” he said at a National Institutes of Health press conference Thursday.

In the study recently published in Science, researchers from the Icahn School of Medicine at Mount Sinai used a database of immune responses from 30,000 New Yorkers who tested positive for the coronavirus between March and October and monitored 121 volunteers over time.

The researchers found that antibody responses peaked around two to three months after infection. And in 90 percent of people who recovered, antibody levels went down but remained stable for about five months, said Dr. Ania Wajnberg, Associate Professor of Medicine at the Icahn School of Medicine and co-author of the Mount Sinai study.

A “majority of patients have a relatively robust response and that has persisted over time until now,” she said.

In the British study, scientists at Imperial College London found that antibody prevalence among British participants fell from 6 percent at the end of June to 4.4 percent in September. Using at-home tests that were distributed to more than 365,000 people, the researchers observed a decrease in antibody levels of more than 26 percent over three months.

However, there were limitations in the UK study. Although the study had hundreds of thousands of participants, the researchers did not follow the same people over time. The study also did not accurately measure antibody levels.

“The sensitivity between the two tests is a major difference,” said Alan Wu, professor of laboratory medicine at the University of California at San Francisco who was not involved in either study. “It’s a little bit of apples and oranges in the sense that the studies are not done in the same way.”

Despite the seemingly different results of the two studies, both may be true, said Dr. Arturo Casadevall, Chair of the Department of Molecular Microbiology and Immunology at the Johns Hopkins Bloomberg School of Public Health. It’s not inappropriate – or especially alarming – for antibody levels to drop rapidly after a person has recovered and then remain at much lower levels for some time, he said.

“We know other coronaviruses tend to induce immunity that doesn’t last long,” Casadevall said. “The question is, how many antibodies do you need to prevent re-infection? You may need very little. “

However, antibodies aren’t the only weapons in the immune system’s arsenal. There are cellular immune responses that recognize a virus and could provide protective immunity. People who have been infected with a virus usually also produce “memory cells” that can recall certain pathogens and quickly mobilize a defense against a new infection.

“Antibody immunity is only part of immunity,” said Casadevall. “If you have an immunological memory, it means it will take your body less than two weeks to figure out how to react if you are confronted with the coronavirus again. This memory could occur immediately. “

There is no easy way to identify memory cells and cellular immune responses in recovered patients, but this is an active area of ​​research, according to Tandon. And so far, immune responses to the coronavirus are more or less in line with other known coronaviruses, he added.

“It plays by the rules of immunology – it’s not an alien virus that we don’t seem to know about,” said Tandon. “I haven’t seen anything that leads me to believe that this is a virus that is very different from anything we’ve seen before.”

These were the details of the news Covid-19 antibodies decline over time, but experts say there is no... for this day. We hope that we have succeeded by giving you the full details and information. To follow all our news, you can subscribe to the alerts system or to one of our different systems to provide you with all that is new.