Wrinkled “super peas” could be added to foods to reduce the... 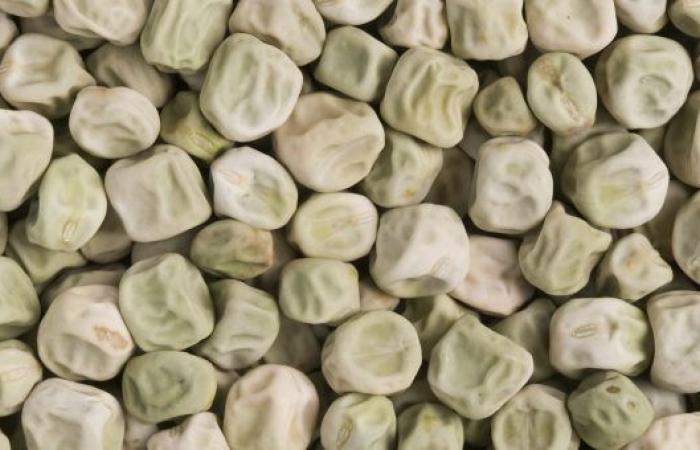 A type of wrinkled “super pea” can help control blood sugar levels and reduce the risk of type 2 diabetes, suggests a new study.

Research by scientists at Imperial College London, the John Innes Center, Quadram Institute Bioscience, and the University of Glasgow suggests that including peas in foods in the form of whole pea seeds or flour can help combat the global type 2 diabetes Epidemic can contribute.

The work, published in Nature Food magazine and funded by the BBSRC, focused on a naturally occurring species of pea. In contrast to normal (smooth) peas, they contain higher amounts of “resistant starch”, which the body takes longer to break down.

The study shows that when compared to eating smooth peas, wrinkled peas prevented “sugar spikes” – which cause blood sugar levels to rise sharply after a meal. The same effect was observed when eating crumpled pea flour in a mixed meal.

According to the researchers, this could be important as large sugar spikes often increase the risk of diabetes. They add that flour made from their “super peas” could potentially be used in widely consumed processed foods that, if consumed long term, could prevent those sugar spikes.

Dr. Katerina Petropoulou, lead author of the study by the Center for Translational and Nutritional Food Research at Imperial College London, said: “Despite national campaigns to promote healthy eating, diagnosis rates for type 2 diabetes continue to rise. An alternative nutritional strategy to maintain normal blood sugar levels in the population is to improve the composition of frequently consumed foods. There is a lot of evidence that diets high in carbohydrates, known as resistant starches, have beneficial effects on controlling blood sugar levels, thereby reducing susceptibility to type 2 diabetes. ”

The peas used in the research are similar to the frozen peas you can buy at the grocery store. They are also the same as those used by the famous scientist Gregor Mendel in the 19th century to show how dominant and recessive genetic traits can be passed on through selective breeding.

In these latest experiments, however, the researchers used larger, more mature versions of those typically found in the freezer. This is because larger, ripe peas contain more so-called “resistant starch”. The high amount of resistant starch is due to the way the starch is made in the cell and the fact that the cells themselves are more resistant to digestion.

Starch is a compound that the body breaks down to release sugar, but resistant starch breaks down more slowly, so sugar is released into the bloodstream more slowly, resulting in a more stable surge, rather than a spike.

In the most recent study, researchers used a type of ‘super pea’ – wrinkled peas with a naturally occurring genetic mutation or variant that produces more resistant starch but lower total carbohydrate content.

During a series of experiments, the team gave healthy volunteers a mixed meal of 50 grams of crumpled peas and, in a series of control experiments, regular “smooth” peas. Working with the University of Glasgow, researchers also added a tracer molecule to the peas to help track how they were absorbed and digested by the human gastrointestinal tract.

They repeated the experiments with flour made from crumpled peas or control peas. To further study the effects of long-term consumption, they recruited 25 volunteers and asked them to consume pea hummus and pea pulp (made from wrinkled or control peas) over a four-week period.

Professor Gary Frost, lead author of the study and director of the Imperial Center for Translational and Nutrition Food Research, said, “The ‘Super Pea’ contains a naturally occurring variant gene, meaning that it is rich in resistant starches. These starches are not completely digested in the upper part of the digestive tract and are available for fermentation by bacteria in the colon. ”

Previous research by the same group has shown that when these bacteria ferment the starch, they produce compounds called short chain fatty acids. These compounds, in turn, aid the functioning of cells that produce insulin, which helps control blood sugar.

Further tests, using an imitation of the human gut, conducted by researchers at Quadram Institute Bioscience, showed that the way the peas were prepared and cooked had an impact on how quickly they were digested. The researchers also showed that our gut microbiota had significant benefits because of the fermentation process that took place there.

Professor Pete Wilde of the Quadram Institute said, “This study showed us that by preparing these peas in certain ways, we can further reduce blood sugar spikes and open up new possibilities for making healthier foods using controlled food processing techniques.”

The researchers are now planning further studies with volunteers with early-stage type 2 diabetes. This also includes an extensive pea breeding program with the help of industrial partners in order to develop more “super peas” with the resistant starch. You will also examine the genetic background of commonly consumed legumes (beans) to see if similar genetic variations in other cultures have the same beneficial health effects.

Professor Claire Domoney of the John Innes Center in Norfolk said, “This research has highlighted the value of developing the lines of peas used in this study, which can be meaningfully compared and which have been bred for years. It also shows how

Plant genetics can be used effectively in many disciplines to study the effects of food on human health. ”

The authors of the study point out that not only peas have the resistant starch mutation. Other research focuses on breeding the mutation to staple foods like rice and wheat. With modern genomic tools, there is the potential for the discovery or creation of the mutation in a number of seed and grain cultures that make up many of the high-carb foods we consume.

Professor Melanie Welham, Executive Chair of the BBSRC, said: “Investing in plant research like this collaboration between Imperial College, Quadram Institute and the John Innes Center will develop new solutions that will help solve the health problems that many people face across the country are affected. Long term benefits come from long term investments that enable our research base to meet new and emerging challenges. ”

These were the details of the news Wrinkled “super peas” could be added to foods to reduce the... for this day. We hope that we have succeeded by giving you the full details and information. To follow all our news, you can subscribe to the alerts system or to one of our different systems to provide you with all that is new.