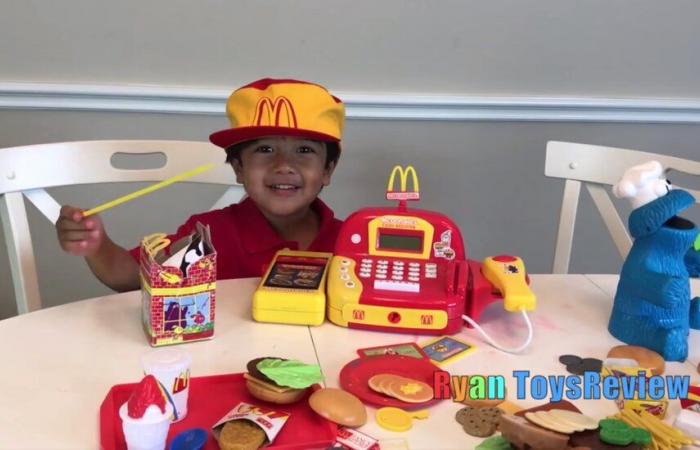 In a statement, Sunlight Entertainment, the production company of Ryan’s World, said the station “cares deeply about the well-being of our viewers and that their health and safety is our top priority. Therefore, we strictly follow all platform terms of use, as well as all FTC guidelines and federal, state, and local-level laws and regulations. “

The statement said that Ryan’s World welcomed the results of the new study, adding, “As we continue to develop our content, we look forward to how we can work together in the future to promote the health and safety of our audiences.”

Other popular children’s channels on YouTube feature child influencers doing taste tests with oreo cookies, pop tarts, and Ben & Jerry’s ice cream, or sitting in toy cars ordering fast food at drive-throughs for Taco Bell, McDonald’s, Burger King, KFC, and other chains. “This is basically an advertiser’s dream,” said Dr. Bragg. “These children are celebrities, and we know from other rigorous studies that younger children prefer products recommended by celebrities.”

To document the extent of the phenomenon, Dr. Bragg and her colleagues reviewed five of the top child influencers on YouTube, including Ryan, and analyzed 418 of their most popular videos. They found that food or drink was included in these videos 271 times, and 90 percent of them were “branded unhealthy” items. Some of the brands featured most frequently were McDonald’s, Hershey’s, Skittles, Oreo, Coca-Cola, Kinder, and Dairy Queen. The junk food videos have been viewed more than a billion times together.

The researchers could not always say which products the influencers were paid for, partly because sponsorships are not always clearly disclosed. The Federal Trade Commission has stated that influencers should “clearly and prominently” disclose their financial relationships with brands whose products they promote on social media. However, critics say the policy is rarely enforced and that influencers often ignore it.

Last year, several senators called on the FTC to investigate Ryan’s world, accusing the network of advertising Carl’s Jr. without revealing that it was advertising. The Council of Better Business Bureaus, an industry regulatory group, also found that Ryan’s World contained sponsored content from advertisers without proper disclosure. And a year ago, the Truth in Advertising surveillance group filed a complaint with the FTC accusing the channel of deceiving children through “sponsored videos, which often look like organic content.”

These were the details of the news Do ‘kid fluencers’ make our children fat? for this day. We hope that we have succeeded by giving you the full details and information. To follow all our news, you can subscribe to the alerts system or to one of our different systems to provide you with all that is new.