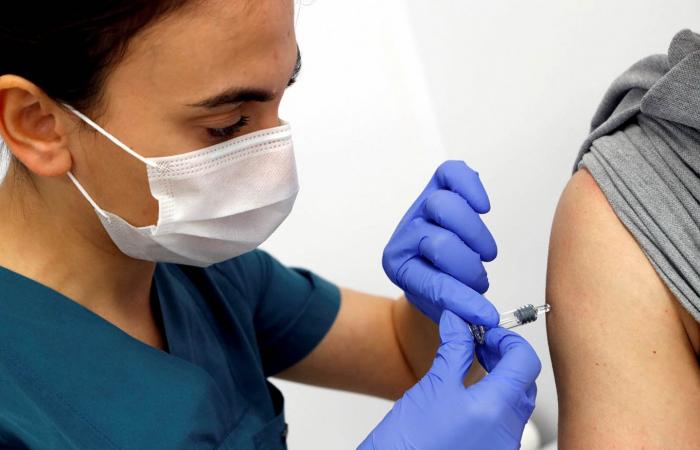 Indonesia’s doctors have warned the government not to speed up their COVID-19 vaccination programs and instead wait patiently for the results of ongoing studies to be published as the state pushes for approval of the emergency use of vaccine candidates currently being developed in China.

Several professional associations have expressed alarm over how the government is relying on the success of unfinished vaccines to solve the problems associated with the coronavirus outbreak in the country, despite little evidence of the effectiveness and safety of vaccines for human use.

“Vaccination is an important program, but it cannot be accelerated,” the Indonesian Medical Association (IDI) said in a statement to Health Minister Terawan Agus Putranto.

The IDI said the government must select vaccines that have given good official results from the final stages of clinical testing that demonstrated their effectiveness, safety, and immunogenicity – the ability to induce immune responses.

“We can see other countries are also taking precautionary measures by waiting for more data from phase three clinical trials [to be published]“Said the club on Wednesday.

Meanwhile, internists from the Indonesian Society of Internal Medicine (PAPDI) made a similar statement the day before, arguing that it would take some time to demonstrate the effectiveness, immunogenicity and safety of a test vaccine, so “no rush consists”.

Also read: The government will have to prepare for bumps when setting a vaccination roadmap, experts advise

However, the government appears intent on granting emergency clearance to the three Chinese vaccine candidates it is working on as soon as possible.

It hired a team with institutions like the Food and Drug Monitoring Agency (BPOM) to head to China to examine the data from the studies.

“You will proceed as planned,” confirmed Achmad Yurianto, Director General of the Ministry of Health for Disease Control and Prevention, the task of the BPOM team on Friday.

No vaccine has yet been approved for full use. However, by allowing emergency use, countries could use unauthorized vaccines without the need for marketing authorization – albeit to a limited extent.

Such a policy decision can only be triggered in an emergency where there is no adequate, approved, and available alternative for treating a disease.

The three vaccines in question come from the Chinese companies Sinovac, Sinopharm and CanSino Bio, which, according to Yurianto, have completed their trials in a number of countries, such as Brazil, Canada and Turkey.

However, Reuters reported on several occasions that Canada announced an end to its vaccination partnership with CanSino in August and that a Turkish official was quoted as saying that the Sinovac studies did not begin until September.

It was also reported that in a study of 9,000 volunteers, Brazilian researchers found that Sinovac’s CoronaVac vaccine was safe, but they wouldn’t publish data on its effectiveness until the studies with all 13,000 volunteers were completed.

A volunteer is being injected with an experimental Chinese COVID-19 vaccine as Turkey began final phase 3 trials on September 25 at the Kocaeli University Research Hospital in Kocaeli, Turkey. (REUTERS / Murad Sezer)

Unlike Yurianto, the Indonesian head of the Sinovac vaccine clinical trials research team, Kusnadi Rusmil, said Thursday that none of the three vaccine candidates had completed their phase three clinical trials.

In Indonesia, the state-owned pharmaceutical holding Biofarma is currently conducting trials with 1,620 volunteer participants that began in August and were led by researchers from Padjadjaran University in Bandung, West Java. An interim analysis of the studies is expected in early 2021.

Meanwhile, Yurianto said China had approved the emergency for these vaccines for Chinese healthcare workers and military personnel. He said the companies had pledged to provide vaccines to a total of 9.1 million Indonesians in November and December, which the government would use for the first time for healthcare workers.

“Security in availability [of vaccines] depends very much on the emergency permit issued by BPOM and the Halal recommendation of the MUI [Indonesian Ulema Council], for which we are currently exchanging data, ”said the senior ministerial official during a virtual press conference on Monday.

“All of this will be completed by the end of October. By the first week of November, we hope the vaccines will be safe in terms of the “benefits and risks” issued by BPOM, as well as the halal status of the MUI, “he added.

The IDI said that even if Indonesia were forced to use the emergency approval system, it was certain that BPOM would take into account effectiveness, safety and immunogenicity, as well as maintain independence and professionalism.

Pulmonologists from the Indonesian Society of Respirology have also issued a statement calling for any vaccine that enters Indonesia to undergo clinical trials on its own population before it can be approved for use.

Vaccines developed abroad run the risk of being incompatible with the genetic makeup of the local population.

However, BPOM’s director of drug registration Lucia Rizka Andalucia said it was possible to refer to clinical trial results from other countries in making decisions, although she recognized that countries are still better off on their own to leave relevant study data.

Clinical trials for a vaccine to treat a disease are often multicenter in nature, meaning that data from trials in different countries could be combined.

As a result, authorities like BPOM could approve emergency use as long as they deem the test samples appropriate and a vaccine can be demonstrated to be safe and effective, she said.

Lucia also said that BPOM would only approve emergency use if the benefits outweigh the risks and if approval was based on analysis of clinical and non-clinical data and only with sufficient evidence of safety and effectiveness.

The agency would also review that vaccine manufacturers were following good manufacturing practices, had strict pharmacovigilance – post-approval monitoring to determine adverse effects – and reviewing the approval decision with updated data based on criteria and standards referenced around the world , for example from the WHO.

“BPOM remains independent in its decision-making,” said Lucia. “It’s not alone; There is the National Committee for Drug Evaluation, which always works with a team of experts when making decisions. ”

These were the details of the news Don’t rush with COVID-19 vaccines, doctors tell government they’re keeping an... for this day. We hope that we have succeeded by giving you the full details and information. To follow all our news, you can subscribe to the alerts system or to one of our different systems to provide you with all that is new.