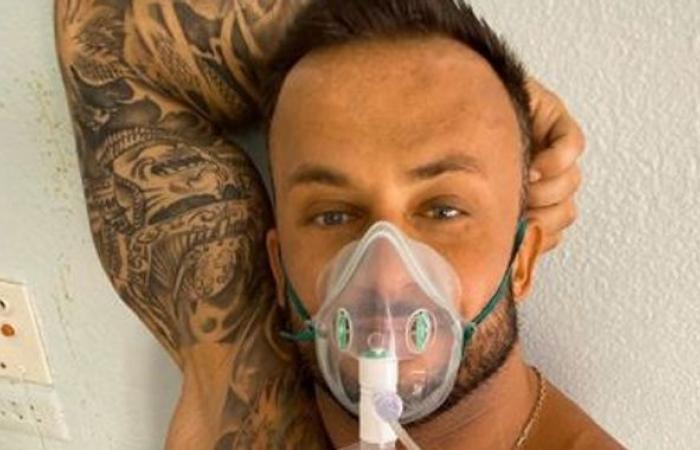 A fitness “influencer” who believed COVID-19 did not exist died of the virus at the age of 33.

Dmitriy Stuzhuk fell ill with the disease while traveling to Turkey and was hospitalized on his return to his native Ukraine after testing positive.

The social media star, who campaigned for a healthy life, was discharged from the hospital after eight days, but the virus caused heart complications.

After he was returned to the hospital, his ex-wife Sofia, 25, said he was in “severe condition” and “passed out”.

She told her followers that he “has problems with his cardiovascular system … his heart is not working properly”.

“His condition is extremely serious. Nobody can do anything with it.

She later announced his death and added: “All that remains are warm memories, three beautiful children and valuable experiences.”

Previously, Mr Stuzhuk had posted on social media from his hospital bed, saying he woke up in Turkey with a swollen neck and had difficulty breathing.

He told his 1.1 million followers, “I want to share how I got sick and give everyone a strong warning.

“I was one who thought Covid didn’t exist … until I got sick.

Dmitriy and Sofia Stuzhuk separated six months ago, but they had three children, the youngest only nine months old.

These were the details of the news Influencer Dmitriy Stuzhuk dies of COVID-19 after denying its existence for this day. We hope that we have succeeded by giving you the full details and information. To follow all our news, you can subscribe to the alerts system or to one of our different systems to provide you with all that is new.