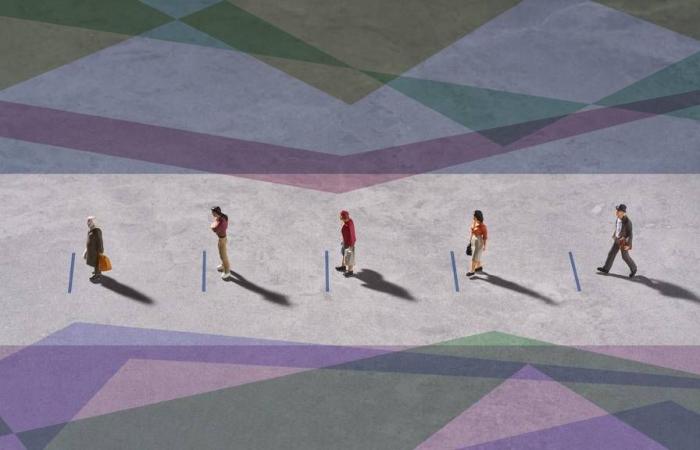 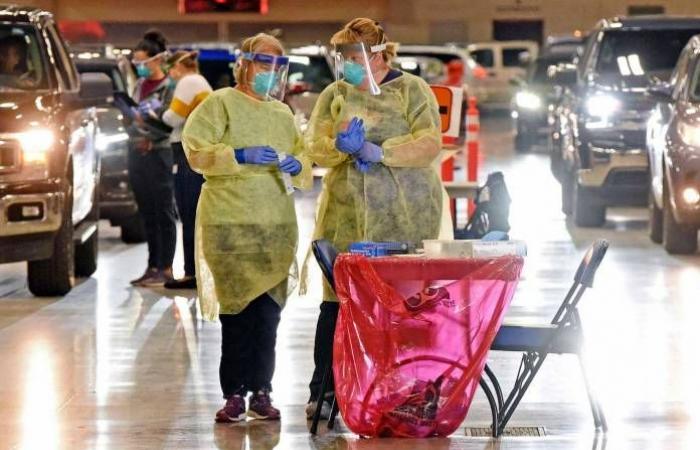 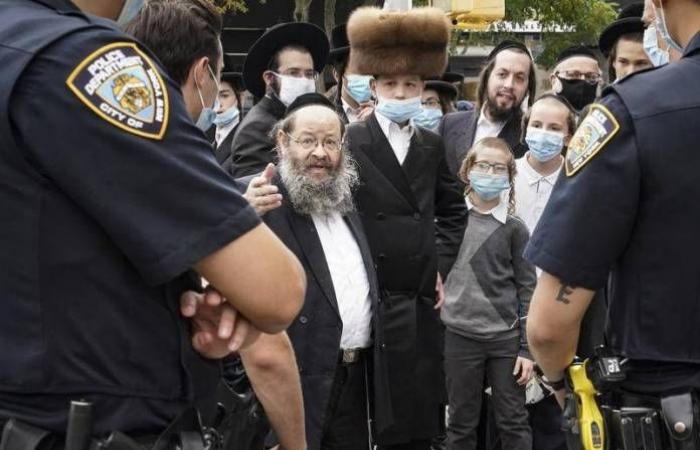 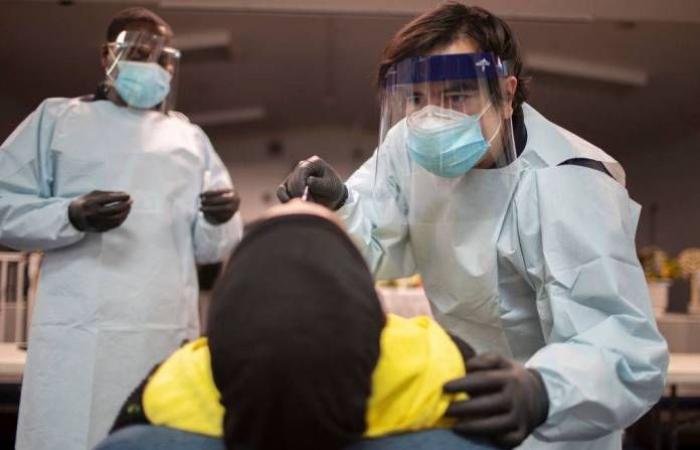 It was a rash that made Dr. Alisa Femia gave a tip.

Femia, director of inpatient dermatology at NYU Langone Health in New York City, looked at a patient record that contained several photos of the 45-year-old man who had looked after his wife for the past few weeks while she was sick with COVID- 19th

The man had dark red circular marks on the palms and soles of his feet.

His eyes were pink and his lips were extremely chapped.

His body erupted with the type of extreme inflammation observed almost exclusively in children at the time.

“Before I even saw the patient,” Femia recalled, “I said, ‘This has not yet been reported. This must be MIS-A. ‚”

MIS-A stands for “Multi-System Inflammation Syndrome in Adults”. When the condition was discovered in children this spring, it was named MIS-C, where C stands for “children.”

Children developed dangerous inflammation around the heart and other organs, often weeks after they first became infected with SARS-CoV-2, the virus that causes COVID-19.

The Centers for Disease Control and Prevention brought MIS-C to the attention of doctors in May. As of October 1, the CDC had reported 1,027 confirmed cases of MIS-C, with additional cases being investigated. Twenty children died.

In some cases, the children developed rashes, as Femia found in her adult patient.

Femia and colleagues published details of the case in The Lancet in July to alert other doctors to look out for similar patients.

“The skin is right there in front of your eyes,” said Femia.

But many doctors may not recognize the condition in adults. Only a few dozen cases of MIS-A have been reported. And not all patients have obvious rashes.

Dr. Sapna Bamrah Morris, clinical director of the Health Systems and Occupational Safety Task Force, which is part of the CDC’s COVID-19 response, explained 27 cases in a report the agency released last week.

“We have to get the doctors to see that. “

“It may be rare, but we don’t know. It could be more common than we think. “

Part of the problem is that the coronavirus has been circulating among people for less than a year.

Doctors around the world are still learning how SARS-CoV-2 works in patients.

Typically, seriously ill COVID-19 patients come to the hospital because they have difficulty breathing. This was not the case with MIS-A.

Many MIS-A patients report fever, chest pain or other heart problems, diarrhea or other gastrointestinal problems – but not shortness of breath.

And diagnostic tests for COVID-19 tend to be negative.

Instead, patients will test positive for COVID-19 antibodies, which means they were infected two to six weeks earlier, even if they never had symptoms.

“Just because someone doesn’t have respiratory symptoms as the primary manifestation doesn’t mean that what they’re experiencing isn’t due to COVID-19,” said Morris.

The disease can be life threatening.

Patients usually have severe dysfunction in at least one organ, such as the heart or liver.

Ten patients in the CDC report had to be hospitalized in intensive care units. Some had to be connected to fans. Two died.

In addition, the CDC report has shown that members of racial and ethnic minorities appear to be disproportionately affected. Almost all of the patients with MIS-A were African American or Hispanic American.

However, far too few cases have been reported to fully understand the underlying mechanisms.

While some kind of genetic link may be possible, COVID-19 has been shown to “disproportionately affect underrepresented minorities, likely due to socio-economic factors,” Femia said.

Fundamental health conditions that increase the risk of COVID-19 complications, such as obesity and type 2 diabetes, are also more common among racial and ethnic minority groups.

Over the summer, doctors in Florida noted an increase in COVID-19 cases.

Dr. Lilian Abbo, Head of Infection Prevention at Jackson Health System in Miami, recalls a “very high number of people who come through our emergency rooms or hospitals and get very sick.”

The most sensitive and reliable test for COVID-19, known as the PCR test, has not always been available and it can take several days to return results. Abbo turned to antibody testing to move the influx of patients to a COVID-19 unit or elsewhere in the healthcare system.

People generally develop antibodies to an infection within a week or so.

At the very least, it would give Abbo and her colleagues an indication that COVID-19 was somehow involved in their patients’ symptoms, she argued.

At that point, Abbo discovered a subset of patients seriously ill post-COVID-19 but without the tell-tale lung problems of an acute infection.

“We were a little upset,” said Abbo.

“We would do the molecular PCR tests and they would be negative. Then the antibody tests were positive. “

While most seriously ill COVID-19 patients are over 65 years of age or have multiple underlying health problems, these patients were “younger people who would be expected not to get sick,” Abbo said.

“That caught our attention.”

There is no proven treatment for MIS-A. “We need to identify this syndrome and develop data” to find out which therapies are most effective, “Abbo said. “We all just shoot blind.”

Dr. Jill Weatherhead, assistant professor of infectious diseases and tropical medicine at Baylor College of Medicine in Houston, points out that the CDC case reports show that doctors have tried a variety of drugs for MIS-A patients, including steroids and possibly drugs that affect the immune system called interleukin-6 inhibitors.

“The problem with these diseases is that we don’t know the mechanisms that cause MIS-A and MIS-C,” said Weatherhead. “It is difficult to know what standard treatment should look like until we have more information.”

In children, MIS-C is generally treated with intravenous immunoglobulin, a blood product that contains a variety of antibodies. That can be used for adults too, but the effects are largely unproven.

Intravenous immunoglobulin, or IVIG, is different from another blood-derived antibody treatment called convalescent plasma. The latter comes from patients who have recovered from COVID-19 and have antibodies to the virus in their blood. IVIG, on the other hand, is more of a collection of antibodies that are not specific for the coronavirus.

It is assumed that MIS-A patients already have COVID-19 antibodies, so it is unlikely that more will be added with convalescent plasma.

The current theory for MIS-A patients is, “As far as we know, the infection is gone,” said Dr. Hugh Cassiere, director of intensive care at Sandra Atlas Bass Heart Hospital at North Shore University Hospital in Northwell Health, on Long Island, New York.

“It is the antibodies that are produced that appear to be causing a problem,” he said.

Cassiere was part of a large team of doctors treating the surge in COVID-19 patients in New York this spring. Although MIS-A had not been identified at this point, Cassiere believes that such patients have existed all along.

“We have seen patients admitted to intensive care with organ failure,” said Cassiere. They would test negative for COVID-19, he said, but positive for COVID-19 antibodies, which suggests they had previously been infected.

“You look back and you probably had this multi-system inflammation syndrome,” said Cassiere. “We didn’t have all the pieces together.”

Months later, the puzzle begins to reveal itself.

However, an all-hands-on-deck approach is required to identify patients with MIS-A.

“This needs to be a priority for any ICU doctor who sees patients, especially if they have COVID-19 antibodies,” Cassiere said.

Given Femia’s experience, this includes those who specialize in dermatology.

“That’s really the beauty of medicine, where this syndrome has to have a lot of different specialists come together to make the diagnosis,” said Femia.

Doctors fear that many MIS-A patients will go undetected – and possibly go untreated.

“There isn’t enough data for me to tell you what the long-term effects this could be,” said Cassiere. “This could be the tip of the iceberg. I’m worried about that. “

These were the details of the news The COVID-19 complication in children known as multi-system inflammation syndrome occurs... for this day. We hope that we have succeeded by giving you the full details and information. To follow all our news, you can subscribe to the alerts system or to one of our different systems to provide you with all that is new.