FEATURE-Next pandemic? Deforestation in the Amazon can trigger new diseases 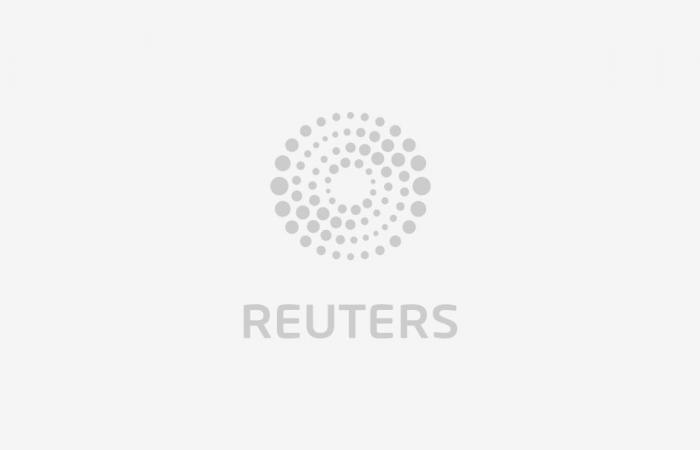 Changes in the Amazon are driving displaced animal species, from bats to monkeys to mosquitoes, into new areas and opening up the region to the arrival of savanna-adapted species, including rodents.

These shifts, combined with greater human interaction with animals as people move deeper into the forest, increase the likelihood of virulent viruses, bacteria, or fungi jumping, said Adalberto Luís Val, researcher at INPA, the National Institute for Research in the Amazon. based in Manaus.

Climate change, which leads to temperature and precipitation changes, increases the risks, said the biologist.

“There is great concern because… organisms are being displaced. They are trying to adapt, facing these new challenging scenarios by changing locations, ”Val told the Thomson Reuters Foundation in a telephone interview.

The Evandro Chagas Institute, a public health research organization in the city of Belém, has identified around 220 different types of viruses in the Amazon, of which 37 can cause disease in humans and 15 have the potential to cause epidemics.

These include different strains of encephalitis, as well as West Nile fever and Rocio, a Brazilian virus from the same family that produces yellow fever and West Nile, as he noted in an article published by the Brazilian Academy of Sciences in May.

Val said he was particularly concerned about arboviruses, which can be transmitted by insects like the dengue mosquito and zika.

Cecília Andreazzi, a researcher at the Oswaldo Cruz Foundation (FIOCRUZ), a major Brazilian health institute, said the current surge in deforestation and fires in the Amazon could lead to new encounters between species on the move – each a chance for an existing pathogen to affect species to transform or jump.

The ecologist maps existing infectious agents among Brazilian animals and creates mathematical models of how the changing landscape of the country “influences the structure of these interactions”.

What she’s looking for are likely “spillover” opportunities when a pathogen of one species could circulate in another, potentially causing a new disease – as appears to have happened in China with the virus that causes COVID-19, she said.

“Megadiverse countries with high social vulnerabilities and increasing environmental degradation are prone to the leakage of pathogens from wildlife to humans and require guidelines to prevent the occurrence of zoonoses,” she and other researchers wrote in a letter in The Lancet, a science journal. in September.

Brazil has already seen “clear warnings” of a growing problem with the emergence of Brazilian hemorrhagic fever, rodent-borne hantaviruses and a mosquito-borne arbovirus called Oropouche.

The Brazilian Amazon has seen some of the worst fires in a decade this year as deforestation and invasion of indigenous land intensifies under right-wing President Jair Bolsonaro, who has urged the Amazon to be developed as a means of combating poverty.

In a speech to the UN General Assembly last month, he angrily denied the existence of fires in the Amazon rainforest and called it a “lie” despite data from his own government showing thousands of flames in the region.

João Paulo Lima Barreto, a member of the Tukano indigenous people, said one way to combat the emergence of new pandemic threats is to revive ancient knowledge about relationships between living things.

Barreto, who is doing a PhD in Shamanistic Knowledge and Healing at the Federal University of Amazonas, founded Bahserikowi’i, an indigenous medicine center that brings the knowledge of the shamans of the upper Rio Negro to Manaus, the largest city in the Amazon.

He has called for indigenous knowledge systems to be taken seriously.

“The model of our relationship with our environment is wrong,” he told the Thomson Reuters Foundation in a telephone interview.

“It’s very easy for us to blame the bat, monkey and pig,” Barreto said when a new disease emerges. “But in fact, humans cause this in the relationship we develop with the owners of the room.”

Without proper conservation of forests, rivers and animals, imbalances and diseases arise because people do not respect the natural beings known to shamans as “wai-mahsã”.

Andreazzi said disease risks are particularly high from the transformation of the Amazon forest into more open, savanna-like pastures and fields that attract rodents and marsupials, carriers of hantaviruses.

“When you turn the Amazon into a field, you create that niche,” and species can expand their reach to fill it, she said.

In the face of deforestation, animals are moving and moving. And the pathogen, the virus … is looking for hosts “- a situation that creates” a very high level of adaptability, “she said.

But Andreazzi is worried about old and new diseases.

As the Amazon changes, new outbreaks of threats such as malaria, leishmaniasis and Chagas disease have been registered, which are transmitted through a “kiss bug” and can cause heart damage.

“We don’t even have to talk about the new diseases. The old ones already carry great risks, ”she added.

These were the details of the news FEATURE-Next pandemic? Deforestation in the Amazon can trigger new diseases for this day. We hope that we have succeeded by giving you the full details and information. To follow all our news, you can subscribe to the alerts system or to one of our different systems to provide you with all that is new.