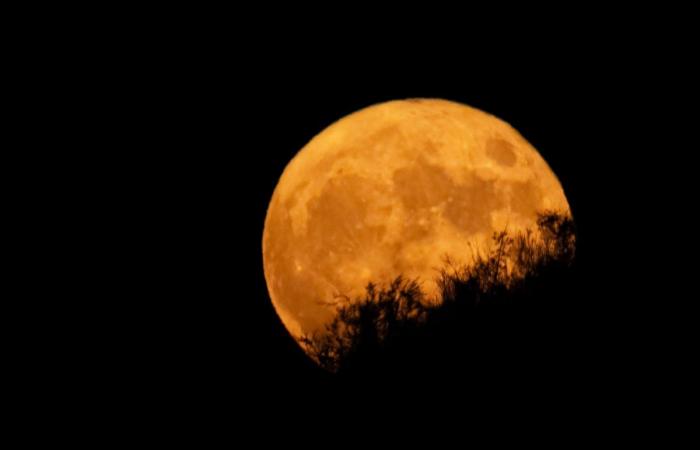 In our 21st century world, almost everything seems to be branded. This is exactly the case this month with regard to the moon, especially since this is a “double full moon month”.

The full moon of October 1st was named “Harvest Moon” because it was the full moon that came closest to the autumnal equinox on the calendar. Usually the September full moon gets this title, but this year it came way too early (September 2nd). There are other versions of this rule, according to which the harvest moon is the full moon, which comes either on or after the equinox, which would also dictate it in October more often than usual.

The occurrence of the autumnal equinox can vary from year to year and fall on either September 22nd or 23rd. A full moon generally occurs 14.7 days after the new phase. The earliest possible date on the calendar that a harvest moon can occur is September 7th. The latest possible date is October 7th. This year, the last harvest moon is in October through 2028 (if it happens on October 3rd).

It is often said that farmers take advantage of the full moon light at this time of year – the peak of the harvest – by working in the moonlight until late at night. And for several nights in a row, centered on the date of the full moon, it only rises about 24 minutes later, instead of increasing its average 50 minutes later each night.

But the truth is that the name “Harvest Moon” has little literal meaning today. It goes back to a time when the farmer was pressured by the season and welcomed a moonlit week to extend his rapidly shortening days in his field, the ones before the deep frosts and short days and long cold nights of coming Must be harvested in winter. There were numerous chores for the farming family and the harvest moon was a welcome lantern in the evening sky.

The invisible moon nearby

Now the moon is fading and gradually waning in the lighting in the sky before dawn as an increasingly thinning crescent moon. By Thursday morning (October 15), make sure it hovers just over the eastern horizon an hour before sunrise. By then it has shrunk to a wafer-thin arc that is less than 3% illuminated.

Some may even prefer to brand this invisible moon as the “proximal moon” since both the sun and moon are on the same side of the earth.

“Spring tides” occur every month when the moon is both new and full. At such times, the moon and sun form a line with the earth, so that their tidal effects add up. (The sun exerts a little less than half the tidal force of the moon). “Neap Tides”, on the other hand, occur when the moon is in the first and last quarters and cooperates with the sun. At these times the tides are weak.

Although the tidal effects of the upcoming new moon on Earth will be just as strong as the much-touted “supermoon” of last April, they are likely to go little or no mainstream media attention just because we can’t see them.

Bishop George Berkley (1685-1753) once asked, “If a tree falls in the forest and no one hears it, does it make a sound?” I would ask, “When the moon comes unusually close to the earth and no one else she sees will it have a significant impact on the tides? ”

The answer: yes, it will.

This impending new moon, which coincides with virtually the closest approach to Earth in 2020, will in fact cause an unusually large number of tides, which could be particularly problematic if a hurricane or tropical storm hits the Gulf of Mexico or the Atlantic coast threatened. If so, then despite its invisibility, you will most certainly be bringing the mainstream media’s attention to this month’s new moon.

What a way to end the month!

And traditionally – in Algoncan lore – the full moon that comes after the harvest moon is called the hunter’s moon, when hunters track down and kill their prey in the autumn moonlight and store food for the coming winter.

The New York Times commented on the story of Hunter’s Moon in its October 26, 1969 issue: “The Hunter’s Moon is and has always been an invitation to man and his dog. Back in the hills, the raccoons are still up to date: the man is ready to hunt in the moonlight in October. The dogs really want to run. ”

In addition, this particular full moon is less than a day from apogee – its furthest point from Earth – 406,394 km away. This full moon is almost 14% smaller than in April, the opposite of a “supermoon” or, as the mainstream media call it, a “micromon” or “minimon”.

And it all happens on Halloween. And with the exception of Christmas, which holiday is more associated with a full moon than with Halloween?

Get ready to end October with a Micro Halloween Blue Hunter’s Moon.

What a mouthful of moniker!

Joe Rao is a lecturer and visiting professor at New York’s Hayden Planetarium. He writes on astronomy for Natural History Magazine, the Farmers’ Almanac, and other publications. Follow us on Twitter @Spacedotcom and on Facebook.

These were the details of the news Crazy moon monikers: October ‘blue moon’ and other moon terms explained for this day. We hope that we have succeeded by giving you the full details and information. To follow all our news, you can subscribe to the alerts system or to one of our different systems to provide you with all that is new.