Poll: The majority of Germans do not just fear a second... 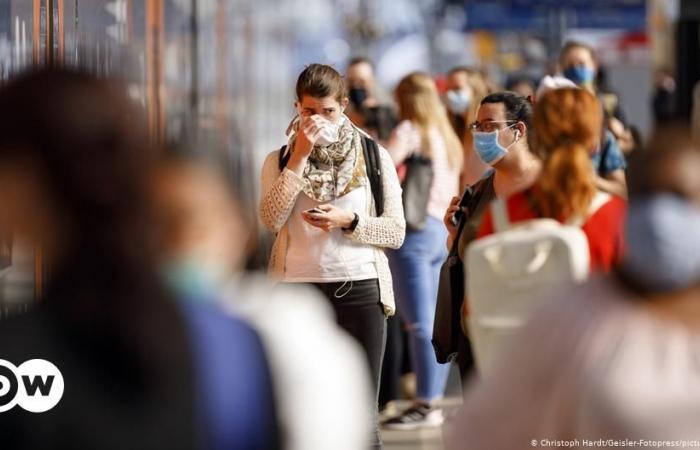 A recent opinion poll revealed that the majority of Germans do not expect any real decrease in the number of new infections with the new Corona virus next year.

According to the poll, 41% of Germans consider themselves part of the group at risk of infection, and the percentage reaches the lowest level among young people up to the age of thirty (11%), while it reaches its highest (75%) among those over the age of 60 years.

The infection protection code of conduct continued to receive a very high level of acceptance, with 91% stating that they adhere to them.

The poll included a thousand people over the age of 18 via the Internet, and was conducted by the Market Research Institute “Identity und Morgen” during the period from 11 to 18 September.

The biggest fear regarding the Corona crisis is that of contracting the disease personally (23%), while 20% stated that the biggest concern is the possibility of a division in society, while 18% others expressed their fear that one of their family members will contract the disease. And he mentioned 5% of those surveyed They fear losing their jobs.

Regarding the biggest hopes associated with the Corona crisis, 28% of Germans mentioned positive impacts on the environment such as improving air quality, while 20% talked about developing digital solutions such as studying online or working from home.

According to the survey, 38% did Smartphone owners have installed the government’s Corona Warning application. And 18% of non-users consider downloading the app if the number of infections rises sharply. And 16% said they would do so if they got better information about the app, such as how to operate it or protect data.

And data collected by Johns Hopkins University and Bloomberg News showed that the number of confirmed cases of the new Corona virus in Germany reached 326,309 cases as of half past seven in the morning, Monday, Frankfurt time.
The data indicated that the total deaths in Germany due to infection with the virus reached as of this morning, 9626 deaths. The number of people recovering from the “Covid-19” disease caused by the virus reached 276,983 people.

These were the details of the news Poll: The majority of Germans do not just fear a second... for this day. We hope that we have succeeded by giving you the full details and information. To follow all our news, you can subscribe to the alerts system or to one of our different systems to provide you with all that is new.