After Saeb Erekat … Hanan Ashrawi was infected with the Corona... 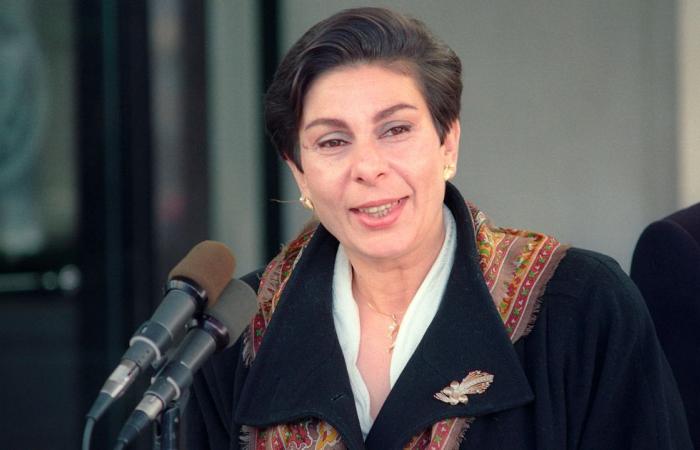 On Sunday, the Palestine Liberation Organization announced that a member of its Executive Committee, Hanan Ashrawi, was infected with the Corona virus.

The Department of Diplomacy and Public Policy (affiliated with the organization) said that all activities of the department and the engagements of its head, Ashrawi, have been postponed until her recovery.

The infection of Ashrawi, 74, comes 3 days after the organization announced that the secretary of its executive committee, Saeb Erekat, was infected with the virus.

Hanan Ashrawi, a Palestinian political figure, participated in the PLO delegation in the peace negotiations between 1991 and 1993.

In 1996, she was elected to the Palestinian Legislative Council for the city of Jerusalem, and re-elected for another session on the “Third Way” list in 2006.

A source in the organization’s executive committee told Anadolu Agency that the committee members were quarantined as soon as it was discovered that Saeb Erekat was infected with Corona.

The meeting of the general secretaries of the Palestinian factions was scheduled to be held Sunday in the city of Ramallah, but Erekat’s injury and the entry of others into quarantine led to the postponement of the meeting for an unknown period, according to the source. Himself.

According to the latest official toll, Corona injuries in Palestine reached 55,556, including 445 deaths, and 48,407 recoveries.

On Thursday, the Palestine Liberation Organization announced the secretary of its Executive Committee, Saeb Erekat, with the emerging coronavirus.

The organization said in a statement that Erekat – who heads the negotiations circle – was infected with the Coronavirus, and the Executive Committee Secretariat announced the cancellation of all his obligations until his full recovery.

Erekat, 65, with pulmonary fibrosis for years, underwent a lung transplant in a hospital in the United States in 2017 before resuming his activities.

And the Islamic Resistance Movement (Hamas) announced last week that Saleh Al-Arouri, deputy head of its political office, had been infected with the Corona virus.

His diagnosis came a few days after he participated in talks in Turkey between the Hamas leadership and the Fatah leadership, in order to achieve reconciliation between the Palestinian factions.

These were the details of the news After Saeb Erekat … Hanan Ashrawi was infected with the Corona... for this day. We hope that we have succeeded by giving you the full details and information. To follow all our news, you can subscribe to the alerts system or to one of our different systems to provide you with all that is new.