In the year of Corona, China is at the top of... 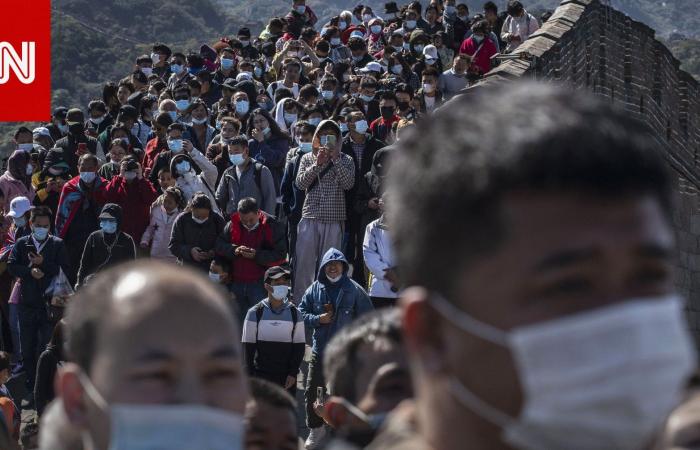 Hong Kong (CNN) – While much of the world is rushing to prevent cases of coronavirus from disrupting the global economic recovery, the Chinese economy leads the world in recovery more than ever.

China has built its relatively fast recovery through several measures, including strict lockdowns and population-tracking policies aimed at containing the virus. The government has also allocated hundreds of billions of dollars to major infrastructure projects, and has provided cash incentives to stimulate spending among its residents. The payoff was evident, as tourism and spending rebounded during the busy Golden Week holiday last week.

China’s share of global GDP will likely rise by the end of the year by 1.1%, according to CNN calculations using World Bank data, more than 3 times the share it gained in 2019.

In contrast, the United States and Europe will witness a slight decrease in their shares.

Even without the disruption caused by the virus, China’s share would have risen this year, according to Larry Hu, chief Chinese economist at Macquarie Group. However, China’s ability to face the global trend is accelerating the growth of its importance to the global economy.

The economic improvement was no more evident than last week, when the country celebrated an annual Golden Week holiday. This season, China celebrated the founding of the People’s Republic of China and the Moon Festival, and it was one of the busiest travel seasons in the country during the year.

More than 630 million people traveled around the country during the golden week that ended on Thursday, according to the Ministry of Culture and Tourism, nearly 80% of the number who traveled during the same period last year.

Macquarie said that the figures for the holiday week were encouraging, adding that “with the return to normalcy in mainland China, consumption, especially the consumption of services, is witnessing a great recovery.”

However, even before the holiday, the Chinese economy was recovering, with the official gauge of manufacturing activity climbing to a 6-month high in September. A special survey from Caixin Media Group, which measures the performance of small businesses, showed that the sector continued to expand last month.

The service sector is also doing well. An official survey released last week showed activity at its highest level in nearly 7 years, while a Caixin survey revealed that services experienced one of the fastest expansion methods in the past decade in September.

Consumer spending has also rebounded, in another encouraging sign. Economists worried earlier this year that China’s recovery was too unbalanced, after being driven by too many state-led infrastructure projects and a shortage of consumer spending.

Despite trade tensions, the Chinese economy has also benefited from its vital role in global supply chains, said Lewis Kuijs, chief Asian economist at Oxford Economics. The private research and advisory group also calculates that China will increase its share of global GDP by about a percentage point this year.

While China’s recovery has been robust, there are still challenges, as, as in other countries, the epidemic has caused heavy losses to China’s rural and poor residents, according to Fitch Ratings analysts.

The average monthly income collected by rural migrant workers decreased by nearly 7% in the second quarter compared to the previous year, according to World Bank estimates that used Chinese government data. The hundreds of millions of people who fit this description typically work in construction, manufacturing and other low-paying but vital activities in the country.

Low-income households in China – those earning less than $ 7,350 a year – suffered the steepest declines in household wealth compared to any other income group, according to a survey by Southwestern University of Finance and Economics and the Ant Group Research Institute.

These were the details of the news In the year of Corona, China is at the top of... for this day. We hope that we have succeeded by giving you the full details and information. To follow all our news, you can subscribe to the alerts system or to one of our different systems to provide you with all that is new.