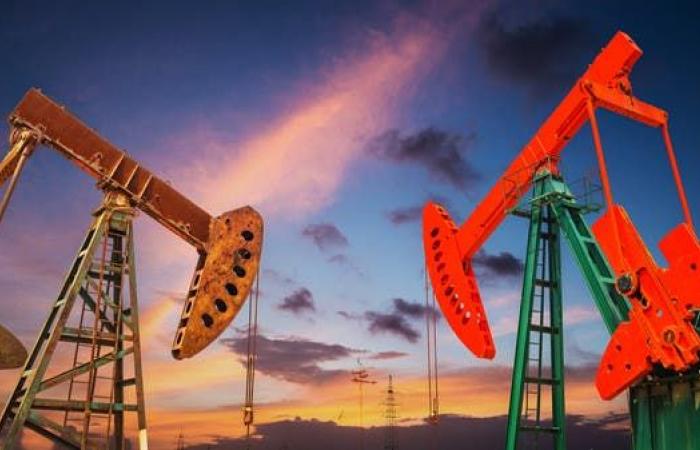 Oil prices fell on Wednesday by 1%, after data showed an increase in crude and fuel stocks in the United States, the largest consumer of oil and its derivatives in the world.

The administration added that US crude stocks rose 4.3 million barrels in the week ending October 22 to 430.8 million barrels, compared with analysts’ expectations in a Reuters poll for an increase of 1.9 million barrels.

And the government agency said that crude stocks at the delivery center in Cushing, Oklahoma, fell by 3.9 million barrels during the past week. Crude consumption in refineries rose 0.4 percentage points.

Energy Information Administration data showed that distillate stocks, which include diesel and heating oil, fell 432,000 barrels to 125 million barrels, compared to expectations for a 2.3 million barrel decline. Net US crude imports increased by 702,000 barrels per day.

Market sources said, citing data from the American Petroleum Institute, on Tuesday, that US crude inventories rose by 2.3 million barrels during the week ending on October 22.

Gasoline stocks increased by 500,000 barrels, while distillate stocks recorded an increase of one million barrels.

Brent and US crude fell from their highest closing levels since October 2014, which they recorded in the previous session. And he said Goldman Sachs Bank A strong recovery in global oil demand could push Brent prices to exceed its year-end forecast of $90 a barrel.

These were the details of the news Oil prices fall as US crude inventories rise for this day. We hope that we have succeeded by giving you the full details and information. To follow all our news, you can subscribe to the alerts system or to one of our different systems to provide you with all that is new.