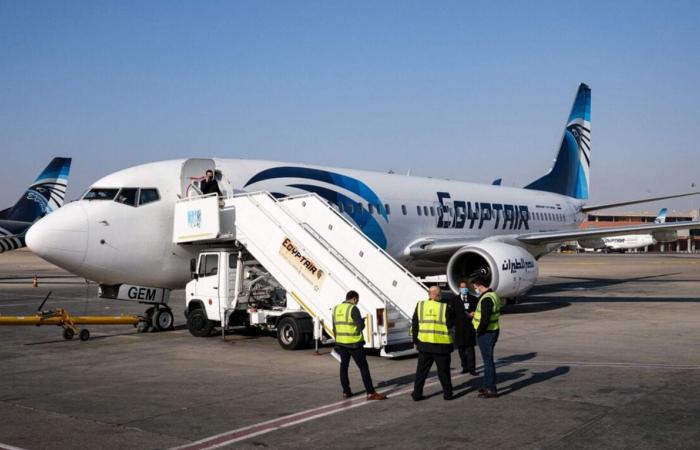 Thank you for reading the news about Egypt, Sudan airlines sign MoU to boost ties and now with the details

Oil prices made the first weekly gain after three consecutive weeks of decline, despite the rising number of COVID-19 cases and additional travel restrictions.

The Organization of the Petroleum Exporting Countries (OPEC) and the International Energy Agency (IEA) have both improved their oil demand outlook after huge draws in oil inventories in member states of the Organization for Economic Co-operation and Development (OECD), backed by a recovering global economy that is greatly supported by unprecedented monetary and fiscal stimuli.

On the week closing, oil prices rose to a one-month-high: Brent crude rose to $66.77 per barrel, and West Texas Intermediate rose to $63.13 per barrel. Trading above $60 per barrel for both benchmarks, and with Brent crude prices at an average of nearly $61 in 2021 so far, represents a huge recovery one year on from “Black April,” when the pandemic caused the largest oil demand shock in history.

The economic indicators are more robust as global oil stocks continue to fall. Therefore, both OPEC and the IEA hiked the world oil demand forecast as economic recovery gains pace.

The IEA forecast dramatic changes in global oil markets in the latter half of this year, as nearly 2 million barrels per day (bpd) of extra supply may be required to meet expected demand growth, even after factoring in the announced ramp-up of OPEC+ production as the summer high-demand driving season is rapidly approaching.

The IEA’s global oil demand in 2021 is forecast to reach 96.7 million bpd, up 5.7 million bpd from 2020 despite weaker-than-expected data for the first quarter.

OPEC’s global oil demand growth in 2021 is expected to increase by about 6 million bpd, representing an upward revision of only 100,000 bpd from last month’s report. Though this is a tiny revision, it marks an upward change from previous months of lower demand forecasts because of continued lockdowns.

However, OPEC’s cautious approach remained intact when considering the fragile and uncertain oil demand recovery that would require vigilant monitoring of market developments, which include the possibility of rising sovereign debt in most economies, and a potential further rise in inflation that may tighten monetary policies.

The latest figures from the Commodity Futures Trading Commission on April 13 showed that long positions on crude oil futures on the New York Mercantile Exchange numbered 645,593 contracts, down 9,735 from the previous week (1,000 barrels for each contract). It is the fifth consecutive weekly drop in positions.

• Faisal Faeq is an energy and oil marketing adviser. He was formerly with OPEC and Saudi Aramco. Twitter: @faisalfaeq

These were the details of the news Egypt, Sudan airlines sign MoU to boost ties for this day. We hope that we have succeeded by giving you the full details and information. To follow all our news, you can subscribe to the alerts system or to one of our different systems to provide you with all that is new.