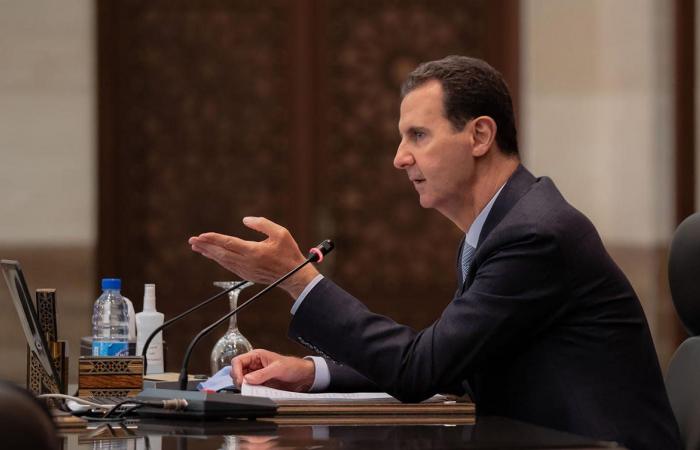 Jeddah - Yasmine El Tohamy - DAMASCUS: The Syrian government on Tuesday dismissed central bank governor Hazem Karfoul whose three-year tenure coincided with a severe economic crisis.
“President Bashar Assad issues a decree terminating the appointment of Hazem Karfoul,” the presidency said in a statement.
It did not give a reason or appoint a replacement.
Karfoul was named central bank governor in 2018, seven years into a conflict that has killed more than 388,000 people and displaced millions.
He oversaw an accelerating economic crisis sparked by civil war and compounded by sanctions, the coronavirus pandemic and a financial crunch in neighboring Lebanon.
An analyst in Damascus, asking not to be named over security concerns, said Karfoul “did not live up to his role through implementing real interventions” that could salvage the local currency.
Karfoul, he said, had been incapable of “quick and decisive decisions” at a time when the government was looking for “energetic new faces” to oversee a rescue phase.
The Syrian pound has lost more than 98 percent of its value against the dollar over the past decade.
Officially valued at 1,256 to the greenback, it sold for more than 3,000 on the black market on Tuesday, money exchangers told AFP.
Last month, it sold for 4,000 to the greenback, hitting an all-time low.
The government last month started enforcing a series of measures to stem a further drop in the pound’s value, according to pro-government newspaper Al-Watan.
They include new import bans and a state crackdown on unofficial money exchangers, it said.
Karfoul held several posts at the central bank, including deputy chief, before he was named governor.
The US treasury department sanctioned him in 2020 along with several other senior officials.
In its announcement, the treasury cited reports that Karfoul in September 2019 met with some of Syria’s wealthiest businessmen to press them to donate to state coffers.
He allegedly “identified the properties and other assets of the businessmen during the meeting and had suggested... their fortunes could be seized if they did not give a significant contribution.”

These were the details of the news Syrian government sacks central bank governor for this day. We hope that we have succeeded by giving you the full details and information. To follow all our news, you can subscribe to the alerts system or to one of our different systems to provide you with all that is new.