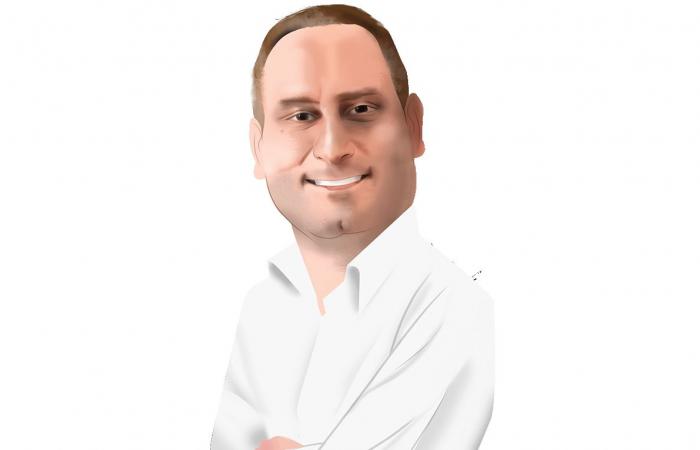 Thank you for reading the news about INTERVIEW: How Careem survived COVID-19 and aims to become a Super App and now with the details

Jeddah - Yasmine El Tohamy - When Victor Kiriakos-Saad joined Dubai-based startup Careem last month as the company’s new UAE general manager, like many residents in the emirate he was working from home.

Starting a new role is stressful at the best of times, but doing it in the middle of a global pandemic, when you cannot physically meet all your staff or lean on those next to you when things go wrong, is especially challenging.

During the first few days, Kiriakos-Saad had a technical issue. He could not call up the IT department and get them to drop by to his desk, so he had to fix it himself.

When he realized he needed a part, what did he do? Being the new UAE general manager for Careem, he got it biked over to his home by one of the company’s delivery teams, and the problem was solved.

The incident is evidence of how the digital and online world has helped UAE residents and workers cope with the problems faced by the coronavirus pandemic, and how it has forced many companies to look again at how they do business.

“I worked with a lot of corporates and in digital transformation. I noticed that people that weren’t tech-enabled suffered the most,” Kiriakos-Saad told Arab News in a Zoom interview.

“For Careem, being digital and tech first, I think when COVID hit they were well prepared to overcome this challenge compared to other players that were very offline,” he said.

“COVID accelerated the transformation … A person who never did any online grocery is now doing their groceries online.”

That is not to say that Careem was not economically impacted by the lockdown, with workers staying at home and no longer needing regular rides to and from work.

“Definitely during the lockdown the company ride-hailing-type services slowed down,” Kiriakos-Saad said. “At the peak of the crisis, I think there was a drop in ride-hailing by about 80 percent. And now we’re seeing recovery come back, it’s getting stronger and stronger.”

With drivers — or captains, as Careem calls them — heavily impacted by the steep drop in business, Kiriakos-Saad said the company took action to help them. “We call them captains because we value them as an integral part of our success,” he added.

The company started a campaign to help raise money for the captains, and raised around 1.7 million UAE dirhams ($462,900). “That was all toward supporting the captains,” he said.

“So less about generating revenue and more about supporting the city … which is something that attracted me to join the company,” Kiriakos-Saad said.

Being a highly tech-enabled startup, Careem pivoted into other revenue streams such as grocery and food delivery, as well as its regular courier services, as workers looked to get documents or essential items delivered between their homes, just as he had to do when he needed a computer part to solve his IT issue. “On some of the newest verticals we’ve seen triple-digit growth,” he said.

Careem is a brand name that is almost ubiquitous in the UAE, with almost every resident having the app or using it at some point.

Hailed as one of the region’s real unicorn startups, how does Kiriakos-Saad think it can scale up even more?

Having previously worked as an institutional investor, a fund manager, at the Saudi Telecom Co. and as a scale-up specialist at Dubai’s Precinct Partners, he saw this as a challenge, and overcoming it was one of the factors that got him interested in joining the company.

“Today we have a substantial user base, but now we’re going into the Super App mode, which allows you to do multiple verticals. This concept or approach allows you also to create an ecosystem where you bring other players to your platform,” he said.

“What we want to do is make everyday life simple … What we’re trying to do is eliminate all the friction that a user can have, a customer can have, getting by (in their) day-to-day life.”

In order for this Super App concept to work, Careem is not going to create every single element or function within its platform.

While there are other apps — such as Washmen for laundry, InstaShop for groceries, Deliveroo for food and Noon for shopping — Kiriakos-Saad sees Careem as being more like a digital mall, and other apps or functions can be used within the platform.

“We want to create that platform that enables people like Washmen and other companies to come on board and be part of our ecosystem. The objective isn’t to build everything,” he said, hinting that some new partnerships, concepts, services and functionalities will be announced soon.

In March 2019, it was announced that Careem, which operates in over 100 cities in 13 countries in the Middle East since it was founded in July 2012, was being bought by international rival Uber as part of a $3 billion deal.

The partnership was formally rubberstamped in January 2020, but according to Kiriakos-Saad, this has not changed the day-to-day operations.

“Uber is a great parent to have. They have a lot of knowledge. From an execution perspective, it doesn’t seem to me that Uber is involved at all. I haven’t seen that,” he said. “But definitely, from a board perspective and that type of engagement, it’s there.”

These were the details of the news INTERVIEW: How Careem survived COVID-19 and aims to become a Super App for this day. We hope that we have succeeded by giving you the full details and information. To follow all our news, you can subscribe to the alerts system or to one of our different systems to provide you with all that is new.