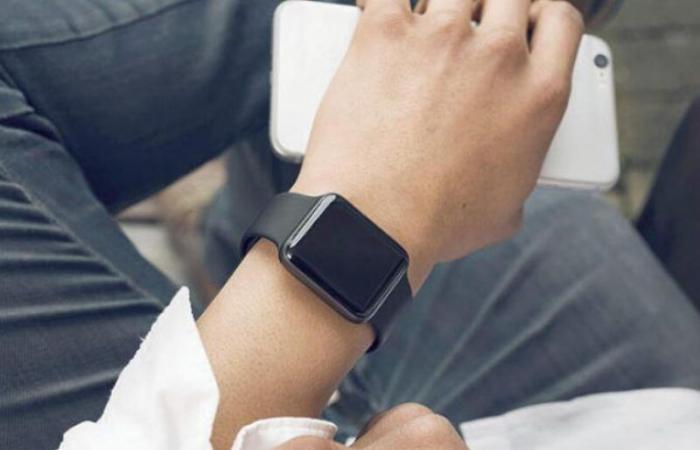 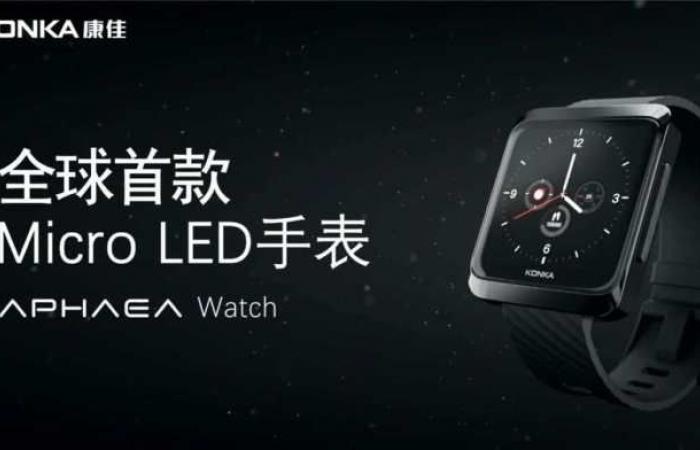 The Chinese company “Konka”, today, Saturday, unveiled a revolutionary smart watch, the first in the world with a “Micro-LED” screen.

At the end of a press conference held in China, Li Hongtao, vice president of Konka Group, surprisingly unveiled the smartwatch.

The watch is equipped with a two-inch micro-crystal display with a glass bottom layer just 0.12 mm thick, equipped with technologies that allow the screen to reproduce an exceptional image of high quality.

The screen capabilities allow it to reach a brightness of 1500 nits and a color gamut of 147%, interestingly enough, the operating screen temperature ranges from -30 to 70 ° C, so it can be wearable in very cold winters and very hot summers.

The MicroLED screen uses self-emitting pixels instead of the LED lights under the screen, which is essential for IPS technology, and for this, these screens are characterized by a high level of contrast, brightness, dark black and other advantages that may be found in OLED screens, but they are superior to the latter for not using organic materials.

Most importantly, these screens are very economical, as the Konka Aphaea MicroLED watch can operate for up to 35 days on a single charge, which is difficult to understand when talking about a large color-screen watch instead of a small smart bracelet.

It was reported in 2018 that the company “Apple” plans to use this revolutionary technology in its future hours, which may currently explain the emergence of the first device “iPad” with a MicroLED screen on the market.

These were the details of the news The world’s first smartwatch with a “MicroLED” screen for this day. We hope that we have succeeded by giving you the full details and information. To follow all our news, you can subscribe to the alerts system or to one of our different systems to provide you with all that is new.