Solutions 30: the action suspended and Muddy Waters is talking about him again 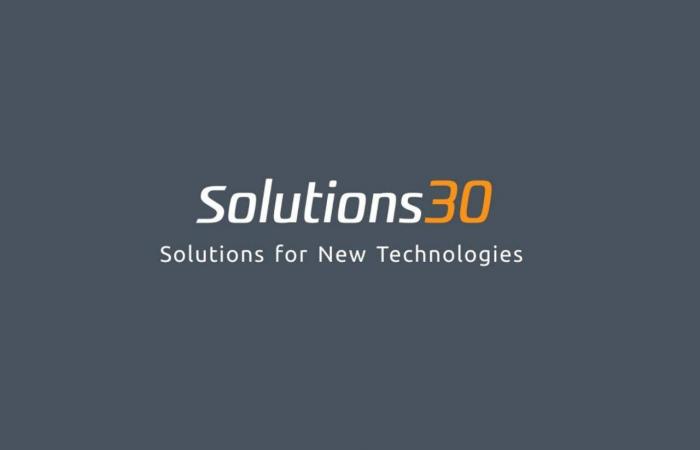 (AOF) – The listing of Solutions 30 has been suspended at its request pending a press release while the activist fund Muddy Waters has returned to this issue. In two sessions, the action of the specialist in solutions for new technologies had fallen by 26% to 14.70 euros. This collapse was caused by the dissemination of an anonymous report seeking “to demonstrate murky links between the company and organized crime in Italy”.

If Solutions 30 “categorically denied all the assertions” of this report to which it responded in detail, its publication turned into a crisis of confidence. The latter may become more acute after the new intervention of Muddy Waters.

The previous one took the form of the announcement of a bearish position in May 2019 and caused a fall in the stock. This morning, the activist fund spoke again, specifying in passing that it has always retained its short position on the specialist in solutions for new technologies. His boss, Carson Block specifies that he is not the author of this report and that he was not aware of it before its publication.

In a letter addressed to the president of Solutions 30, Gianbeppi Fortis, he asks him to give explanations on certain subjects raised by the anonymous report. “The S30 responses contain supposed facts that we believe are inaccurate and omit facts that we believe should be disclosed to avoid misleading investors,” Carson Block writes.

The latter is particularly interested in the links between Solutions 30 and Angelo Zito, an Italian chartered accountant and managing partner of the Fiduciaire du Kiem, with whom the group worked from mid-2013 until early 2016. In its response to Anonymous report, Solutions 30 specifies that Angelo Zito did have legal problems in Palermo in the years 1998 to 2000, but that he obtained an early acquittal.

In his letter today, Muddy Waters says Angelo Zito did well in prison. “It appears that Mr. Zito served a one-year and four-month sentence for the crime of Mafia Association. The offense was ‘wiped’ from his criminal record, but by all accounts Mr. Zito was accused, convicted and served in jail. ”

The fund also suspects Solutions 30 of having wanted to hide its links with Angelo Zito following the publication in April 2016 of an article in L’espresso presenting him as the treasurer of a “very rich mafia clan”. GIAS International, the holding company of Gianbeppi Fortis, then changed auditor, moving from Fiduciaire Beaumanoir, owned by Mr. Zito to Mathilux by Mr. Libard, a former employee of the Fiduciaire du Kiem. “Weren’t you and S30 able to find a suitable auditor in Luxembourg who did not have such a close connection with Mr. Zito?” Asks Muddy Waters.

For Oddo BHF, “only an independent audit can definitively restore confidence”. In the meantime, the analyst has suspended his coverage of the value.

– Turnover of 434 M € achieved at 63% in France, ahead of Italy, the Iberian Peninsula, Benelux, Germany and Poland;

– combining internal and external growth (30 acquisitions since creation) with duplication of the French model in Europe in order to address large accounts and new markets,

– based on 3 pillars – territorial network with 10,000 technicians, S3net platform for sharing expertise and making human skills available and large volumes of intervention;

– Open capital, Gianbeppi Fortis, co-founder and chairman of the management board with 16.2%, ahead of Karim Rachedi with 7.3%, Alexander Sator chairing the 6-member supervisory board;

– Very solid financial situation with shareholders’ equity of € 149 million against a net debt of € 27 million and cash of € 46 million at the end of June.

– Strategy aiming in the medium term for one billion euros in turnover via the critical size in each geographic market, the quality of human resources and the pooling of expertise;

– Innovation strategy focused on the constant improvement of the S3net platform (annual investments of 1 to 2% of turnover) and on the training of technicians in new skills;

– Environmental strategy praised by the Ecovadis rating agency and presenting 2 components – offer of innovative services with lower environmental impact and involvement of suppliers and partners in the group’s CSR effort;

– Acceleration of the generation of free self-financing through the use of factoring;

– Sensitivity of turnover, for 45% of the total, to the three 1sers – telecom and energy customers;

– Growth in new business driven mainly by the deployment of optical fibers in Europe and energy meters, such as Linky, in France;

– Impact of the pandemic: 14% increase in turnover at the end of June and 32% decline in net profit, affected by Polish zloty exchange losses and higher depreciation;

– Response to the pandemic: systematization of the use of factoring;

– 2020 objectives: confidence in the ability to generate profitable double-digit growth in revenues;

– Maintenance of the dividend.

These were the details of the news Solutions 30: the action suspended and Muddy Waters is talking about him again for this day. We hope that we have succeeded by giving you the full details and information. To follow all our news, you can subscribe to the alerts system or to one of our different systems to provide you with all that is new.