Iraq will continue to develop gas investments with the help of... 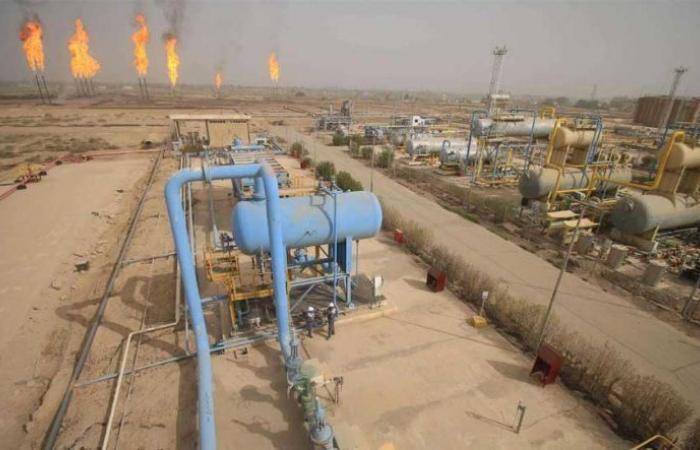 BAGHDAD – News agencies: The Iraqi Oil Minister, Ihsan Abdul-Jabbar, denied yesterday, Sunday, reports about the intention of the American company, Exxon Mobil, to sell its share to its partners in the first West Qurna field and to withdraw from work in Basra Governorate. He told reporters in Baghdad, “Iraq is continuing to develop gas investments with the help of international companies in separate regions of the country.”
Abdul-Jabbar said, in a speech during the opening of the oil and gas conference and exhibition yesterday, that the Ministry of Oil is proceeding in the direction of expanding gas investment and opening positive discussions with international companies to invest gas according to modern methods with specialized companies, most notably the international “Chevron” company. He stated that «the ministry is working to maximize investment in the infrastructure sector of the oil industry, and there are discussions with specialized companies».
The activities of the “Oil and Gas Conference and Exhibition in Iraq” were launched in Baghdad yesterday morning, with the participation of representatives of oil companies and foreign banks.
Over the course of two days, the conference will discuss the reality of the oil industry and gas investment in Iraq for the next stage, in addition to developing the Iraqi economy using modern technologies, developing manpower capabilities, and facilitating the work and entry of foreign companies to work in Iraq.
In his opening speech to the conference, the minister said that the average Iraqi crude oil exports for the current month will exceed two million and 850 thousand barrels per day, most of which will come from the export outlets in southern Iraq. He added that Iraq set the price of $ 42 per barrel in the draft budget for 2021, expecting oil prices to exceed the ceiling of $ 50 per barrel next year.
He announced that Iraq will work for the first time during the next year to export three types of light, medium and heavy oil to maximize revenues, and that he has turned to the pre-payment method for selling crude oil, pointing out that many foreign companies have submitted offers to Iraq to buy quantities of crude oil within the framework of the payment mechanism. Advance. The Iraqi minister renewed his country’s commitment to the decisions of the Organization of Petroleum Exporting Countries (OPEC) to reduce production because it constitutes a positive and wise stability element for the oil market.

These were the details of the news Iraq will continue to develop gas investments with the help of... for this day. We hope that we have succeeded by giving you the full details and information. To follow all our news, you can subscribe to the alerts system or to one of our different systems to provide you with all that is new.