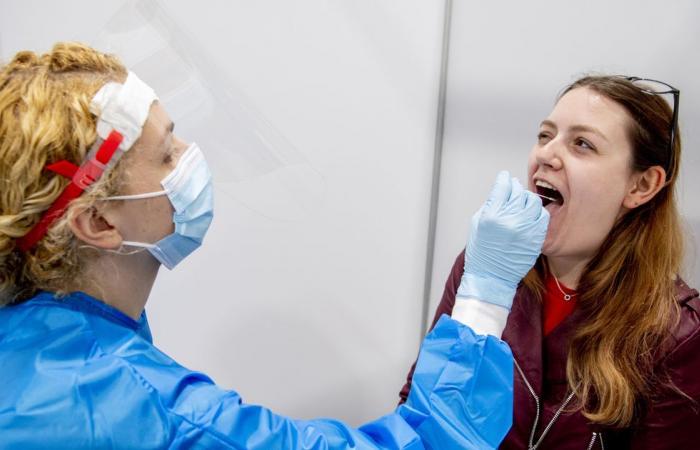 Also last week there were more positive tests on Wednesday, Thursday and Friday than on Monday and Tuesday. According to the GGDs, this may be because fewer people are tested during the weekend than during the week. If someone was tested on Saturday or Sunday, the result may be known on Monday or Tuesday.

In Amsterdam, 337 positive tests were registered last 24 hours. The number of infections in Rotterdam increased by 297 and in Utrecht there were 148 more cases. Furthermore, 145 residents of The Hague and 117 Tilburg residents were tested positive.

Urk is one of the major hot spots in the Netherlands. On the former island, 30 people were tested positive last 24 hours, comparable to cities such as Enschede, Maastricht and Apeldoorn. In recent days, the number of infections in Urk has increased by 224.

The number of deaths increased by 51. That does not mean that all these people died last 24 hours. 75 deaths were recorded on Thursday. The number of confirmed deaths from corona rose to over 8,800 on Friday.

Since the outbreak started in February, the corona virus has been diagnosed in more than 473,000 Dutch people. This means that the half-millionth infection could be a fact in the course of next week.

The actual number of infections is probably considerably higher. In the initial phase of the outbreak, not everyone was tested. As a result, an unknown number of people have died or been cured without it ever being established that they had the virus. During the second wave, not everyone was able to make a test appointment. As a result, people may have died of the virus or been cured without ever knowing they had become infected.

Amsterdam, Rotterdam and The Hague

Amsterdam has the most corona cases in the Netherlands. In the capital, nearly 37,000 residents have been tested positive. In Rotterdam the counter stands at almost 32,000 and in The Hague at almost 21,000. In total there are now 118 municipalities with more than a thousand cases.

These were the details of the news Number of new corona cases up again | Inland for this day. We hope that we have succeeded by giving you the full details and information. To follow all our news, you can subscribe to the alerts system or to one of our different systems to provide you with all that is new.