Vallourec: Vallourec is digging its losses and could come under the... 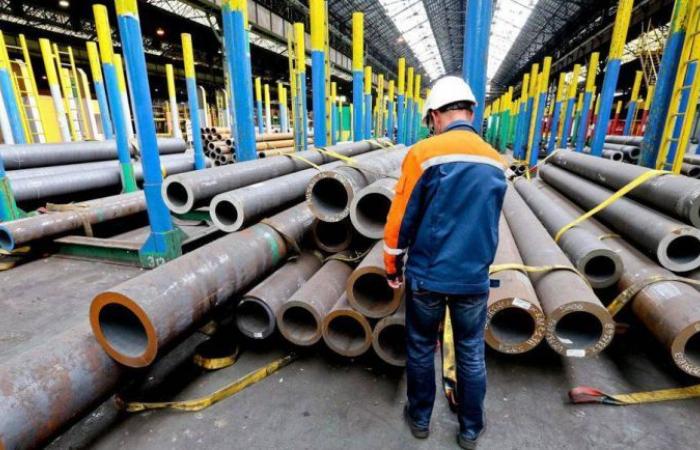 (BFM Bourse) – Dependent on a hydrocarbon market in sharp contraction with the health crisis, the French specialist in seamless steel tubes recorded a new net loss in the third quarter and is preparing to restructure – still – its capital. It could come under the control of its creditors. The share price is still crumbling.

The troubles continue for Vallourec, still entangled in the economic consequences of the health crisis which has plunged the North American market for oil and shale gas – to which it is very exposed – in turmoil. The tricolor specialist in tubular solutions, mainly for oil and gas companies even though it also has other industrial partners – thus saw its net loss widen further slightly between July and September, to 69 million euros against 60 million a year ago.

The group’s turnover for its part fell by about a third, to 716 million euros in the third quarter, and is clearly below the consensus since analysts were betting on 784 million euros.

After having already announced the elimination of 900 jobs in North America in the first half of the year, ie a third of the workforce in the area, Vallourec announced that it would have to proceed with approximately 1,050 additional job cuts (including 350 in France) “in order to to structurally strengthen its competitiveness “.

Renewal of the contract with Total

The results presented nevertheless emerge “in line with our expectations”, commented the chairman of the management board Edouard Guinotte, insisting on the “resilience” of Vallourec. The group has thus announced the renewal for five years of its framework contract with Total, which comes after the extension in July of the partnership with another major, the Brazilian Petrobras.

In the first nine months, sales fell by a quarter to 2.4 billion euros and the group recorded a net loss of 636 million (against 227 million for the same period in 2019). The industrial margin for its part stood at 451 million euros, down 107 million euros compared to the first nine months of 2019, “resulting primarily from lower activity in the oil sector. and gas “in North America (the group emphasizes in particular that the number of drilling rigs in the region reached its lowest level in mid-August and estimates that prices” should start to recover in early 2021, Editor’s note) in this region and to a lesser extent in Industry in Europe “. This decline is only partly offset by cost reductions, a stronger contribution from the mine and another, positive, from the “oil and gas” sector in South America.

If the economic context remains “very uncertain” in the terms used by Edouard Guinotte, the group still maintains its financial outlook for its entire financial year, namely 130 million euros in gross savings, in addition to the ‘adjustment of its variable costs to the decline in activity, and strict control of its expenses, with an investment envelope limited to around 160 million.

After having had to give up a plan to increase capital of 800 million euros last spring in the face of the collapse in oil prices due to the health crisis, Vallourec asked its creditors this fall to restructure its debt, which amounted to 3.5 billion euros at the end of September, including 1.7 billion which will expire at the end of next February, specifies the group. The latter thus announced Tuesday to aim at reducing its debt by just over 50% by means of a conversion into capital, which would amount to giving control to its creditors. The main shareholders of the group are the public bank Bpifrance and the Japanese company Nippon Steel.

This new dilution is not well received by the market, while the share price of Vallourec has already fallen by nearly 99% since 2011, when the title was trading at more than 2,100 euros. This Thursday, at 10:40 am, the action of the oil services group sinks 9% to 20.4 euros, after having nevertheless taken 130% between its historic low touched on October 29 and its high on Tuesday November 17. However, this relapse brings its plunge to 80% since January 1, and the group weighs only 230 million euros, when it still posted a market capitalization close to 4 billion euros in January 2017.

Are you following this action?

Receive all the information about VALLOUREC in real time:

These were the details of the news Vallourec: Vallourec is digging its losses and could come under the... for this day. We hope that we have succeeded by giving you the full details and information. To follow all our news, you can subscribe to the alerts system or to one of our different systems to provide you with all that is new.