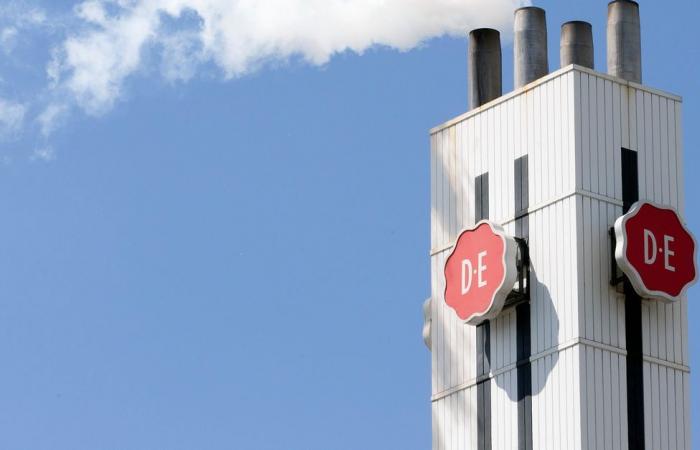 The board of JDE Peet’s, the parent company of coffee brand Douwe Egberts and tea brand Pickwick, has approved the appointment of the new CEO Fabien Simon, who will receive a ‘golden welcome’ worth 10 million euros. Employees of the Dutch branch of JDE are “very shocked and baffled” at the size of the welcome bonus, say CNV and FNV unions. “Everyone speaks shame about it.”

The unions have been in collective bargaining with the company for months. The previous collective labor agreement expired in September, but the negotiations are “very difficult”, says CNV negotiator Jikkie Aalberts. “At the collective labor agreement we hear all about ‘lowering costs’, ‘making it future-proof’ and that there is no room for a collective wage increase,” says FNV director Niels Suijker. “Then suddenly the news came of those 10 million euros. That brought about something for the members, ”says Aalberts.

Fabien Simon (1971), a Frenchman, took office in September and was previously a partner and financial director of Jab Holdings, the holding company that includes JDE Peet’s, as well as the franchise chain of the Pret A Manger lunch shop, Krispy Kreme and various brands of bagel shops. Before that, Simon was CFO of the Dutch branch, Jacobs Douwe Egberts, according to his LinkedIn. In his new job he will receive a gross annual salary of 1 million euros plus a monthly expense allowance of 3,300 euros. He also has a number of bonus opportunities in store for him, up to a maximum of 250 percent of his salary.

And then there is the sign or welcome bonus. According to the company itself, there is a misunderstanding. It’s not a bonus, but a “one-time transfer fee,” said JDE Peet’s spokesman Michael Orr. The amount should compensate for the compensation that Simon loses by leaving Jab Holdings as Chief Financial Officer. “It is quite common to incentivize senior executives with bonuses to hold the position for longer periods of time,” said Orr. And what’s more, the 10 million is in shares in the company, so, according to JDE Peet’s, it should be seen as an investment in the company. They are, however, special shares, with double profit rights. Investors’ organization VEB calculated that the value of the new director’s share package offered can amount to 33 million euros. Simon does have to give up part of it if he stops within five years.

The unions are not convinced of the company’s statements: “An allowance for forgoing bonuses from a previous position? They have not been agreed for nothing, those targets. Apparently he didn’t make it to them, so why would you still pay them out in a welcome bonus? ”, Says FNV director Suijker. The association also finds the EUR 3,300 expense allowance too high. “A JDE factory employee just has to work for a month and he does not even receive a travel allowance,” says Suijker.

CLA negotiations will continue on Friday

In a letter, the trade unions asked JDE Netherlands to renounce Simon’s appointment “under these excessive conditions”. Investor organization VEB also complained last week about the high pay for the new CEO. “A signing bonus of such proportions has never been used before at a listed company in the Netherlands,” wrote VEB.

The company spokesperson does not want to respond to the unions’ discontent through the media. New negotiations with the Dutch branch of JDE (Jacobs Douwe Egberts) are scheduled for this Friday, says a spokesman for the coffee company. “We cordially invite the unions to enter into the conversation,” said JDE Peet’s spokesperson.

These were the details of the news New CEO Douwe Egberts receives a 10 million euro signing bonus for this day. We hope that we have succeeded by giving you the full details and information. To follow all our news, you can subscribe to the alerts system or to one of our different systems to provide you with all that is new.

NEXT Own goal? Shaky finances ruin China’s dream to be a global football power