Israeli start-ups in New York raised over $ 1 billion during... 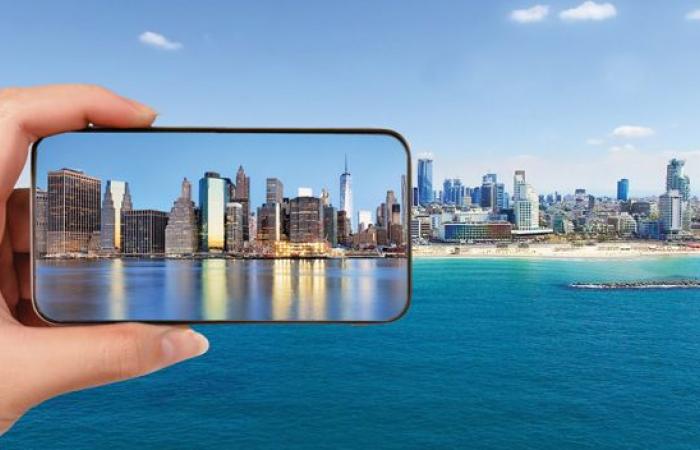 Nearly 350 Israeli start-ups operate in New York today, according to the mapping of “Israeli Mapped in NY”. In recent years, there has been a consistent increase in the number of Israeli companies operating from New York: when Guy Franklin, the platform’s founder, began his mapping in 2013, only 60 companies operated in the city.

Another change was recorded in the hot areas in which most companies operate. If between 2013 and 2017, most of the companies were in the fields of video, ad-tech and B2C, then from 2018 until today the hot areas are cyber, fintech, big data and analytics and companies B2B. Another thriving field is real estate (proptech) where 13 companies operate today, most of which have only recently established operations in the city.

Not all companies survive, the survey shows that there are also about 90 Israeli start-ups in New York that have closed in the last 5 years, many of them by Israeli entrepreneurs who live in New York and established the company here.

The mapping includes start-ups in which at least one of the founders is an Israeli and the company has a team in New York. Most companies have a team of several founders, one of whom moves to New York and the rest continue to work in Israel. Along with a comprehensive list of companies and areas of activity, the mapping also includes relevant local investors, Israeli investors who hold activities in the city, accelerators and more.

Raises of over $ 1 billion during the plague

On the face of it, the corona does not seem to have hurt Israeli activity in New York: According to the survey, companies that have representatives in the city have raised more than a billion dollars just since the plague began. Notable acquisitions include the transportation company Via, which raised $ 200 million, Yotpo, which raised $ 75 million, the fintech company Melio, which raised $ 140 million, and the big data company SimilarWeb, which recently raised $ 120 million. Corona, however, and especially its flight restrictions, have apparently delayed the relocation of new companies to New York and therefore their number has not changed much from the same period last year.

Guy Franklin Founder and CEO of Israeli Mapped in NY

“There seems to be growth and recruitment of fewer companies at higher amounts in the more relevant verticals,” Franklin details. “On the other hand, Israeli companies that were in the first person stage on the ground that opened an activity in the city, suspended the activity and waited until the rage passed. Many companies have also reduced their office space and discovered that it is possible to increase the company’s income from work from home as well. ”

Another figure indicates an increase in Israeli start-ups set up by Israeli entrepreneurs in New York, and today there are about 30 of them in areas that were previously in the purity of men, such as cyber and fintech.

This is the seventh year that you have mapped the Israeli industry in New York, what made you start with this project?

“I moved to New York about eight years ago to work as a technology accountant at Ernst & Young in New York. While working with the local tech industry, I recognized a trend that began in the time of Israeli entrepreneurs expanding with their company to New York, which at the time was a less natural choice than it is today. From conversations I had with entrepreneurs it emerged that they are not all connected to each other and need a lot of help in building an operation, connecting to investors and industry, finding employees and more. Therefore, I decided to map the companies but present them visually, because another goal was to show the Israeli success and that Israeli high-tech has roots not only in Israel, but also in New York. The exposure of the companies through the platform has created many exposure opportunities for them to investors, corporations and employees.

“Especially in the current period, Israeli entrepreneurs need someone local who can help them open an operation, connect with investors and even recruit first employees. Due to the demand and the need, I decided to use the platform I built several years ago – which has helped to advance Israeli tech in New York significantly in recent years – to promote deals and exposure to Israeli innovation in the Big Apple. “

Asked whether New York, which was hit hard by the crisis, overcame the crisis, Franklin said the city’s tech industry was already showing signs of recovery: Companies in these areas have raised large acquisitions, such as Exonius, which raised $ 58 million in March, and Sampris, $ 40 million in May, both in the cyber and EverCompliant sectors, about $ 35 million in September. In the field of fintech, companies related to physical trade or work spaces suffered a severe blow and some closed regularly as early as April. ”

What would you say to an entrepreneurial team debating today whether to open an activity in New York?

‘The current situation has created difficulties for some but opportunities for others. Anyone who can start an activity in the city these days, I would recommend him to do so for two main reasons: prepare well for the day after and establish activity in the city and not wait for everything to return to normal and only then start activity in the city and supposedly lag behind competitors. A second reason is that right now certain players in the industry have more time to meet and talk to those who are physically in the city, which gives an advantage to those who are here and once everything comes back, these people will become less available. In terms of continued recruitment, especially at a time when it is not possible to fly freely as in the past, attendance as a mother is valuable for an investor who wants the company to be in the target market.

These were the details of the news Israeli start-ups in New York raised over $ 1 billion during... for this day. We hope that we have succeeded by giving you the full details and information. To follow all our news, you can subscribe to the alerts system or to one of our different systems to provide you with all that is new.