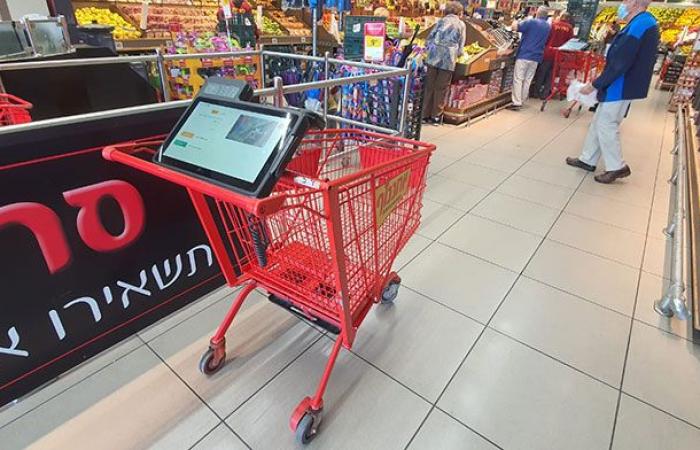 Johnoff Investing in smart carts. The public food retail chain controlled by the Yohannoff family buys shares and warrants in A2Z, which controls the Israeli start-up Cust2Mate, which develops smart carts that operate in its branches for a sum of about $ 2 million.

This is an Israeli start-up company that develops smart carts for supermarkets without the need for a physical transition to the payment box office, which was founded in 2010 and has offices in Yavne. Its founders are Amnon Peleg and Yosef Bensur.

The start-up is controlled by A2Z, which owns about 78% of it. In recent months, Yohannoff has been using these smart carts in its branches as part of a pilot unveiled in “Globes.” In addition, A2Z has robotic tools for export to the security sector Ways.

Yohannoff is now updating that it has acquired, as part of a private placement together with other investors, ordinary shares and warrants of A2Z, a public company whose securities are listed for trading on the stock exchange in Canada (TSXV: AZ) and the United States (OTCQX: AAZZF). As stated, it is C $ 0.90 per share and can be exercised until the end of a period of five years.According to Canadian law, the shares and warrants are blocked for resale for a period of four months and one day from the moment they are issued.

In addition to the aforesaid, the company has an option until April 2021, to purchase additional shares of A2Z from the controlling shareholder in A2Z, in exchange for the sum of NIS 50,000.

Recently, Eitan Yohananoff revealed in an interview with “Globes” that three years ago Yohananoff joined a start-up – “They are with their technological knowledge and we with ours, and we produced a cart that knows how to take the products, scan them, and weigh them. You finish buying through the cart itself and make With that, the payment, without having to go through the cash register. “

According to him, as of October, the branch where the pilot is taking place on the streets has about 20 carts that are already working. “We are still looking at many other aspects – how the cart comes in and out, how it checks the shopping cart, whether such carts that have come out will disappear for us, how they are restricted to certain areas.”

He noted that the significant thing is “the element that the consumer will have to touch the product as few times as possible – take off the shelf, put in the cart, and the next step you touch is to get off the car. What exists today, like cash registers, is something that forces you to work. “But not for big purchases. This cart provides a solution for large purchases.”

These were the details of the news The Yochananoff chain invests in an Israeli start-up of smart carts for this day. We hope that we have succeeded by giving you the full details and information. To follow all our news, you can subscribe to the alerts system or to one of our different systems to provide you with all that is new.