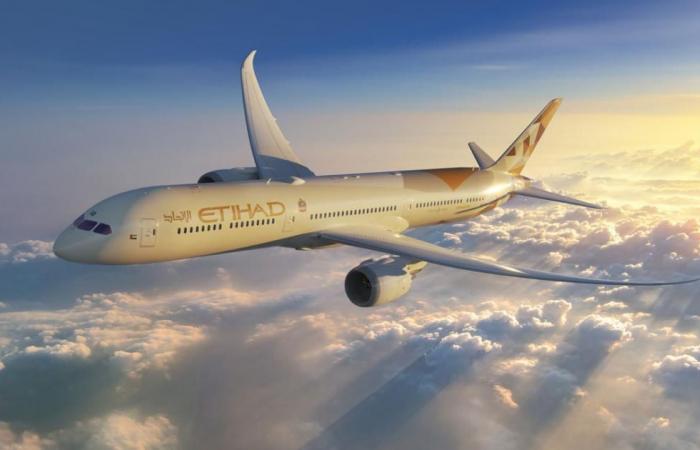 She announced that she may have to lay off a number of them, immediately, this week.

What are the motives for layoffs?

The company reduced its size to a medium-sized carrier.

The UAE company “Etihad Airways” warned its pilots of immediate emergency layoffs this week; As demand for travel does not recover as expected.

“The harsh reality is that despite all hopes, our sector is simply not recovering quickly enough,” the national carrier of Abu Dhabi said in a message to its employees on Monday. “We will remain a much smaller airline for some time.”

On Sunday, press reports said that Etihad is pursuing plans to downsize it to a medium-sized carrier. “Given the factors affecting the sector, it is clear that we have no choice but to reduce our workforce further,” the company said.

The company announced the President of Commercial Affairs’ intention to step down from his post, as part of a large-scale restructuring of the administration, at a time when the company is facing difficulties due to Corona.

Al-Ittihad has extended the cuts in the salaries of its employees until the end of 2020 by 10 percent, instead of previous cuts ranging between 25 and 50 percent that it approved last March, in addition to layoffs.

The Corona pandemic has imposed unprecedented challenges that have affected the global aviation sector, in light of the collapse of travel demand during the past months.

Al Ittihad incurred losses of $ 5.62 billion in the four years before 2020, and cut jobs and wages. In light of the worsening losses this year.

Last April, Etihad Airways cut the salaries of its employees in the administration in half temporarily, while cutting the wages of other employees by a quarter, due to the impact of the Corona crisis on demand.

The company began partial operation of its flights last June, while implementing preventive measures to limit the spread of the virus among travelers, employees and crews.

And the aviation industry reached a dead end to recover, with the renewed Corona injuries, especially in Europe and the United States, according to the International Air Transport Association (IATA).

IATA has deepened its forecast of a 46 percent decline in global aviation industry revenues during 2021, compared to the $ 838 billion in 2019 revenues.

These were the details of the news Etihad Airways intends to lay off employees immediately for this day. We hope that we have succeeded by giving you the full details and information. To follow all our news, you can subscribe to the alerts system or to one of our different systems to provide you with all that is new.