10 years since the ADIPEC Awards were launched to honor best... 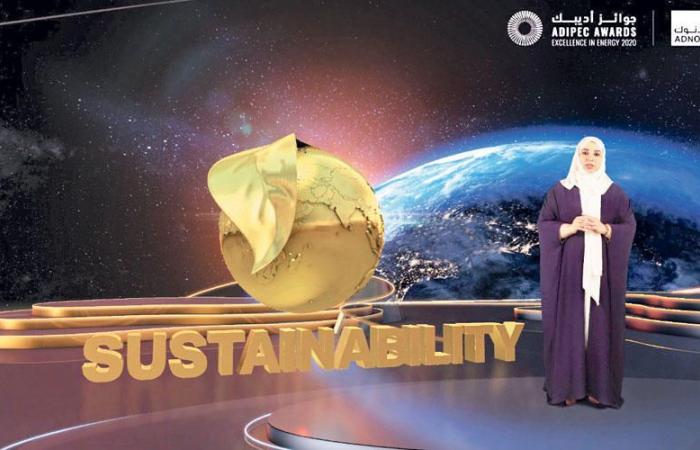 This year’s edition of the prestigious ADIPEC Awards, which celebrates its tenth anniversary, has seen the number of awards increase from six to ten to honor excellence, innovation and best practices in the oil and gas sector. The four new categories included: Best Emerging Company Award, Best Company in Operational Excellence, Best Climate Change Solutions Provider Award, and Best Lifetime Achievement Award for Technical Excellence in the Sector.
And Shell won the Industry Pioneer of the Year Award for Best New Technological Development in Exploration and Development, Production, Transportation, Distribution, Refining and Petrochemicals, and the Best Company in Operational Excellence for Excellence in Operating Standards, Process Improvement and Operational Flexibility.

Dr. Oliver Mullins of Schlumberger was awarded the Best Lifetime Achievement Award for Technical Excellence in the Industry. The National Academy of Engineering Schlumberger was awarded the Best Digital Transformation Project of the Year award, in partnership with ADNOC, for digital transformation projects along the value chain of the oil and gas sector.
Best Diversity Company
While PDO won two awards: the Best Company in Diversity and Inclusion in the Oil and Gas Sector for the Year Award for the year in recognition of the company’s efforts in promoting and achieving integration and diversification, and the Best Project Award for Community Contribution and Enhancing Local Value, for its role and contribution to empowering and developing society and protecting the environment. .
This year’s ADIPEC Awards winners also included: Mustafa Al-Khoweildy from Saudi Aramco, who received the Young Technical Expert of the Year award, and both PTT Exploration and Production Company, Kongsberg Ferrotech and AI & Robotics Ventures in the category of Best Technology Pilot Project of the Year, and a company. Neutral Fuels for Climate Change Solutions Company of the Year and Exness AS for Oil and Gas Startup of the Year category.

Shaping the contours of the future

Fatima Al-Nuaimi, CEO of ADNOC LNG and Chair of the ADIPEC Awards Judging Committee, said: “The ADIPEC Awards celebrate excellence and innovation in the oil and gas sector to honor individuals, companies, initiatives, projects and modern technologies that contribute to positive impacts and radical transformations in the sector at the global level.”
She added: “By encouraging and honoring innovators, radical solutions and future projects that bring about positive impacts and changes along the value chain of the oil and gas sector, ADIPEC Awards contribute to shaping the future of energy and providing insights on innovative solutions and technologies that will enable companies operating in the sector to enhance their resilience and ability to Keep up with constant changes. Despite the unprecedented challenges that the world witnessed during the past period, this year’s awards proved that oil and gas companies continue to set an example for joint work, flexibility, innovation, and operational excellence.

Hundreds of posts from 35 countries

This year’s ADIPEC Awards received hundreds of entries from 35 countries. The nomination steps were subject to a rigorous evaluation process that included preparing short lists of participants by a technical committee of 46 members and a selection committee of 20 people. The final winners were also chosen by an international jury comprising eight of the largest experts and specialists in the global energy sector, namely: Suhail Muhammad Al Mazrouei, Minister of Energy and Infrastructure in the UAE, Tariq Al Mulla, Minister of Petroleum and Mineral Resources, Egypt, and Dr. Fateh Birol, Executive Director of the Agency International Energy, Vicky Hollub, President and CEO of Occidental, Lorenzo Simonelli, Chairman and CEO of Baker Hughes, Takayuki Yueda, Chairman and CEO of Inpex Japan, Pratima Rangarajan, CEO of the Oil and Gas Companies Climate Initiative, Jason Bordoff , Professor of Professional Practices and International Public Relations, and founding director of the Center for Global Energy Policy at Columbia University.
“Shell”, “Schlumberger” and “Petroleum Development Oman” won six awards, distributed equally from the awards of the Abu Dhabi International Petroleum Exhibition and Conference (ADIPEC).

These were the details of the news 10 years since the ADIPEC Awards were launched to honor best... for this day. We hope that we have succeeded by giving you the full details and information. To follow all our news, you can subscribe to the alerts system or to one of our different systems to provide you with all that is new.