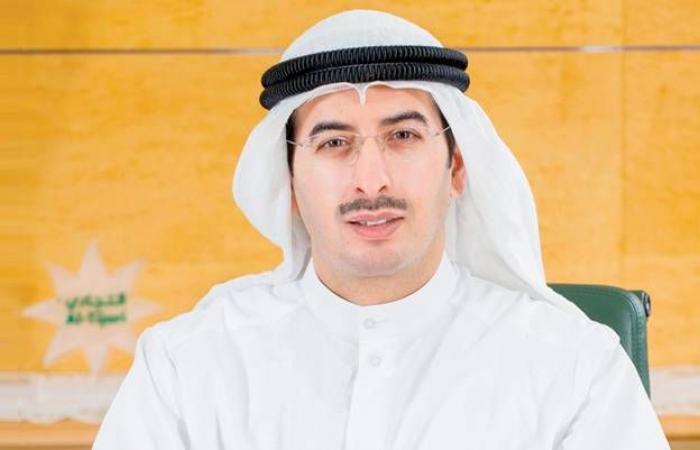 The Commercial Bank announced its financial results for the nine months ended September 30, where the bank recorded net profits of 17 million dinars for the aforementioned period, an increase of 3% compared to the net profits that were achieved for the same period in 2019 amounting to 16.6 million dinars.

The bank continued its prudent policy regarding allocating a large portion of its operating profits to reinforce the precautionary provisions, as the total allocations kept with the bank against the credit portfolio amounted to 205.6 million dinars during the same period.

Commenting on the financial results achieved by the bank, the Chairman of the Board of Directors of the Commercial Bank Sheikh Ahmad Duaij Al-Sabah said that as a result of the outbreak of the Corona pandemic in all parts of the world, which also affected the State of Kuwait, the Kuwaiti economy has faced unprecedented challenges, which were exacerbated by the negative impact of the Kuwaiti economy. As a result of the decline in oil prices. In light of this economic scene, the gross domestic product of the State of Kuwait is expected to decline by about 6% in 2020, against the background of a decline in oil production by 8%, indicating that these negative repercussions of the Corona pandemic lead to a decline in Kuwait’s liquidity levels and impose pressure. On the rate of government spending.


In response to the initiative launched by the Central Bank, Al-Tijari participated in establishing a fund funded by a pool of Kuwaiti banks worth 10 million dinars to support the government effort to combat Corona.

He explained that the bank was keen to achieve operational efficiency during these difficult times, as it was able to meet customer needs through the digital banking services platform, as shown as follows:

1 – The application of technology related to smart deposit and withdrawal devices equipped with the card verification feature through NFC and other technologies, which helped transform the traditional branches into digital branches that work around the clock, seven days a week without the need for the presence of employees, which contributed to Offer self-service to customers during the pandemic, reducing crowding and waiting time

2 – Enhancing mobile banking services, such as the possibility of opening an account for new customers, requesting loans, depositing checks, updating the “Know Your Customer” form via mobile phone, and other services.

3 – Initiatives related to contactless payment such as digital wallet and smartwatch payments such as FitBit and Garmin.

4 – Digitizing the back office procedures and linking them with front-line services to create a work environment that limits the use of paper publications and human intervention to maintain the safety and health of the bank’s employees and customers, and this includes virtualization technology for the customer database to enter online and digitize the documents submitted by clients and prove the presence of the bank’s employees to work using QR Code as well as adopting the QR Code technology for many other operations on the bank’s scale.

The Coronavirus pandemic has had negative effects on the bank’s performance. The following are the bank’s most important financial results during the nine-month period ending on September 30th: Operating revenues, which amounted to 96 million dinars, and operating profits, which amounted to 69 million dinars, showed a decrease of 22% and 19% Consecutively compared to the nine-month period ended September 30, 2019. Nevertheless, the Bank continues to control operating costs, with the cost-to-income ratio at 28% for the nine months compared to 30% in September 2019.

Regarding the regulatory ratios, they were strong and good, as the capital adequacy ratio reached 17.8%, while the liquidity coverage ratio was 166.1%, the net stable financing ratio was 107% and the leverage ratio was 11.4%. These ratios comfortably exceed the minimum ratios determined by the authorities. The supervisory authority represented by the Central Bank of Kuwait.

These were the details of the news 17 million dinars profit for 9 months for this day. We hope that we have succeeded by giving you the full details and information. To follow all our news, you can subscribe to the alerts system or to one of our different systems to provide you with all that is new.