From Baudet to Omtzigt – NRC 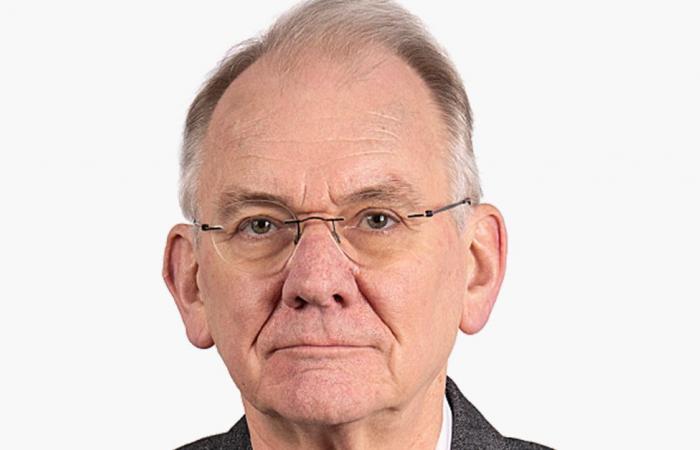 On Saturday evening, the Forum for Democracy in the Rotterdam Ahoy presented its top ten candidates for the House of Representatives via a live stream. The most impression on me was the jump at the podium of Wybren van Haga, expelled by the VVD and now number eight at FvD.

It was a quick jump, spontaneous looking, but undoubtedly practiced in front of the mirror at home. When he had landed, he called out to the almost empty hall: “I have been taken up in Forum’s womb.”

At the same time it had something sad, because how big are your chances as number eight when your party falls deeper and deeper in the polls? Things are going badly with FvD, the party is losing a lot of ground to the PVV. Since leader Thierry Baudet tries to find favor with rebellious farmers, downplays the corona virus and even GeenStijl is no longer right enough for him, the confidence of the voters is visibly melting away.

At the end of the meeting in Rotterdam, Baudet shouted that FvD “stands for farmland” and that “we are going to reclaim our land”. Would that mean that the whole of the Netherlands should become ‘farmland’? You never know for sure at Baudet. In this way he wants to preserve the Dutch identity, but makes up an election slogan with crippled Dutch: “Vote the Netherlands back”. You can do a lot with ‘back’ in Dutch – for example, ‘do back’ – but there is no such thing as ‘voting back’.

Number four on the FvD list is Joost Eerdmans, who allows himself to be hitched to every cart as long as it leans to the right. We saw him again on the TV program Sunday morning WNL On Sunday, where the guest on the left is usually a lonely, nail-biting eccentric. Eerdmans turned out to be happy with his fourth place (behind Theo Hiddema and… Nicki Pouw-Verweij!) On the list of “this beautiful, vibrant party”.

Next to him sat CDA member Pieter Omtzigt, who seems to me to be a much more skilled politician than the entire top ten of FvD put together. Omtzigt does a useful job as a controlling MP, although he sometimes overrules himself, such as in 2017 when he “acted carelessly” (his own words afterwards) at a meeting about the crash of the MH17.

Unfortunately in the publicity he is very eager to lean on the role of the Robin Hood of the Binnenhof. It is good that he stands up for deceived taxpayers and other victims of the bureaucratic government, but lately he has also started to warn more and more about a revolution in the Netherlands, caused by a failing government.

To my ears, that sounds like dangerous, populist language. It is the language of a politician who has smelled power and wants to start calling the shots himself. First in the CDA, where it was difficult for him to accept Hugo de Jonge’s victory. And if it doesn’t work out in the CDA, he might start for himself. Just like Pim Fortuyn and Geert Wilders at the time.

You don’t even need a revolution anymore.

A version of this article also appeared in NRC Handelsblad of November 2, 2020

A version of this article also appeared in nrc.next on November 2, 2020

These were the details of the news From Baudet to Omtzigt – NRC for this day. We hope that we have succeeded by giving you the full details and information. To follow all our news, you can subscribe to the alerts system or to one of our different systems to provide you with all that is new.