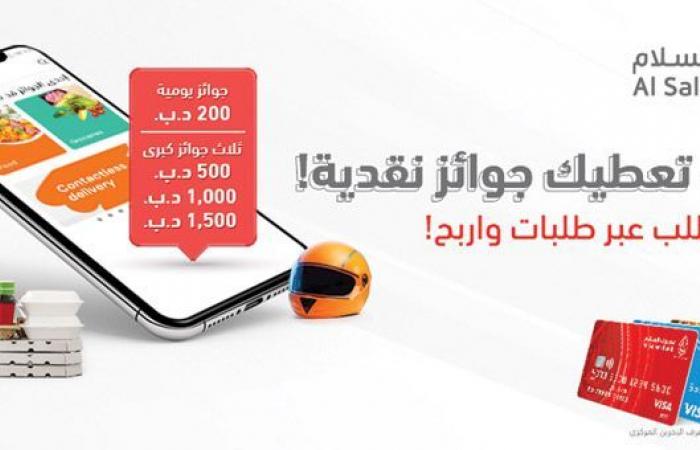 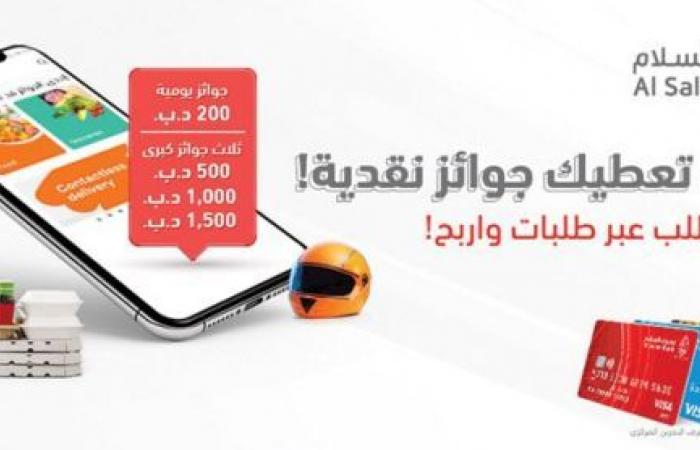 Al Salam Bank – Bahrain offers its customers who are holders of ATM, credit and prepaid cards an opportunity to win daily prizes and big prizes when using the Talabat application during the special offer period extending between 1 and 30 November 2020. Al Salam Bank customers will have the opportunity to enter the daily draw and win 200 Bahraini dinars, in addition to three major prizes worth 1500 dinars as credit in the “Talabat” application.

The announcement of the special offer comes within the framework of Al Salam Bank’s ongoing strategy to reward its customers through innovative award programs and partnerships with specific merchants. The bank is also running a similar campaign in cooperation with “LuLu Hypermarket” during the period from October 13 to December 31, 2020, whereby credit and prepaid card users participate in a draw for one of 12 prizes, each of which is worth 100 Bahraini dinars. In addition to these special offers on cards, Al Salam Bank offers a larger campaign to reward its card-holders by allocating cash prizes totaling $ 30,000 and a half kilograms of gold.

Commenting on the special offer with the “Talabat” app, Muhammad Buhaji, Head of Consumer Banking at Al Salam Bank-Bahrain, said: “We at Al Salam Bank strive to anticipate the needs of our customers, and for this we have partnered with special offers and valuable cash prizes. This campaign is designed to increase the chances of winning cash prizes when using Al Salam Bank cards. Thanks to Al Salam Bank’s application for banking services, opening accounts, depositing and paying card dues has become easier than ever.

In turn, Hisham Al Saati, General Manager of Bahrain Orders, said: “We are pleased to cooperate with Al Salam Bank, which plays a similar pioneering role in the digitalization of banking services in the region. As long as the safety and security of customers is our top priority, we always strive to reward our customers who participate in Talabat by adding the best offers and products.

These were the details of the news Gulf News Daily valuable prizes for Al Salam Bank card... for this day. We hope that we have succeeded by giving you the full details and information. To follow all our news, you can subscribe to the alerts system or to one of our different systems to provide you with all that is new.