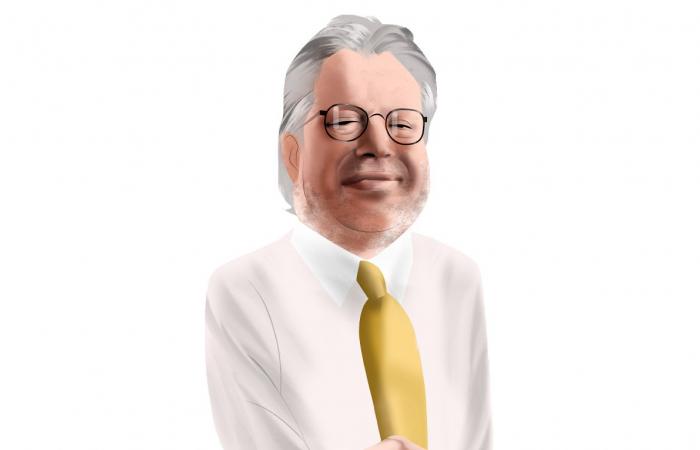 Thank you for reading the news about INTERVIEW: Cambridge Medical focuses on post-pandemic rehabilitation and now with the details

Jeddah - Yasmine El Tohamy - At one point towards the end of my Zoom conversation with Howard Podolsky, chief executive officer of the Abu Dhabi-based Cambridge Medical and Rehabilitation Center, I suggested that he sounded a lot more like Dr Anthony Fauci, the American public health advisor, than he did President Trump.

“I’m a doctor at heart. It’s all about being smart and following the science,” Podolsky said, leaving little doubt as to how he views the big debate going on about how to react to the COVID-19 pandemic. “From a political and a pandemic standpoint, it breaks my heart to see all the craziness in the USA,” he added.

Podolsky, who has worked in the medical sector in the Middle East since 2012, has watched the progress of the pandemic in the region and the world with an expert’s eye since the beginning of the year, all the while running the business that has played a big role in alleviating pressure on the public health sector in the UAE as it battled the infection.

Cambridge is a specialist operator in the post-acute medical field, providing care and rehabilitation treatment for long-term ailments to patients from all age groups with different clinical needs.

That function was of crucial importance when cases were rising and hospitals were under threat of being overwhelmed in the early spring. Many COVID patients were in urgent need of intensive care treatment, often involving ventilation, and hospital capacity was under strain.

“The authorities saw a serious and significant need, and we had the flexibility to take non-COVID patients to free up acute care capacity, giving them the capacity to surge up if needed,” Podolsky said.

That co-operation between Cambridge and the UAE medical authorities has continued since the first wave of the virus. Podolsky’s two centers in Abu Dhabi and in Al-Ain have been taking post-COVID patients who are no longer infectious but may still need ventilator treatment, or are in therapy to wean them off ventilators, which is one of Cambridge’s specialties.

“Many patients no longer need to be in intensive care but still need treatment. All our staff are educated and trained in the science and technology of transitional ventilator weaning. It can take months or even years. We can incorporate them into our long-term rehabilitation services,” he said.

Cambridge is the only provider of long-term, post acute care in the UAE, offering facilities for in-patients through its 106 beds in the capital, 90 in Al-Ain, as well as out-patient and homecare facilities.

Last year, it saw a gap in the market in Saudi Arabia, and opened up in Dhahran, the home of Saudi Aramco, where it already had a relationship with the oil company’s long-term medical partner, Johns Hopkins.

“Saudi Arabia was a logical place for us,” Podolsky said. Not only did the much bigger population than the UAE make it a market rich in potential, but it was also relatively underserved in terms of post-acute care and rehabilitation facilities. “It made sense for us to explore the opportunity to develop a platform for long-term care in the Kingdom,” he added.

Cambridge built a 60-bed “brownfield” centre in Dhahran that takes referrals not just from Johns Hopkins but also from other parts of the Saudi healthcare system. “There is a big ‘bed gap’ in Saudi post-acute care, and we are looking at opportunities elsewhere, around the big population centers in Riyadh and Jeddah,” Podolsky said. Cambridge could look to acquire a potential centre, as well as do a “brownfield” build.

The medical sector in the Kingdom is one of the areas earmarked for big expansion under the Vision 2030 plan to diversify the economy, and hospitals, clinics and medical centers have been discussed as possible subjects for privatization under the Vision.

Podolsky was a medical doctor before he studied law and business in the USA and then joined SEHA, the Abu Dhabi health services authority.

Cambridge launched in the UAE in 2014 with the backing of private equity investors led by TVM Capital Healthcare, the big global healthcare investment group. As with most medical operations in the region, it is run as a commercial operation, and Podolsky said that the COVID crisis has — on balance — been good for business.

“We were busy already, but it has been positive for us. Unlike some medical businesses in the regions, we were never dependent on whether a patient makes a decision on elective health treatment,” he said.

Non-COVID related business — whether in strokes or post-traumatic traffic accident care — has continued during the pandemic. “Life doesn’t stop because there is a pandemic,” he said.

It was recently reported that TVM was looking to exit its investment in Cambridge, most likely via a sale of its stake to another hospital business. Podolsky is guarded on that possibility.

“Shareholders are always looking at opportunities. Our focus is on creating value for all our stakeholders — investors, customers and patients,” he said.

Is it the right time to sell a medical business in the middle of the biggest global health threat experienced for a century?

“It depends what kind of business it is. If it’s a business that depends on elective, discretionary decisions by patients, maybe not. But we are an integral part of the healthcare eco-system in the region, and we have embedded ourselves in it,” Podolsky said.

The other factor that has complicated the medical business scene in the UAE is the scandal that has overtaken NMC Healthcare, the Abu Dhabi-founded company that has gone bust with billions of dollars in debts and allegations of theft, fraud and forgery flying. Is there an “NMC discount” applied to the medical sector in the region?

“Healthcare organizations should not be painted with a broad brush. We are founded on integrity and governance, and TVM is focused on that as ethical and accountable business practice,” Podolsky said.

One of the NMC businesses, ProVita International Medical Centre, was acquired from investors including TVM in 2015, and operates in a similar segment to Cambridge. Many parts of NMC’s business are believed to be up for sale under a strategy to reduce its high levels of debt. “We’ll evaluate opportunities as they may or may not become available,” Podolsky said.

With his doctor’s hat back on, Podolsky talked more about the trajectory of the COVID-19 pandemic, and the possibility of a vaccine to halt the spread of a virus that is currently in a damaging “second wave” phase in many parts of the world. He is “cautiously optimistic.”

“I hope we could see several safe and successful vaccines by the end of the year, but getting them delivered will be the challenge. Remember we’re talking about a vaccine for more than 7 billion people, maybe with two shots.

“But I don’t think COVID is going away. It will not disappear, it will not be eradicated like polio. I think there will be micro-outbreaks for a considerable time, and it will be part of the public health ecosystem. We will just have to live with it, like we do with flu,” he said.

Part of “living with it” involves more testing, which he said could be an explanation for the big rise in cases in some countries that have ramped up testing efforts.

The UAE is treating front-line health workers with a Chinese-made vaccine, while also co-operating with manufacturers in other countries, but Podolsky has no time for “vaccine nationalism” by which countries try to be first with a cure or reserve treatments for their own populations. “It’s unfortunate that we have political issues around public health and pandemics. We need to follow the science and be transparent, open and honest,” he said.

He also took some comfort from the falling death rates from the disease, which he attributed to better therapeutics and treatment. “We’ve got smarter about how we treat patients to help them overcome the infections and issues with their immune response. As we get better, we will see fewer fatalities,” he said.

On the big debate about whether the world should just get on with its economic life regardless of the health threat to the most vulnerable, he said: “It is not a binary choice. We should protect the most vulnerable — the old, the obese and other high risk people — and take simple measures to target high risk people, like social distancing, wearing masks and washing hands,” he said.

These were the details of the news INTERVIEW: Cambridge Medical focuses on post-pandemic rehabilitation for this day. We hope that we have succeeded by giving you the full details and information. To follow all our news, you can subscribe to the alerts system or to one of our different systems to provide you with all that is new.