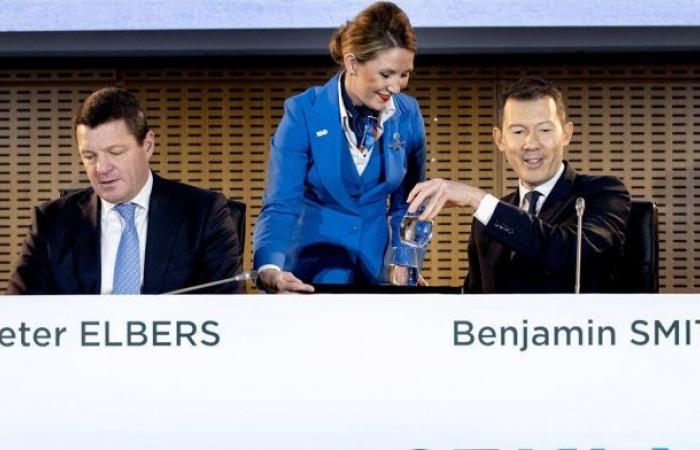 The company has suffered a loss of more than 6 billion euros this year and expects that the fourth, now current quarter, will also be bad. And so Air France-KLM has to look for money, despite the 10.4 billion in emergency aid from the French and Dutch states.

Thanks to that billion-dollar support, the company has 12.4 billion in cash, but that will soon be gone, analysts expect. They point to the average of half a billion a month that the company burned in the past six months.

The company therefore needs another 10 billion euros in extra loans, the VEB calculated. “With covid it will not end in 2021, so you probably need an issue of shares or other forms of financing of around 10 billion,” said Paul Koster, chairman of the investor association.

The company already had negative equity of 4.6 billion at the end of September, which will increase to 7 billion in the next six months, Koster expects. “Add an additional three billion in buffer so that you do not have to immediately collect money again, and you are on ten billion,” he calculates.

The coming months are therefore crucial, but nobody knows how they will turn out. “As long as countries are in lockdown, there is hardly any income. So it is impossible to estimate how much money you need,” said Mark Manduca, aviation specialist at the British investment bank Citigroup. “They can’t see the wood for the trees.”

The biggest problem: the most lucrative destination for airlines such as Lufthansa and AF-KLM is North America, which is now rarely flown. It is uncertain when this is possible. “It will be a long, hard winter for them”, Manduca expects.

Not V- but W-shaped recovery

As long as there is no insight into a drug, people do not dare to book, according to an analyst who does not want to be mentioned by name because the company he works for is also involved as an advisor in the developments surrounding the airline. “The problem is the second wave: we expected a V-shaped recovery, but it turns out to be a W-shape.” The next three quarters are therefore crucial, he expects.

New capital is probably inevitable to get through it. At some point the mountain of debt gets too high, and then companies have to ‘go back to the source’, as Manduca puts it. “Financing.” There are several options for this. “Selling parts, equipment or converting debt into shares,” he sums up.

Issuing new shares is not a realistic option, he says. “They have too much debt to get money from the market,” he explains. With the current uncertainty about aviation, there is no pension fund that will invest in the company, his colleague adds.

That will be a very complex operation, Koster also thinks. “Suppose you want to raise 10 billion, that is ten times the current market value of the company. Investors cannot get that.”

And so the government will have to help further. The most obvious option according to the analysts consulted by RTL Z is that the government loans totaling 4 billion from the emergency aid package are converted into shares.

That lowers the debt, which was $ 9 billion at the end of September. One consequence is that the Dutch and French state will have a greater interest in the company.

A nationalization or splitting up the company is less likely. Splitting Air France-KLM again is a bad idea, despite the ‘bad marriage’. The two sister companies cannot do without each other. “If they have to negotiate contracts with suppliers on their own, they will be worse off,” explains the anonymous analyst. What about nationalization? It is possible, but not necessarily necessary, he thinks. “It’s about new capital, you don’t have to buy up all the shares for that,” he explains.

The company has given itself until May next year to raise new capital. Several options are being investigated and discussed with the main shareholders, spokesman Maureen Sluiter said when asked.

In addition to the French and Dutch, AF-KLM has four major shareholders: the two airlines Delta Air Lines and China Eastern Airlines and two investment companies.

A small but not unimportant detail: as long as KLM’s austerity plan has not yet been approved by Minister Hoekstra of Finance, the company has an even more acute problem. No approval means that no money will be transferred from the current support package to KLM.

The company has now issued an ultimatum to the unions. They must promise that the wage sacrifice they must make in exchange for the government support will last as long as the support. And that will run until 2025. KLM has given the unions until tomorrow afternoon to agree.

These were the details of the news Air France-KLM in trouble: ’10 billion euros extra needed’ for this day. We hope that we have succeeded by giving you the full details and information. To follow all our news, you can subscribe to the alerts system or to one of our different systems to provide you with all that is new.