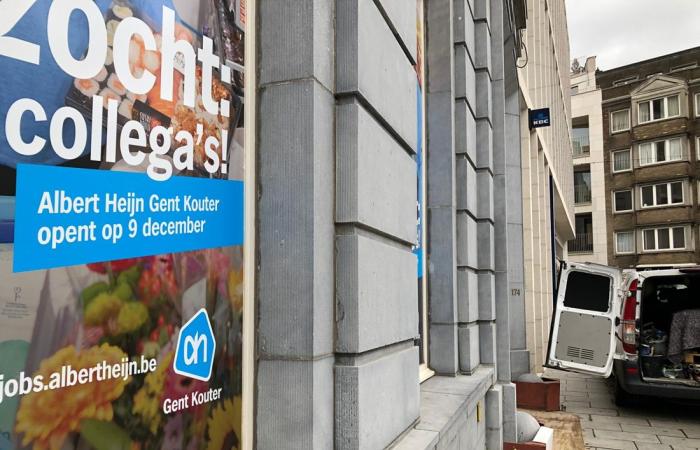 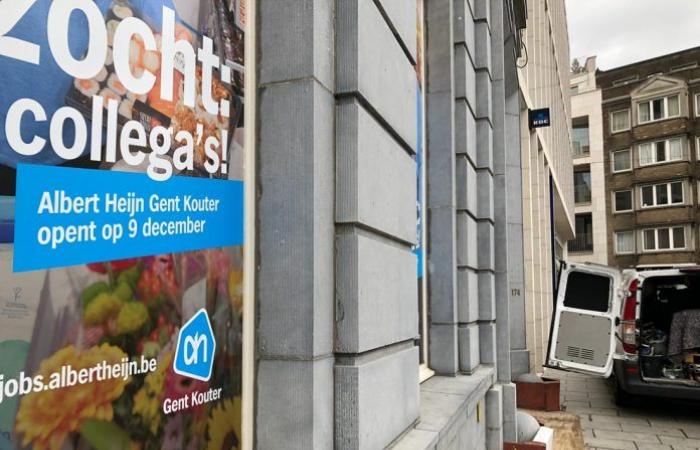 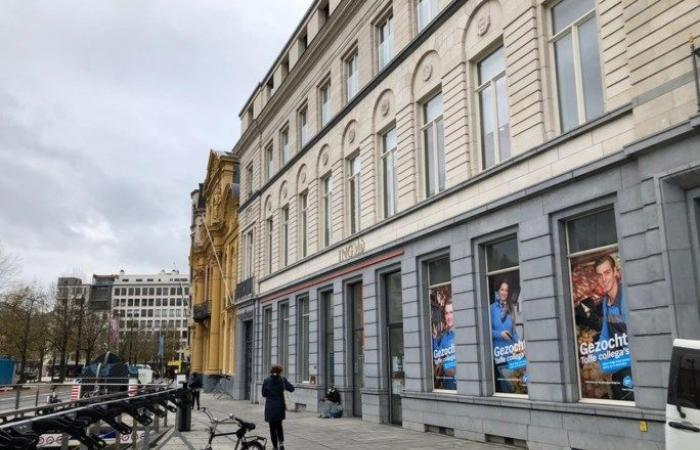 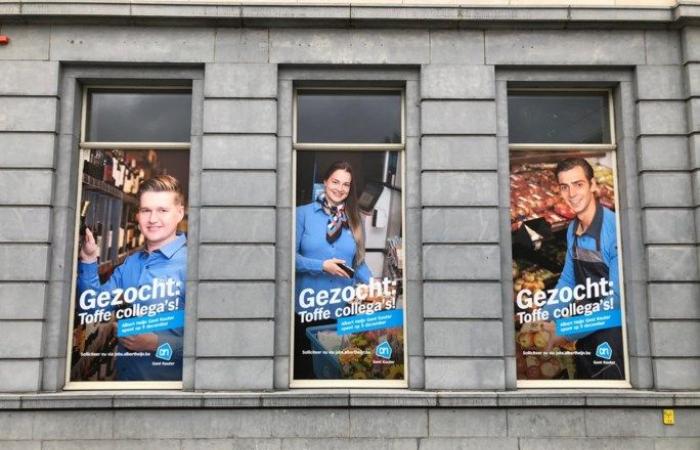 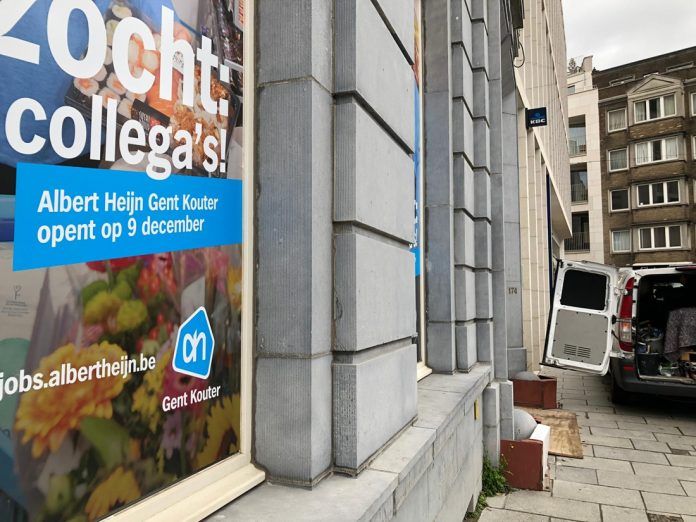 Albert Heijn will open a new branch on December 9, right between a Delhaize and a Cru.

Albert Heijn will open a new branch on the Kouter on December 9. The supermarket is located right between a Delhaize and a Colruyt Cru. There will be three supermarkets within a hundred meters on the Kouter.

The new Albert Heijn branch will be on the ground floor of a building on the Kouter, which also houses an ING office. Currently the doors are still closed, but posters are hanging out calling for staff.

The store will officially open its doors on December 9, seven months after the city council approved the permit. Workers are currently being recruited for the new branch.

READ ALSO: Supermarket war on most expensive square: Albert Heijn wants to open a store between Delhaize and Cru

That is good news for fans of the Dutch supermarket chain. Albert Heijn already has a popular store on the Korenmarkt where there are often meters-long queues. More than 1,000 visitors per week are expected in the new store from Monday to Saturday.

It therefore promises to be fierce competition for the other supermarkets on the square: a Delhaize and a Colruyt Cru. Striking because Albert Heijn and Delhaize are ‘brothers’, they have belonged to the same supermarket group for several years.

These were the details of the news Three supermarkets within a hundred meters: Albert Heijn opens at 9... for this day. We hope that we have succeeded by giving you the full details and information. To follow all our news, you can subscribe to the alerts system or to one of our different systems to provide you with all that is new.