The price of the dollar in Sudan today, Friday, October 30,... 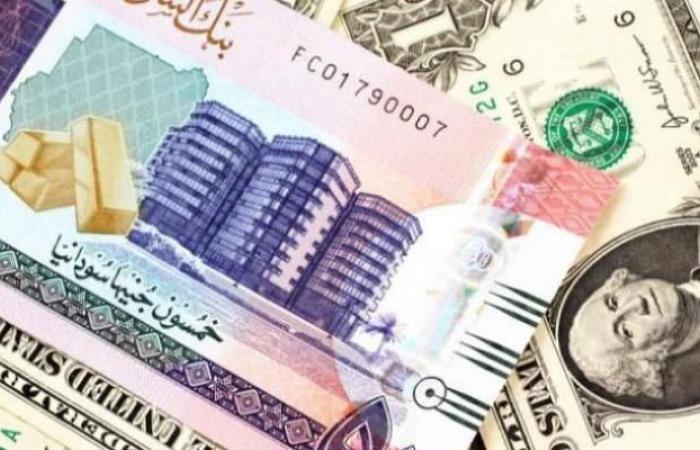 The price of the dollar rose against the Sudanese pound today, Friday, by about 20 pounds in the informal “black” parallel market transactions.

The exchange rate of the dollar against the Sudanese pound was about 230 pounds, compared to 210 pounds at the close of trading Thursday, according to Sudanese media.

The price of the US dollar in banks operating in Sudan remains at 55 pounds for purchase and 55.27 pounds for sale, unchanged for months.

In the last 3 years, the exchange rate of the Sudanese pound against the dollar collapsed from an average of 40 per dollar to 260 pounds last week, before improving to an average of 232 pounds in the middle of this week.

The International Monetary Fund has revealed its intention to reduce the debt burden on Sudan after its exclusion from the list of countries sponsoring terrorism prepared by the United States, which in turn has the return of the recovery of the Sudanese pound against foreign exchange currencies.

The International Monetary Fund said that the US government’s plans to exclude Sudan from the list of states sponsoring terrorism would remove one of the obstacles that the heavily indebted country was facing in its quest to ease the burden of that debt.

The increases that were implemented in Sudan on gasoline and gasoline approached 5 times, as the price of a liter of commercial gasoline reached 120 pounds, and gasoline 106 pounds, and this is sold at about 15 stations imported by the private sector.

While there is still subsidized fuel under the name of “khadami”, which is intended for the public transportation sector, agriculture and mining, a liter of gasoline is sold for 56 pounds and 46 liters of gasoline, according to the prices announced by the Ministry of Oil.

These measures come within an integrated program to reform the Sudanese economy supervised by the International Monetary Fund and which is based mainly on the abolition of all government support for commodities, known in the media as “bitter medicine.”

The average price of the European euro on the parallel market rose to 260 pounds against 231 pounds, and its price on banks’ trading screens decreased to 61.17 for purchase and 61.47 pounds for sale.

The average price of the pound sterling in the parallel market increased to 280 pounds compared to 248 pounds at the end of Thursday’s trading, while it was recorded in banks of 67.85 pounds for purchase, 68.19 pounds for sale.

The average price of the Saudi riyal on the informal (black) parallel market rose to 58 pounds, compared to 53 pounds on Thursday, while it was recorded at banks of 14.65 pounds for purchase and 14.72 pounds for sale.

The average price of the Emirati dirham increased to 60 pounds at the beginning of Friday’s trading in the parallel market, compared to 55 pounds yesterday, Thursday, while it settled on the Central Bank of Sudan trading screens at 14.97 pounds for purchase and 15.05 pounds for sale.

The price of the Kuwaiti dinar in the informal (black) market was about 605 pounds, and in banks it settled at 176.84 pounds for purchase, and 177.73 pounds for sale.

These were the details of the news The price of the dollar in Sudan today, Friday, October 30,... for this day. We hope that we have succeeded by giving you the full details and information. To follow all our news, you can subscribe to the alerts system or to one of our different systems to provide you with all that is new.