Bitcoin is making a comeback and is approaching $ 14,000 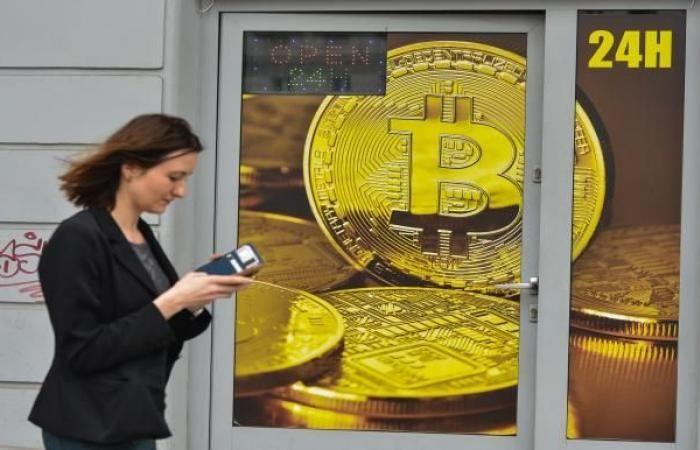 The largest digital currency jumped more than 25% this month and made $ 13,858 on Wednesday, the highest level since January 2018. It has been a long journey since the bubble burst: from its all-time high in December 2017, around 20,000. Dollars, Bitcoin fell to 3,136 dollars within a year.

Supporters of digital assets say the recent rally is not another speculative craze among retail investors. They point to growing institutional interest, and PayPal’s decision to allow customers access to cryptocurrencies and GBMorgan for digital currencies.

Nick Carter, co-founder of CoinMetrix, said according to Bloomberg, “It appears that this rally is being driven more by those with large assets, rather than a wave of retail investors.”

The largest coin rose to over $ 13,000 last week for the first time in more than a year after PayPal announced that customers would be allowed to buy and spend cryptocurrencies on the platform. Many said the move indicated greater acceptance of the cryptocurrency. The cryptocurrency retreated from its session highs and fell 0.8% to $ 13,506 at 7:18 am Wednesday in New York.

“The PayPal announcement will help educate millions of people about the value of Bitcoin and digital assets in their lives, wealth and freedom. We are very excited about the news and look forward to seeing other major payment apps enter the digital space,” said Jay Hirsch, managing director of the eToro trading platform in the US.

Fidelity Investments launched a Bitcoin fund over the summer, becoming one of the leading companies showing an interest in cryptocurrencies. Public companies Square Inc and MicroStrategy recently invested in the currency. The European Central Bank said it would start testing a digital version of the euro, while China continues to intensify testing of the digital yuan.

While some countries have begun to express interest in creating digital currencies, there is little evidence to support claims that cryptography will replace fiat currencies anytime soon.

Mike Novogratz, founder and CEO of investment company Galaxy, argues that the cryptocurrency is “digital gold” and is far from everyday use.

In an interview with Bloomberg TV, a prominent bitcoin investor explained that he does not believe the cryptocurrency will be used as a transaction currency at any time in the next five years.

For Mark Chandler, chief market strategist at Bannockburn Global, the PayPal incubation can be seen as a fundamental test of the use of cryptography, but will his company use it? Chandler replies: “Let’s see if people use it.”

These were the details of the news Bitcoin is making a comeback and is approaching $ 14,000 for this day. We hope that we have succeeded by giving you the full details and information. To follow all our news, you can subscribe to the alerts system or to one of our different systems to provide you with all that is new.