Doubts in Kuwait, the UAE and Iraq about reducing oil production... 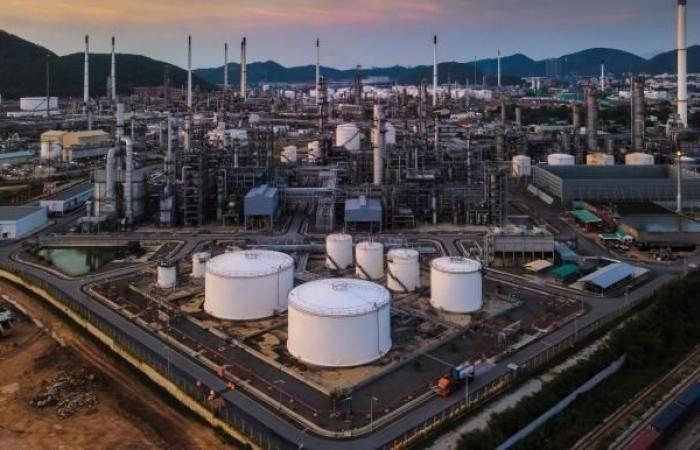 Sources in the oil sector and “OPEC” reported that the UAE, Kuwait and Iraq are discussing whether to extend the current oil production cuts to 2021 at a time when those countries are facing difficulties in adhering to the agreed cuts.

This potential hesitation increases the possibility of reviewing target production levels when the Organization of the Petroleum Exporting Countries (OPEC) meets in November to decide on production policies and may also cause further divisions within the OPEC + group, which includes allies of the organization, which complicates efforts to restore Balance to market amid weak global demand.

The sources said that the UAE and Kuwait have traditionally supported Riyadh’s position, but they are beginning to feel the weight of strict oil policies and fear that they will continue into 2021 as they believe that the production cuts are too large to be maintained.

An OPEC source said, “Countries are suffocating with these reductions … it is difficult to continue them in the next year as well.”

Sources familiar with the matter in OPEC and in the sector explained that the UAE finds it difficult to continue bearing the burden of these huge reductions due to the agreements concluded between it and international oil companies and because the base level of production, on which the size of the reduction was determined, is very low compared to the full production capacity.

Other sources said that the UAE and Kuwait said in talks to OPEC + recently that they are not concerned about Libya’s return to a continuous increase in production in the near term, as this will make it easier for other OPEC countries to increase production as planned.

The UAE exceeded its production ceiling under the deal in August, but promised to compensate for that by reducing supplies in the coming months.

As for Iraq, the second largest producer in OPEC, which is required to reduce about 850 thousand barrels per day of its production, he talked about exempting it from the reduction next year.

A senior Iraqi official in the oil sector who attended OPEC meetings said, “Iraq will remain committed to the OPEC + agreement to reduce production, and we will continue to fulfill our pledge not only in terms of reducing production but also regarding compensation for the months in which we have not fully committed, until the end of the year.”

He continued, “But, here we have an important remedy, when OPEC meets again to discuss plans for 2021, it will be difficult for Iraq to continue reducing production and exports with the same agreed quota in 2020 because we are suffering from a financial crisis threatening a possible collapse of the Iraqi economy.”

He added, “All OPEC member states must understand the critical situation of Iraq … when it comes to discussing a new agreement to reduce production.”

These were the details of the news Doubts in Kuwait, the UAE and Iraq about reducing oil production... for this day. We hope that we have succeeded by giving you the full details and information. To follow all our news, you can subscribe to the alerts system or to one of our different systems to provide you with all that is new.