Total lockdown: why don’t we actually do that? 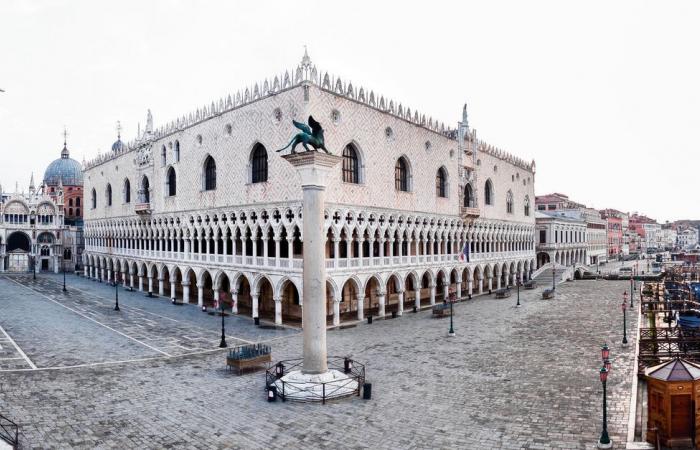 Is the partial lockdown enough? This week’s contamination figures, which rose above ten thousand positive tests on Friday, are not reassuring. The Netherlands is certainly not winning against the virus and as an individual you can be left with a slight fear: see once again with these figures to stay ahead of infection. Winter has yet to begin.

Because the effect of the measures of 14 October has yet to affect the numbers, these days feel like a kind of twilight zone. We just don’t know whether we’re heading towards day or night. The Twente security region already sees the dark approaching: because one in five tests there is now positive, mayor Gerritsen van Almelo pleaded for a ‘heavy lockdown’.

The Red Team, an alliance of specialists that critically monitors corona policy, is convinced that the Netherlands will continue to compromise between dusk and night with current policy. In frustration steeped in unsolicited advice, it called for a short and strict lockdown on Thursday. Point one on the to-do list according to the team: “To understand that current policies are unnecessarily harmful to health and the economy.”

Prime Minister Rutte (VVD) did not want to draw any conclusions on Friday after an inserted cabinet meeting. “Deciding on a tighter lockdown now while the effect of the measures is not yet seen would have enormous consequences for all of us,” he said at a news conference. “If it has to, it has to, but on the basis of the facts.” According to him, the results of the tightened measures can only be seen “after two or three weeks”.

Elsewhere in Europe, the lockdown is already back. Czech Prime Minister Andrej Babis apologized to the population on Thursday when he ushered in a new lockdown. “Sorry I had ruled out that this would ever be necessary,” he said. “I just couldn’t imagine it happening again.” With about ninety positive tests per 100,000 inhabitants per day, the Czech Republic currently has one of the highest contamination rates in Europe. Without rigorous action, the health care system would collapse in November, Babis said.

There has also been self-isolation in Ireland and Wales since Wednesday, in the Bavarian region of Berchtesgadener Land since Tuesday. In Manchester, a regime has been in force since Friday whereby people do not have to stay indoors, but are no longer allowed to receive guests at home. And the pubs are closed.

The Czech lockdown is exactly the same as the one in March: residents are only allowed to leave home when they need to for work, to visit family or to go to the supermarket. The schools and the catering industry had been closed for two weeks. Other lockdowns are a bit lighter than the first time. In Ireland schools remain open this time and factories are allowed to continue to run. Part of education continues to function in Wales as well.

Many other European governments are currently puzzling over whether to do something similar. Babis may have been radical for thinking a second lockdown was impossible, but many other leaders were hardly more realistic. They classified the recurrence rate as an unlikely worst-case scenario. The benefit of this thinking away was a fairly carefree summer.

The Dutch cabinet, which in the coming days will weigh the first results of the ‘partial lockdown’ that we are now in and will probably announce decisions for the coming weeks on Tuesday, was therefore advised by the Red Team on Thursday to end with a hard intervention. to deal with the current ‘yo-yo effect of acquiring and relinquishing freedoms’.

We have all experienced that yo-yo effect in the past six months: the number of people we were allowed to meet with constantly changed, the catering industry closed-open-closed, we returned to the office and went home again. Every press conference of the prime minister led to new adjustments in a just found routine. RIVM head Jaap van Dissel predicts that it will take “until December and maybe January” before the current outbreak is under control.

How avoidable is the yo-yo effect? The cabinet is always weighing up the balance between pandemic control and a society that is as open as possible. The strategy is to keep the virus manageable, with care capacity as the leading parameter. As bed occupancy in hospitals increases, the rules become as strict as necessary to bring them down. This will be followed by easing as soon as possible in order to limit the damage to the economy and social life.

The Red Team, which does not bear the burden of responsibility, argues for a change of strategy: not to make it manageable, but to contain it, a word that has hardly been used in the Netherlands since the start of the first lockdown in mid-March.

Containment starts with a short and strict lockdown, which creates the space to implement a new policy that will reduce the number of infections. That policy should mainly consist of a lot of, fast and preventive testing. Periodic rapid tests in schools, in halls of residence, nursing homes, and churches and mosques should help detect outbreaks at an early stage. The Red Team wants to signal outbreaks at neighborhood level with more detailed sewage water levels.

The International Monetary Fund pointed out last week that public health and economics are not conflicting interests. “Lockdowns can speed economic recovery by reducing the virus and making voluntary standoffs less necessary,” the institute wrote. The short pain costs the least.

For a second lockdown to work, it is necessary to come out in a completely different way than the Netherlands did in the summer, the Red Team emphasizes. A lockdown is just a pause to “learn a whole new dance,” it writes, referring to the much-used “hammer and dance” metaphor. The hammer is the lockdown and the dance is the way in which we continue to deal with the virus after containment.

The Red Team is a supporter of the model with which Germany wants to get through the autumn and winter: a lot of testing, fast and thorough source and contact research and strict isolation of people who have tested positive, whether or not outside the home situation. “A lockdown should really only be used once,” it annoyed.

The lockdown has made a comeback in various places in Europe. The Netherlands is now halfway through a ‘partial lockdown’. On Monday, the cabinet will decide whether new corona measures are needed. The Czech Republic, Ireland, Wales and a region in southern Germany decided to shut down public life to a large extent.

A version of this article also appeared in NRC Handelsblad of October 24, 2020

A version of this article also appeared in nrc.next on October 24, 2020

These were the details of the news Total lockdown: why don’t we actually do that? for this day. We hope that we have succeeded by giving you the full details and information. To follow all our news, you can subscribe to the alerts system or to one of our different systems to provide you with all that is new.