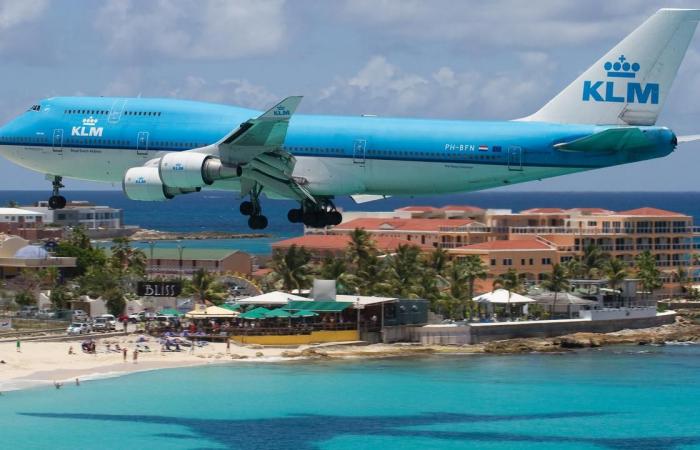 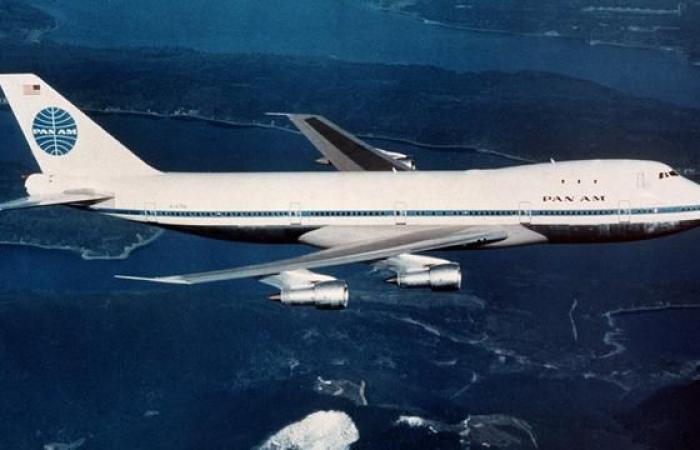 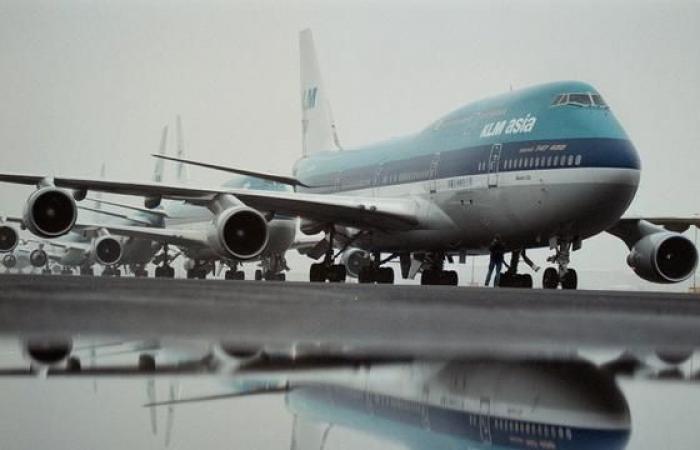 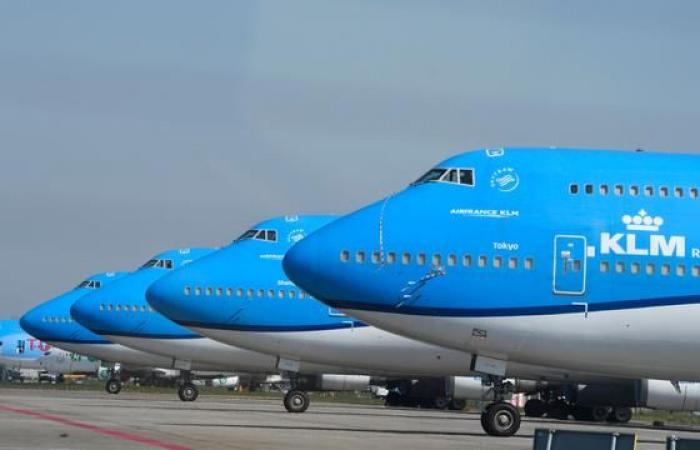 After a few months’ delay, KLM will say goodbye to the Boeing 747 on Sunday. The ‘Queen of the Skies’ was used for cargo flights for a few more months, but after Sunday the iconic blue aircraft will never land in the Netherlands again.

Anyone who took a look at the parked aircraft at or around Schiphol in recent decades did not have to be an aircraft spotter to take the 747 out of it.

Of ‘Jumbo Jet‘is the only one at the airport that has the characteristic bulge at the front, with the windows of the cockpit there. In addition, the aircraft with two nicknames is simply much larger than the average passenger plane.

The 747 has suffered from these trends for some time, just like the much newer and larger Airbus A380. The A380 is now out of production, the 747 almost.

At airlines such as British Airways and thus also KLM, the corona crisis pushed the 747 faster towards retirement. Planes are less crowded, people are at home or go on holiday nearby. It has been very quiet at Schiphol for months. 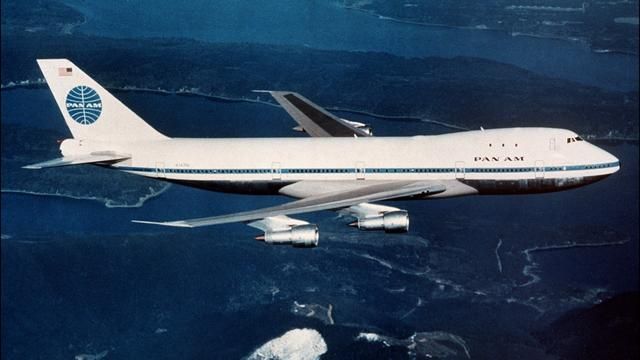 The 747 made flying more accessible

The whole idea in the 1960s behind the big Boeing was precisely the increase in scale. More people could join, making tickets cheaper. The Jumbo Jet made flying more accessible. It was no longer just reserved for people with very large wallets.

In 50 years, Boeing has assembled more than 1,500 747s in a special factory in Everett, Washington. It was the first aircraft with a large fuselage and had two aisles. For years the ‘Jumbo Jet’ was the largest passenger aircraft, until the A380 took over that title in the middle of the previous decade.

The first passenger flight with the 747 was carried out in January 1970 by the American company Pan-Am, a company that no longer exists.

There are more differences with that first flight of fifty years ago. Richard Nixon was still president of the United States. The term ‘internet’ had yet to be coined and Feyenoord was the first Dutch club to win a European Cup I final until later that year. The 747 has been around for quite a while.

Worse enough, Pan-Am made aircraft called N736PA Clipper Victor, the first commercial flight. Seven years later that plane was hit in Tenerife by a KLM 747 taking off. In this disaster 583 people were killed and 61 people were injured. 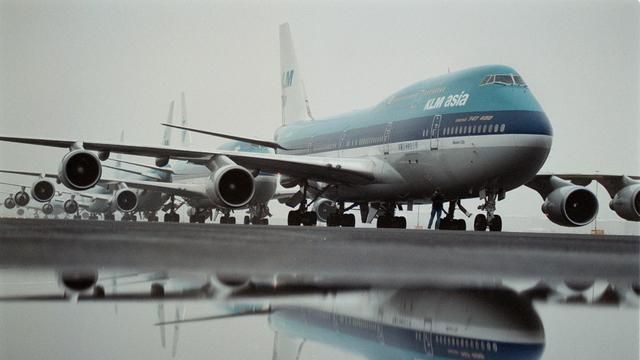 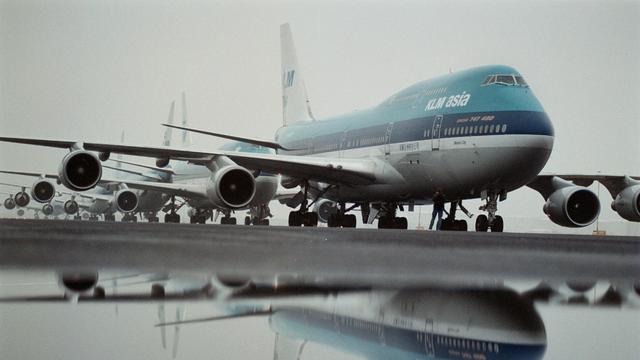 The 747 is a sluggish compared to modern airplanes

Another important difference between the present and 1970 is fuel prices. At the time, favorable consumption was not exactly at the top of the priority list, because kerosene was cheap. Now things are different. The first version, the 747-100, consumed roughly 11,800 kilograms of fuel per hour, for 366 passengers.

Perhaps it is fairer to include 747-400 in this comparison, because KLM has mainly used this version on passenger flights in recent years. Coincidentally, the 400 can take about 400 people and consumes about 10,250 kilos of fuel per hour.

Obviously, aircraft economy is not only about fuel consumption, but it is more pleasant to use the Dreamliner to pay at the pump than with a 747. That should be clear.

Add to this the fact that demand for large aircraft has fallen sharply and KLM’s 747s were already heading for replacement, and the departure can be explained on the basis of those three factors alone. The same is happening with other airlines, although the German Lufthansa continues to fly with their new 747-8 variants. 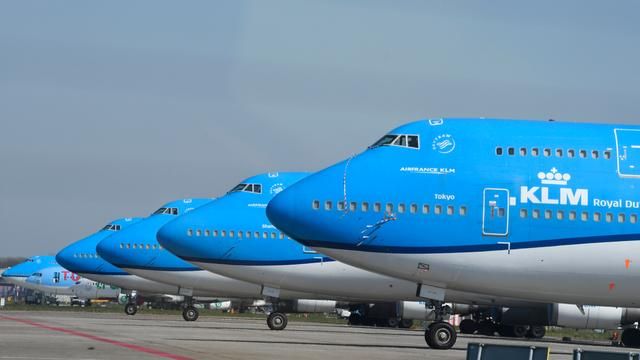 KLM’s last 747s, aground due to the corona crisis (Photo: ANP)

The American president is currently flying 747

If you still want to see the 747 at airports, you can go to the freight department. There the ‘Jumbo Jet’ will show its distinctive face even longer. In addition, the American president is still flying with a 747 for the time being.

Boeing is busy converting two planes to the wishes of the White House, and these planes must last three decades as ‘Air Force One’. We will know who will be the first user after the elections on 3 November.

The large passenger capacity also gave the 747 less attractive entries. For example, the aforementioned disaster in Tenerife was the deadliest in aviation history. A crash with a Japanese 747 in 1985, with 520 passengers killed, is the deadliest single-plane crash. A 747 was also involved in the most famous air disaster on Dutch territory, the Bijlmer disaster in 1992 (43 deaths). Incidentally, incidents involving the 747 usually involved human errors or other external causes.

KLM received the first 747 (PH-BUA) in 1971 and over the years it used 46. Of these, the PH-BFV (City of Vancouver) and the PH-BFW (City of Shanghai) landed at Schiphol for the last time on Sunday. What follows is a trip to the airplane graveyard in the American desert. There they can take a seat next to all those other 747s that have now been overtaken by time.

These were the details of the news Farewell forthcoming: The Boeing 747 has been overtaken by time |... for this day. We hope that we have succeeded by giving you the full details and information. To follow all our news, you can subscribe to the alerts system or to one of our different systems to provide you with all that is new.