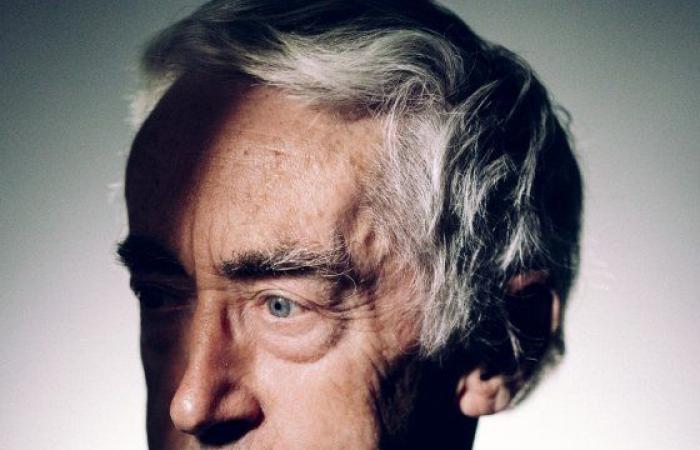 Save all businesses, including the loss-making ones. And a capital tax is required, but not to pay the corona bill. In a new book, economics professor Paul De Grauwe reflects on economics in times of pandemic.

T he capitalism is not a clash between market and state, it is an ecosystem in which both complement each other’s weaknesses. That vision was the central idea behind the book ‘De limits van de markt’, which Paul De Grauwe wrote in 2014. But as the world changes, a new version is in stores this week. With new chapters on the coronavirus, the power of big companies and a reworked text on inequality.

The basic idea has not changed, says De Grauwe. ‘The corona crisis has confirmed the image that the market cannot exist without government. She hits limits very quickly. In the first edition of the book, I mainly talked about how the market creates external costs, such as climate change. The pandemic has made something else painfully clear again: a market cannot withstand a very big shock. Small shocks will work. They even have a purifying effect. But with a major blow, a downward spiral starts that does not stop by itself. The government must then save the market. ‘

The government also normally has limits, although they are not visible to the budget at the moment.

The Grauwe: ‘I don’t see a problem there. The Belgian state borrows for ten years at a negative interest rate. We should not worry about that for the next decade. But today it is all hands on deck. The system is shaking to its foundations. When you go to war, you don’t say, ‘Yes, but how much will it cost?’

The Grauwe: ‘… then the government must be ready to give the same support as during the first wave. We have the resources to do it and we shouldn’t hesitate to use them. We must prevent the loss of thousands of companies, because then the revival will not happen. ‘

In that logic you argue in the book to save all companies, including those that were at a loss before the pandemic.

The Grauwe: ‘Right. I don’t think the government can handle making that distinction. ‘

What do you mean?

The Grauwe: She can’t say to companies, “You’re good and you’re not.” It cannot do that because whoever is left out will organize politically. The bigger the company, the greater the political power. If the government comes down, it is mainly the large companies that will survive and we will drop the small ones.

‘I don’t think there is any reason to do that. Don’t let the virus determine which company will go under. The government must support everyone. And afterwards, when the economy revives, the market will determine who survives. ‘

Can a democracy survive if a class has billions and passes them on to the next generation? That is a return to the concentration of power of the ancien régime.

The big question is how temporary this crisis is. The state cannot support all companies for years.

The Grauwe: ‘The Spanish flu lasted for two years and then she was gone. Have you ever heard of the Spanish flu in history class? I wasn’t at school at the time. I think the pandemic is temporary and the economy will rebound after that. That’s why I’m not too worried about the debts. ‘

But central banks just can’t get out of their crisis policy.

The Grauwe: ‘The danger of that is inflation. But that only occurs when the economy picks up. At that time, central banks must withdraw the excess liquidity from the market. They can. ‘

The free money policy threatens to blow a bubble on the stock markets. And above all, it makes those who own shares richer.

The Grauwe: ‘If it really is a bubble, it will crash. Any inequality that may arise as a result is corrected. I’m not too worried about that either. ‘

Perhaps the most important limit for the state right now is not money, but a rebellious population that doesn’t always follow corona regulations.

The Grauwe: ‘That’s right. I think that has to do with a devastated individualism, where people believe that their freedom is absolute. While the liberal philosopher John Stuart Mill rightly explained as early as the 19th century that my freedom is limited by yours. In all my liberty, I have no right to harm you. That insight has disappeared from many people. I’m a big proponent of privacy, but privacy shouldn’t make contact tracing impossible, right? ‘

The second new chapter in your book is about monopolies. Is that prompted by the advance of Google, Amazon, Apple and Facebook?

The Grauwe: ‘It’s wider. I have been influenced by The Great Reversal, a book by Thomas Philippon. He is a Frenchman who works in New York and noticed that long ago in the United States everything – internet, phones, cameras – was cheaper than in France. Now that is the other way round. ‘

How did that happen?

The Grauwe: ‘Due to a turnaround in competition policy. The US used to be a beacon in the fight against overly dominant companies, based on their experience with the oil barons. That has stopped, under the influence of the Chicago School. The European Commission, on the other hand, has embraced that antitrust policy. Like when European Commissioner Margrethe Vestager blocked the train merger between Siemens and Alstom. ‘

‘As a result, there are greater concentrations of power in the US than in ours, including at hospitals and insurance companies. That partly explains why Americans pay so much for their health care without getting better service. ‘

Why did you rewrite the chapter on inequality? You mentioned Thomas Piketty in the first edition.

The Grauwe: ‘I wanted to draw more attention to what globalization has done to inequality. I discuss Milanovic’s curious curve, which resembles an elephant facing to the right with the trunk up. That graph shows how for half of the world’s population – that’s the elephant’s broad high back – globalization has been very good news. It has lifted hundreds of millions of people out of poverty in Asia. ‘

But then the line goes down – from the elephant’s head. Those are the losers with us. It is an industrial working class that used to have a very good life and now much less. On the far right you can see the trunk rising: that is the well-educated elite that flourish in times of globalization. ‘

Is that an Anglo-Saxon story? Or ours too?

The Grauwe: ‘Mainly an Anglo-Saxon, but also a bit ours. We have coped with that problem much better thanks to our social security. That shows again how the government is needed to correct. For that reason, I also pay attention to American taxation in the 1950s, when top incomes were taxed 95 percent. The government confiscated almost everything. This is remarkable, because the skimming of top incomes then coincided with the flourishing of American capitalism. ‘

You are in favor of a wealth tax, you write, even in Belgium, which is already heavily taxed.

‘I think we need that because too much wealth inequality is not good. Can a democracy function when a class has billions and passes that wealth on to the next generation? That is a return to the power concentrations of the ancien régime. ‘

You see it not so much as a way to pay the corona bill – because the interest is negative – but as an ethically necessary measure?

The Grauwe: ‘And as a measure to prevent democracy from being undermined. The French aristocrat Alexis de Tocqueville wrote in ‘De la démocratie en Amerique’ almost two centuries ago how a democracy works in an egalitarian society, where no one is rich enough to corrupt politics.

‘I am a liberal. I am for equality of opportunity. Too great inequality is a mockery of that. ‘

These were the details of the news “When you go to war, you don’t ask, How much does... for this day. We hope that we have succeeded by giving you the full details and information. To follow all our news, you can subscribe to the alerts system or to one of our different systems to provide you with all that is new.