The price of the euro in Egypt today, Sunday, October 18,... 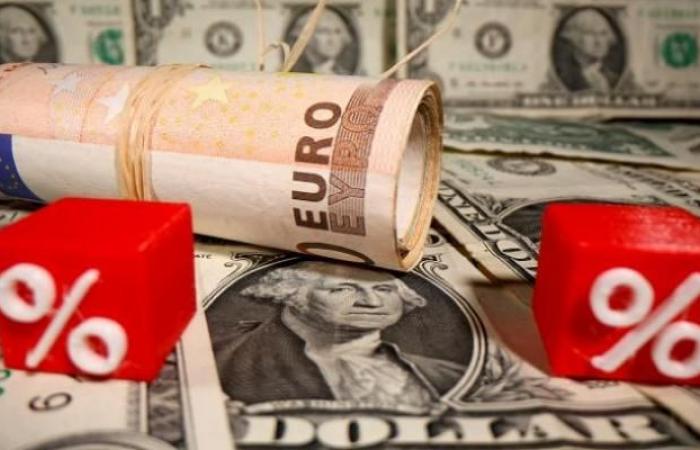 The average price of the European euro against the Egyptian pound stabilized today, Sunday, in early dealings with automatic teller machines, exchange companies, and Egyptian banks.

And recorded in the National Bank of Egypt, (the largest government bank), about 18.40 pounds for purchase and 18.64 pounds for sale.

While the euro exchange rate in the Central Bank of Egypt was about 18.28 pounds for purchase and 18.41 pounds for sale.

On Thursday, the Egyptian Ministry of Finance said that the Egyptian offering of government sovereign green bonds, worth $ 750 million, is for a period of 5 years.

While the Kuwaiti dinar recorded about 48.74 pounds for purchase, and 51.46 pounds for sale.

These were the details of the news The price of the euro in Egypt today, Sunday, October 18,... for this day. We hope that we have succeeded by giving you the full details and information. To follow all our news, you can subscribe to the alerts system or to one of our different systems to provide you with all that is new.