Sudden decision by Tesla for the Chinese auto market 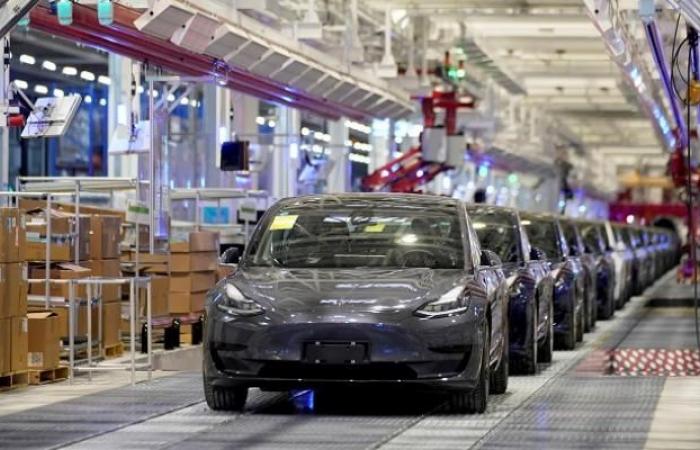 US electric car maker Tesla announced on its website that consumers in China can no longer return their cars unconditionally within 7 days of delivery.

According to the statement, which was issued surprisingly, this policy has come into effect as of Friday.

Tesla could not be reached by phone on Saturday, according to Bloomberg News.

Under the previous policy that was applied to orders made after July 22, consumers were allowed to return cars within 7 days of delivery if the car had registered less than 1,600 kilometers (1,000 miles) and had not sustained any damage.

Reducing the price of the car “S”

On Friday, the US electric car maker Tesla announced a cut in the price of its Model S Long Range saloon, according to what Elon Musk, CEO of the company, posted on the Twitter site.

Musk wrote on the social networking site, “We were subjected to stinging criticism … the prophecy will be fulfilled. As of tonight, the price of the S-model will be $ 69420.”

In response to another tweet, Musk confirmed that Tesla will start production of the seven-seater Model Y next month, with the aim of starting delivery to customers in early December.

It is noteworthy that this is the second time that the American company has reduced the price of the Model S car in a week.

On Tuesday, the company announced a 4% reduction to $ 71,990, and the company also reduced the price of the car in China.

Last month, the US electric car giant, “Tesla”, pledged to put an electric car on the market at a price not exceeding $ 25,000 within 3 years, after reducing the cost through a series of technical improvements.

These were the details of the news Sudden decision by Tesla for the Chinese auto market for this day. We hope that we have succeeded by giving you the full details and information. To follow all our news, you can subscribe to the alerts system or to one of our different systems to provide you with all that is new.