The price of the dollar in Lebanon today, Friday, October 16,... 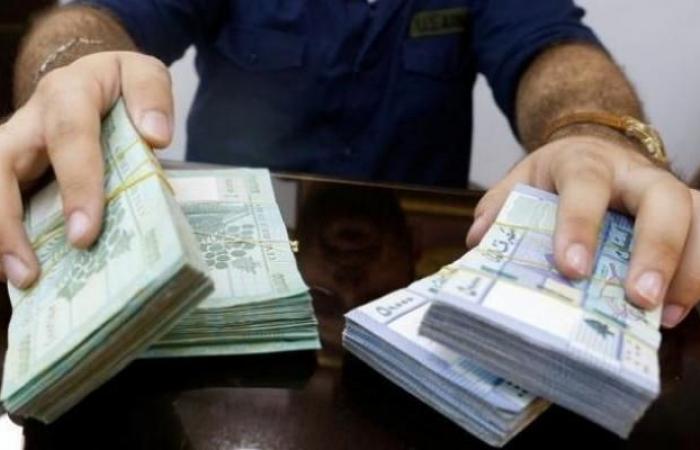 The average price of the dollar against the Lebanese pound stabilized in the parallel “black” market at the beginning of Friday’s trading.

The average price of the green currency ranged between 8 thousand and 8200 pounds, depending on the regions.

Lebanon is experiencing a severe economic crisis, which affected aspects of life, as poverty increased, inflation rates increased, and unemployment recorded the highest rates in the country’s history.

The International Monetary Fund has set two conditions to help Lebanon, namely the lifting of subsidies and the price of the dollar at only 600 pounds.

The International Monetary Fund once again pushed the ball into the Lebanese’s court, and declared its readiness to work with Lebanon to solve its economic crisis, provided that it finds a government that is suitable as a partner.

IMF Managing Director Kristalina Georgieva said, on Wednesday, that the fund was “fully prepared” to work with Lebanon to solve its financial problems and restructure its debts, but that it needed a partner within the government.

In light of the depletion of dollar resources, the Central Bank provided foreign cash for imports of fuel, wheat and medicine at an official rate pegged at 1,507.5 Lebanese pounds to the dollar, which is well below the current price.

The Syndicate of Money Changers in Lebanon announced pricing the exchange rate of the US dollar against the Lebanese pound with a moving margin between buying at 3850 pounds and selling at 3900 as a maximum.

The Central Bank of Lebanon fixed the exchange rate of the dollar at 1,507.5 pounds.

This price applies only to imports of fuel, medicine and wheat.

Lebanon, grappled with a heavy debt burden, is facing its most severe economic crises since the 1975-1990 civil war.

These were the details of the news The price of the dollar in Lebanon today, Friday, October 16,... for this day. We hope that we have succeeded by giving you the full details and information. To follow all our news, you can subscribe to the alerts system or to one of our different systems to provide you with all that is new.