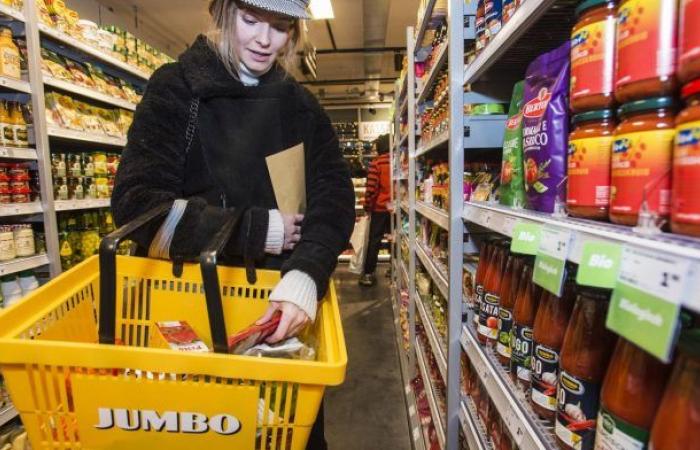 For example, Deen closes its shops from tomorrow in the evening. Other supermarkets are taking less rigorous steps and super dome CBL especially wants more time to arrange everything.

Deen’s management came to the decision because of ‘the safety of the personnel’. The ban, which was announced by the cabinet yesterday and takes effect tonight, cannot be enforced, according to the super. The company’s branches normally close at 9:00 PM or 10:00 PM.

“Otherwise it is difficult or impossible to enforce. We do not want our employees to have endless discussions with customers”, spokesman Geertje Meijer told the Noordhollands Dagblad.

The Albert Heijn stores will remain open, spokesman Jerina van Heck told RTL Z. “We just don’t sell alcohol after 20:00.” According to Van Heck, AH wants to inform customers about the measure, including through posters in the stores and broadcast messages.

“Shops will cover or close the shelves and / or aisles where the alcoholic drinks are kept, as best as possible. For example with the help of roll containers, crates and barrier tape.”

If a customer is at the counter with alcohol after 8:00 pm, sales will be refused. The cashier then takes the product. An employee also collects the products at the self-scan checkouts.

Marit van Egmond, general manager of Albert Heijn, sent a letter today to customers stating the ban. “It is a situation that everyone would rather see differently,” said Van Egmond.

The ban also affects the online sale of alcohol at AH. Starting tomorrow, the company will not deliver alcoholic beverages in the delivery blocks after 8:00 PM. By the way, it became clear yesterday that it is once again very busy with online ordering and home delivery.

Jumbo also announced that it would respect the ban. “The alcohol shelf in the shop will be closed at 8 pm and any liquor stores in shops will also close,” said spokesman Suzanne van der Vaart. This also applies to online shopping.

Incidentally, Jumbo also reports that there is a maximum per customer for the purchase of toilet and kitchen towels. Exactly how much that is is not reported.

Dirk and Dekamarkt, both of the owner of Detailresult Groep, (DRG) are taking similar measures as Jumbo and AH.

According to supermarket umbrella CBL, the alcohol ban presents the sector with a dilemma. They want to serve their customers with extended opening hours, but prefer not to have an ‘unwanted’ discussion about alcohol with them. Think of a customer who is allowed to pay just after eight and has had to wait in line for a long time with that bottle of wine.

CBL calls the online dressing of a ban ‘technically complex’. “Supermarkets need time to adjust their ordering systems,” says the organization. The CBL therefore asks the government for a transition period of one week to organize this. Also because groceries that are delivered tomorrow are often ordered last week.

Online super Picnic says it will also adhere to the ban, although that is a bit of a job to arrange technically. “It takes a lot of man hours”, says owner Michiel Muller.

People who want to buy alcohol in the late hours do not come to the company anyway. Where the measures are aimed, according to Muller. “Families order from us for the next day or week,” he says. Even so, they will not receive a bottle of wine after 20:00 from tomorrow. “We will of course pay that back if it has already been settled.”

Incidentally, supermarkets are not the only deliverers who have to deal with the ban, food services such as Deliveroo are also affected. According to Stijn Verstijnen, manager of the Dutch branch, all alcoholic drinks are ‘invisible’ via their website after eight hours. “A team of people is now hard at work to make that happen,” he says.

*The article has been translated based on the content of Source link by https://www.rtlnieuws.nl/economie/business/artikel/5190278/supermarkt-alcohol-verbod-coronavirus-lockdown
. If there is any problem regarding the content, copyright, please leave a report below the article. We will try to process as quickly as possible to protect the rights of the author. Thank you very much!

These were the details of the news Supermarkets struggle with alcohol ban: ‘Not to be enforced’ for this day. We hope that we have succeeded by giving you the full details and information. To follow all our news, you can subscribe to the alerts system or to one of our different systems to provide you with all that is new.