A mineral competing with gold for the throne of the safe... 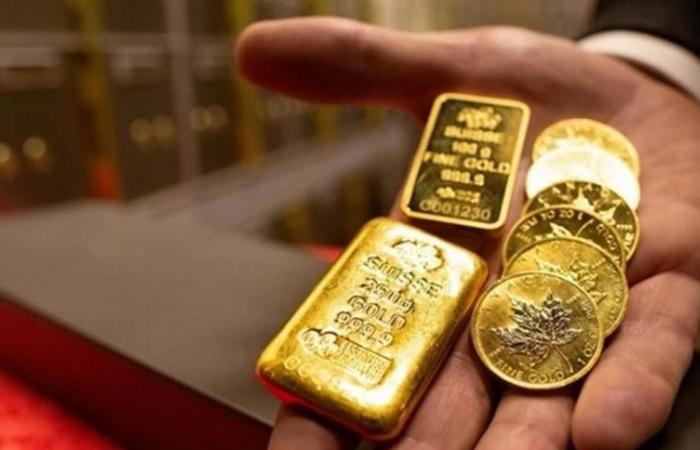 In recent years, a precious metal has become the strongest competitor for gold to occupy the throne of safe investment, especially at a time of epidemics, wars and political tensions that negatively affect the risk appetite of investors and push them to search for safe havens to invest their money.

Although it was discovered in 1803, the luster of the “palladium” metal increased its shine in the eyes of investors during the past four years, after achieving record price surges, until it became more expensive than gold itself, and the price of palladium reached its highest level in history on February 27, recording 2882.11 A dollar for an ounce, compared to 1661.40 dollars for an ounce of gold on the same day, before the Corona epidemic began to paralyze the global economy.

Palladium is 30 times more scarce than gold, and it is one of the six elements in the platinum group that are known to be excellent catalysts to increase the speed of chemical reactions, and gold is a secondary metal in the sense that it is extracted from platinum and nickel mining processes, and it has very important physical properties that are used. This reduces carbon emissions by up to 90 percent.

About 80 percent of palladium production is used in the automotive industry to reduce carbon emissions from car exhaust, and it is also used in many industries including: electrons, dentistry, chemical applications, jewelry (so it is called white gold), water treatment, and a number of Of other industrial products.

The importance of palladium

The importance of palladium, along with its properties and versatility, is due to its scarcity. According to investing.com, stocks of palladium above ground have decreased by 5.3 million ounces (165 tons), or about 30 percent, since 2010.

Metals Fox, a mineral consultancy firm, expects the palladium shortage to reach 124,000 ounces (3.9 tons) this year, indicating that this will be the lowest deficit in the palladium market since the market was in surplus for the last time in 2011. In 2016 the deficit was 1.29 million ounces.

With the European Union tightening its conditions to curb harmful emissions, especially related to car exhaust, especially in 2015 after the scandal of manipulating the German car manufacturer Volkswagen to manipulate the measurement of car exhaust percentage and falsify data on that, the demand for palladium increased significantly because it mainly entered the engine industry. Cars, what pushed the white metal to record price spikes.

International car companies coat the catalytic converters with a thin layer of palladium, which when burning fuels reduces emissions of carbon monoxide, nitrogen oxide and nitrogen dioxide before expelling them through the exhaust system out of the car in the form of water and carbon dioxide.

According to the “Euronews” website, some European and US cities witnessed a remarkable increase in cases of theft of catalytic converters in 2019, to obtain palladium after recycling these transformers.

The authorities in the US state of Virginia recorded more than 15 cases of theft of catalytic converters from cars left on the streets in just two months last year, and the British police also recorded a number of car thefts such as BMW, Audi and Volkswagen, which are the most supplied with the metal of palladium, which is sold in Groceries at prices around $ 400.

Small cars and light trucks contain, depending on the location, 2 to 6 grams of palladium metal, while all-wheel drive cars that produce higher rates of exhaust have about an ounce of palladium, or about 31.1 grams.

British media websites circulated a video tape of a thief stealing the transformer in the daytime mode and on the highway, causing traffic jams, without paying attention to those around him or the stifling traffic that he caused. Stolen, distraught and baffled by the videographer.

In Missouri, thieves have set their sights on trucks. Pollution control devices were taken from about 20 trucks parked at one location near St. Louis earlier this month, which is a smart choice because larger cars use more platinum metals in their converters.

According to the “numbers” website, Russia, South Africa, Canada, the United States and Zimbabwe are the five largest palladium producing countries in the world.

And the Russian “Norilsk Nickel” company ranks first among the largest producers of palladium in the world, as it represents 39 percent of global production.

Ways to invest in palladium

These were the details of the news A mineral competing with gold for the throne of the safe... for this day. We hope that we have succeeded by giving you the full details and information. To follow all our news, you can subscribe to the alerts system or to one of our different systems to provide you with all that is new.